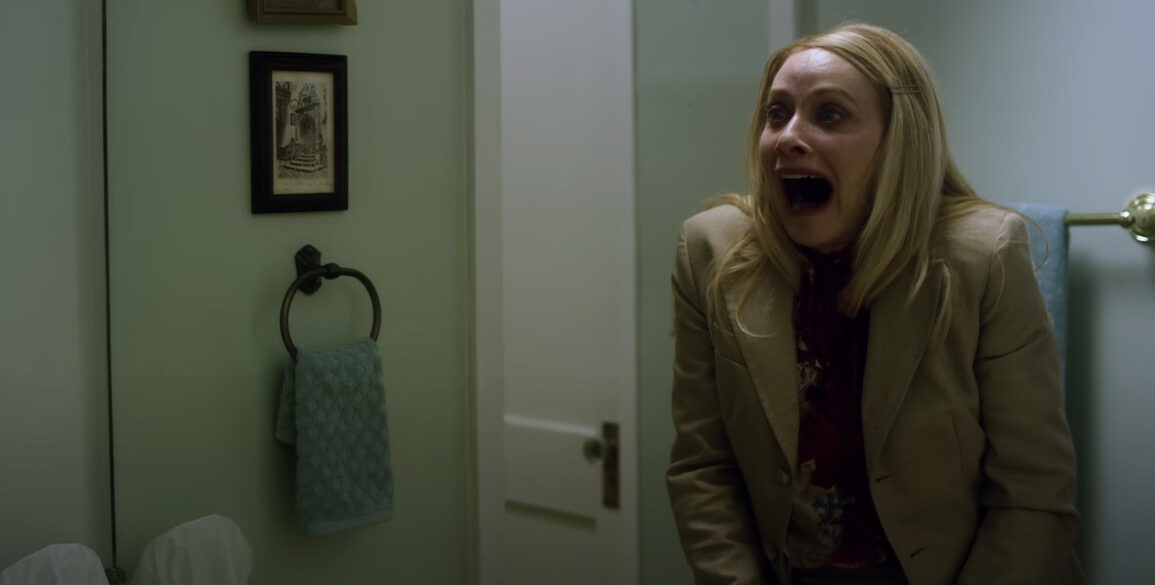 It’s no secret that we’re a bunch of Joe Lynch (‘Mayhem’) enthusiasts here at Downright Creepy so when we heard he had just wrapped filming on his latest film, well, he had us at “erotic body-swaping horror.” In case that’s not enough to get you on board, check out this cast: Barbara Crampton, Heather Graham, Judah Lewis, and Jonathan Schaech. We don’t have a lot of details yet but we do know the script is loosely based on the H.P. Lovecraft story “The Thing On The Doorstep” which lives in the Cthulhu universe and focuses on a psychiatrist (Graham) who becomes obsessed with a young client with multiple personalities.

This film will also mark a bit of a ‘Re-Animator’ reunion as Crampton is joined by screenwriter Dennis Paoli and executive producer Brian Yuzna. When Deadline first brought us this story last week they did not yet know the title of this project, but in the latest issue of Fangoria magazine that hit my doorstep yesterday Crampton tells us it’s called ‘A Suitable Flesh’. Only time will tell if that’s the title it officially releases under.

Genre producer Amp will be handling worldwide sales on this project and has officially brought Crampton on as their Vice President of Production and Development. Here is what Crampton told Deadline about her work with Amp: “We’ve been so fortunate to work with top talent both behind and in front of the camera on our recent films. At Amp it’s about developing not only memorable, thought-provoking material for an audience, but also fresh and unusual enough to attract the very best creative collaborators. I was ecstatic when first the formidable Joe Lynch, then Heather Graham signed on – her natural charm is always in evidence, but we get to see a different untapped side of her abilities here. I’ve been thrilled to be invited to join seasoned pros at Amp, and we are only getting started.”

Director Joe Lynch says, “When I read Dennis Paoli’s adaptation of the story, I felt like there was a fantastic opportunity to update and subvert Lovecraft’s often old-fashioned sensibilities in a way that felt modern, relevant and even dangerous, with a pinch of ’90s neo-noir and a dash of eroticism to spice up the stew. Working with Amp and such a fantastic cast – including Heather, Judah, Barbara, Bruce and Johnathon – we’re so excited that this sexy, funny, scary film isn’t just a modernized love letter to Lovecraft, but the kind of provocatively entertaining “sin-ema”