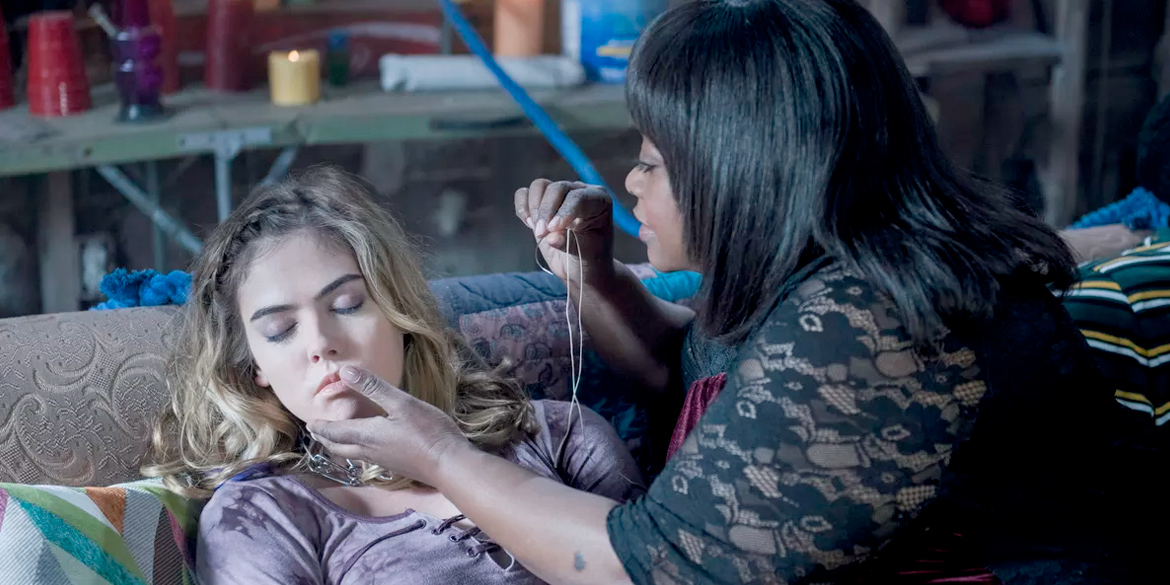 Octavia Spencer must have read my review of 2017’s The Shape of Water, in which I accused the Oscar-winning actress of playing the same role in The Help (2011) and Hidden Figures (2016). She plays that role only half the time in the new thriller,Ma, and it’s her “evil twin” side that plays the other. Sweet and sassy one minute, like always, she turns on a dime to be angry and cruel the next.

It’s not necessarily a surprise that a star of her caliber would stoop to a movie like this; many do after receiving the highest honor in their craft. I’m a little surprised, though, that the director, Tate Taylor, joins her. He directed The Help, so maybe it was a package deal for Blumhouse Productions. Knowing its pedigree may help explain why I got such a kick out of Ma.

On the surface, it’s an odd horror hybrid that mixes the backstory of an 80’s slasher flick with the sensibility of a 90’s Scream-ripoff and adds a little bit of aMisery vibe. Considering I laughed more than I jumped (although I did jump, also), Ma might best be categorized as a black comedy. It will probably be misunderstood and therefore overlooked, but if you dig beneath the surface, it’s worth watching.

Spencer plays Sue Ann, a small town local that never left home. When Erica (Juliette Lewis) and her 16-year old daughter, Maggie (Diana Silvers), move back to town after her marriage fails, they trigger bad memories from the past for poor Sue Ann. As if it’s not fishy enough that she keeps the high school kids supplied with alcohol for their parties, jewelry soon goes missing and beloved family pets soon become ill.

Lewis is usually a kooky actress; it’s hard to picture her as a loving mother working as a casino waitress to provide for her family. Her range jumps from one end of the emotional scale to the other. She’s perfect here, though. Some of her reactions are genuinely funny, yet not comedic. It’s one part of a movie that feels authentic to me, even though the situations are outrageous.

Silvers is good, too. She was in Glassand appears in the current, critically acclaimed film, Booksmart. Maggie and her other high school friends are stereotypes and we don’t know much about them as characters, but the movie doesn’t suffer because of it. They’re all either so stupid or so desperate for entertainment in a boring town that they develop an inappropriate relationship with Sue Ann.

The humorous vibe in Macould be attributed to screenwriter Scott Landes, a writer and story editor on Workaholicsbetween 2014 and 2017. He leaves some plot holes, but if he filled in the gaps, I’d probably complain that the movie was spoon-feeding its audience. There are two examples where we are left to imagine events leading to the present. Since they’re the closest things coming to a twist, I won’t spoil them.

I guess that’s what’s missing most from Ma: a good twist. As over the top as it ultimately becomes, it’s still a little too restrained. Events escalate and become downright gruesome, but the movie doesn’t quite pack the punch it needs to elevate it. Godzilla: King of the Monsters will probably stomp all over it this weekend, but don’t forget Mawhen it starts streaming. Netflix may be the perfect home for it. 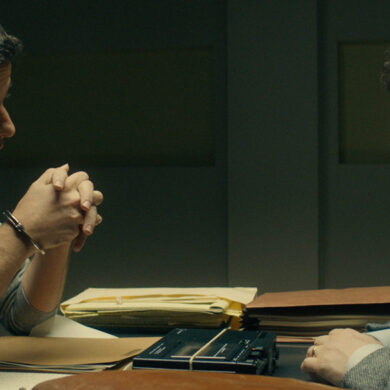