A stroll through hellish houses, childhood nightmares, and the deep woods 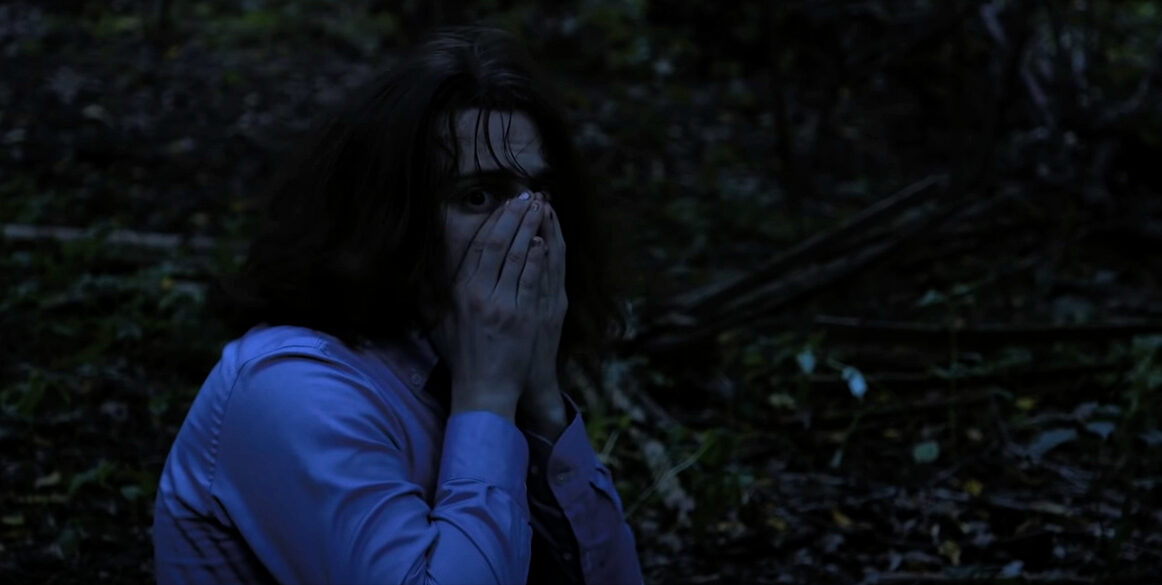 You know when you inadvertently go down those Youtube rabbit holes and end up watching a video that just won’t let you close your eyes? It’s probably not even that bad—especially in daylight— but right now, with your back to the darkness as you try to sleep, suddenly you can hear all the little things that move in the breeze of your fan.

Those rabbit hole adventures sometimes take hours— and that’s all part of the fun— but if you’re short on time, here’s a few short films that’ll give you that 3am fear of the dark in no time.

“This is not horror video. This video was created simply by filming inside my house.”

“There is a typhoon in Japan.”

Being woken up in the middle of the night is usually not a pleasant experience, but our hospitable host takes it as an opportunity to grant us a little tour of his beautiful, traditional Japanese home.

This 12 minute video is all vibes. Zero spoken dialogue, however there are subtitles in both Japanese and English. Our host doesn’t say much, at least in terms of variety. They narrate through the entire video, but their narration almost completely consists of repetitive sentences. This narration is perfectly suited for the house we are taken into though, as it seems to be an almost never-ending one. The house is unbearably claustrophobic with dark and narrow hallways; yet, those same hallways also show the house to be paradoxically bigger on the inside than it should be. Every sudden turn around a shadowy corner is a left one, making it impossible for this labyrinth to go as deep as it does— but the house doesn’t follow our rules.

In the same way the house destroys the concept of space, it cares even less for the concept of time. For as our descent continues, the house becomes increasingly hellish— as a crimson decay consumes the walls along with everything else the deeper we go. The kind of rot that could only be after decades of abandonment, is found in this illogically infinite house.

This TARDIS like house is certainly not as whimsical and adventurous as its phone-box counterpart, but I do think that Grandma and Grandpa should definitely see some kind of doctor soon. 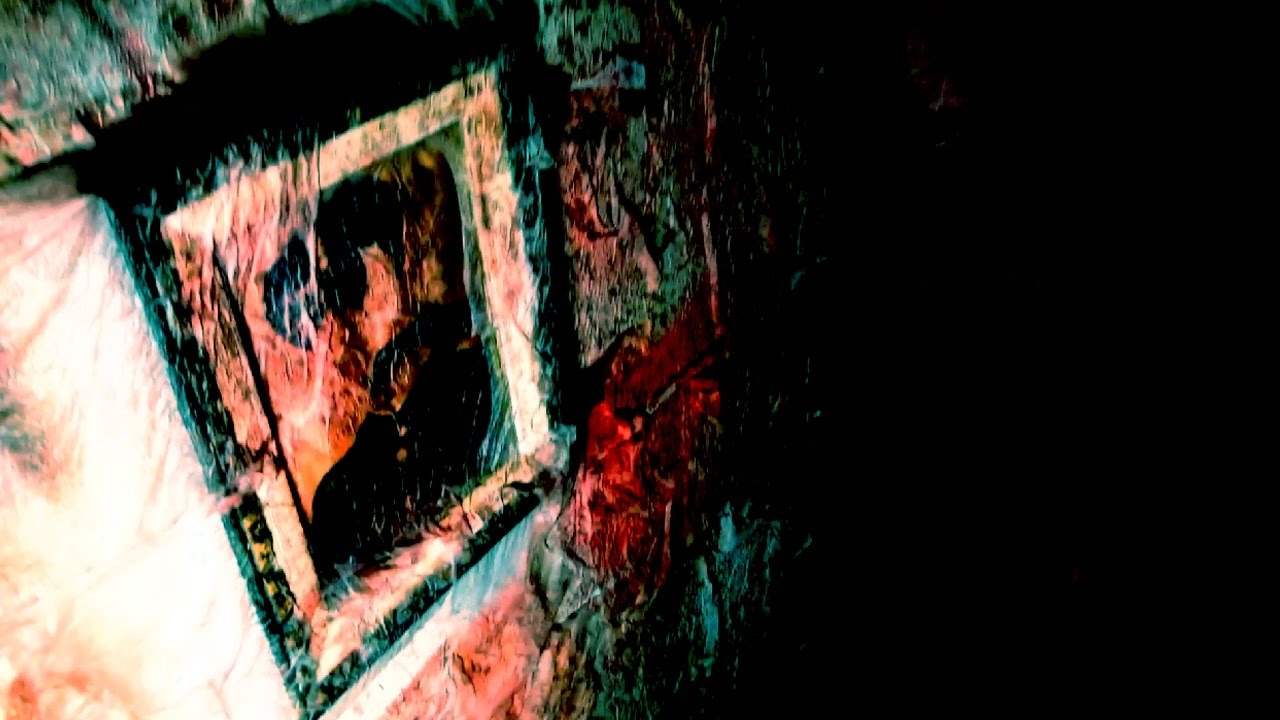 Earn $20K EVERY MONTH by being your own boss

Tired of your should-be-illegal minimum wage job? Want to make exponentially more for exponentially less back-breaking, feet-aching labor? Well now you can! And all you have to do is work from home, make your own hours, and be your own boss! And don’t you worry, Brian David Gilbert is here to walk you through it with this straightforward and simple video.

Though a little awkward, Brian jumps straight into sharing his success story, introducing the program that took him from ‘there, to where he’s standing right now.’ As his explanation continues, Brian grows more and more paranoid about his work. Questions of what his seemingly meaningless labor even means, and who and where his money is coming from start to creep into his mind. Soon, the screen starts glitching and its almost as if the uneasiness has seeped into the video itself too. And by the end, even Brian himself seems to glitch out as well.

Sitting in that hard to reach sweet spot, between awkward comedy and horror, Brian’s success story might just convince you to join him on this journey towards financial independence. 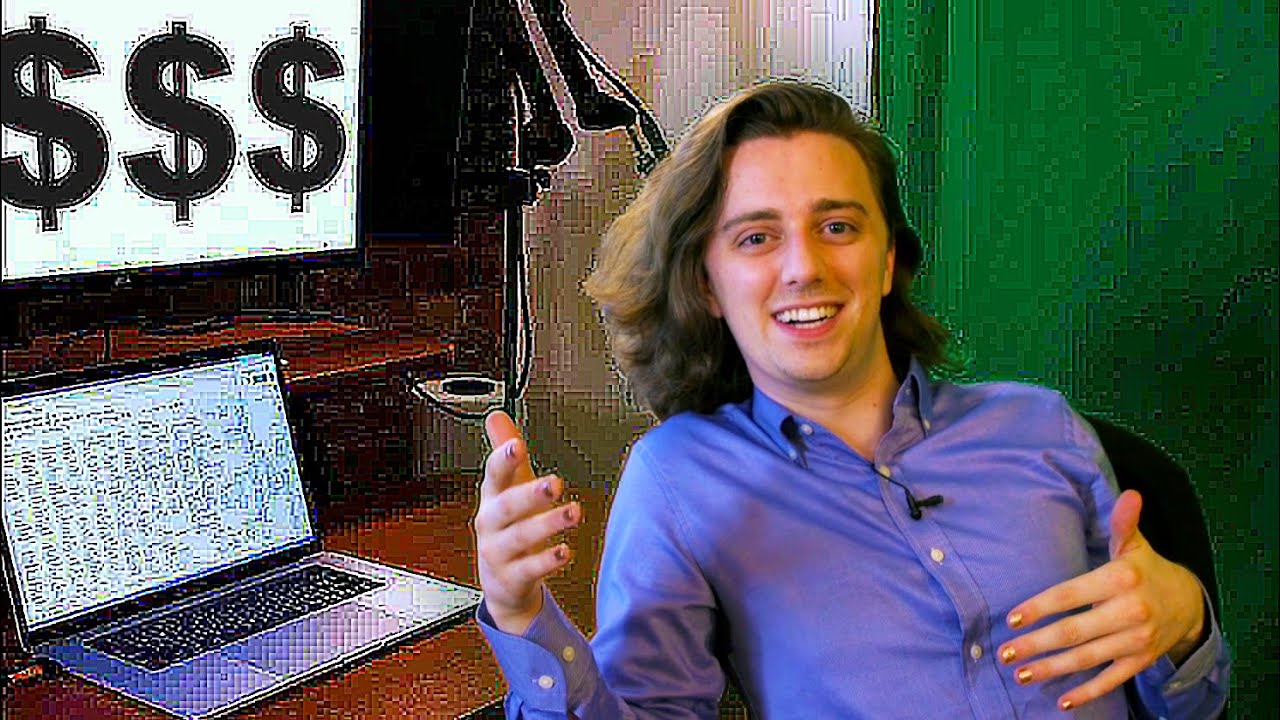 Remember that specific nightmare from when you were a kid? You know the one that never really went away after all those years, and still kinda sticks with you? Well, youtuber AurimasFilms took his incessant childhood nightmare and put it on screen in the short My Childhood Nightmare (Mano vaikystes kosmaras) . As the video’s description reads, this two-and-a-half minute short is a “Home made claymation adaptation of recurring nightmare from my childhood.”

Reminiscent of David Lynch’s web series Rabbits, My Childhood Nightmare fills a singular room with an eerie and deeply uncomfortable atmosphere, all the while the whole family is there too. Unlike Rabbits, AurimasFilms’ short has no dialogue whatsoever. The film is not completely without sound though; but its sparing use of it only adds to the already uneasy stillness. Even the medium itself assists. The very nature of stop-motion makes smooth movements a lot more difficult. Far from a fault, it’s this clunky movement that really makes this creepy scenario feel like a bona fide nightmare.

Aside from Aurimas himself, most people probably haven’t had this exact nightmare. But surely, as a child, almost everyone had a nightmare where their parents or their family were just not acting quite right. At home, or in your neighborhood, things seemed almost normal, but you just can’t shake the feeling that you’re unsafe. Maybe you still can’t put the words to it now, but My Childhood Nightmare captures the feeling so perfectly, that you won’t need words for it. 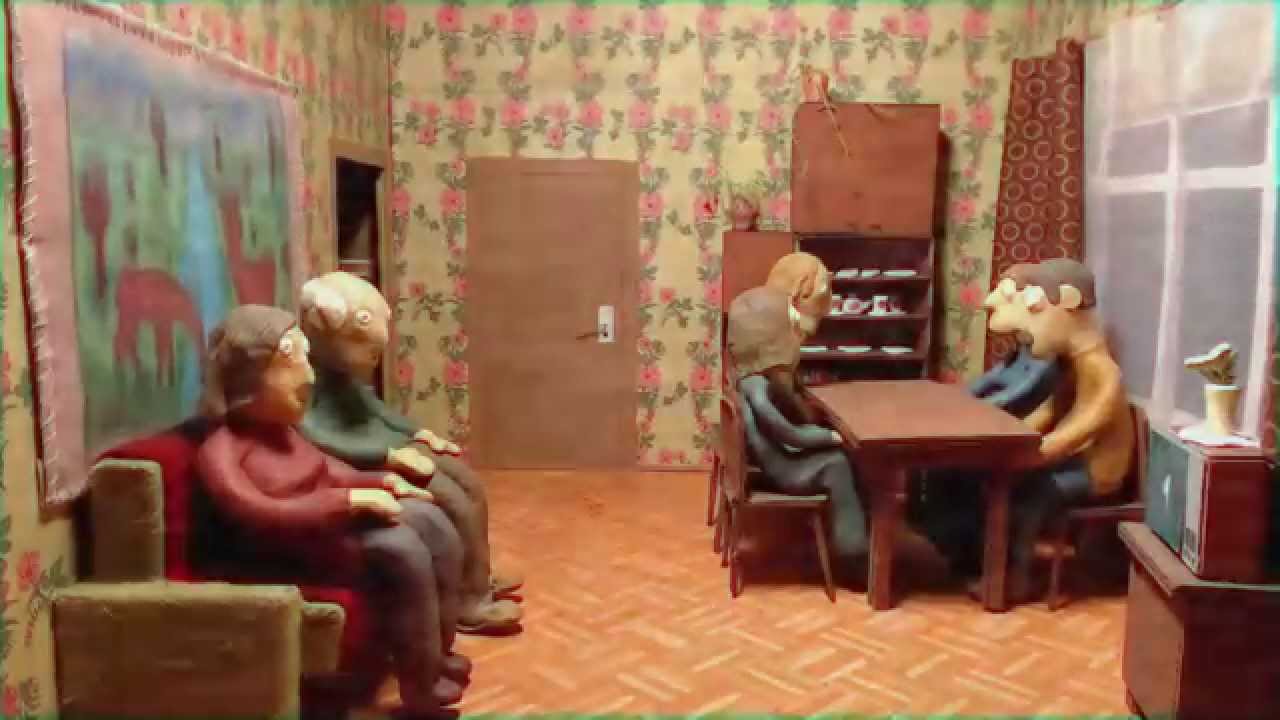 Dogs always seem to know something is up in a haunted house way before the people do. In movies, they’ll refuse to go inside; bark at a door or hallway, and unfortunately, will usually pay the price for it. Their warnings constantly go unheard. However, Joe Cappa gives these canine clairvoyants a chance to tell their own story, but with a little twist.

The animated short film Ghost Dogs introduces the main antagonist right away: the Roomba. This vile villainous vacuum makes its way to our puppy protagonist, luckily shielded behind a doggy fence in a laundry room. In the otherwise empty house, it doesn’t take long for this newly rescued puppy to receive some company. On the opposite side of the fence, await a pack of uncanny human-like ghost dogs.

At first, this doesn’t sound like a film that would fit in with the others on this list. And in some ways, its not. The ending is actually sort of sweet— albeit in a really backwards way— and it’s fusion of comedy and horror is so slick, sometimes you don’t know if you should be laughing or recoiling. What ultimately pushes the film closer into the territory of horror is its art style and animation, all done completely by hand. It’s seeing the ghost dogs interacting with their genitals both like humans and like dogs. They are paradoxically both and neither species, but always unnatural.

Ghost Dogs probably won’t make you leave your dog at your local shelter, but it will absolutely grant you the definitive answer to the long pondered question: how would a dog would wear pants.