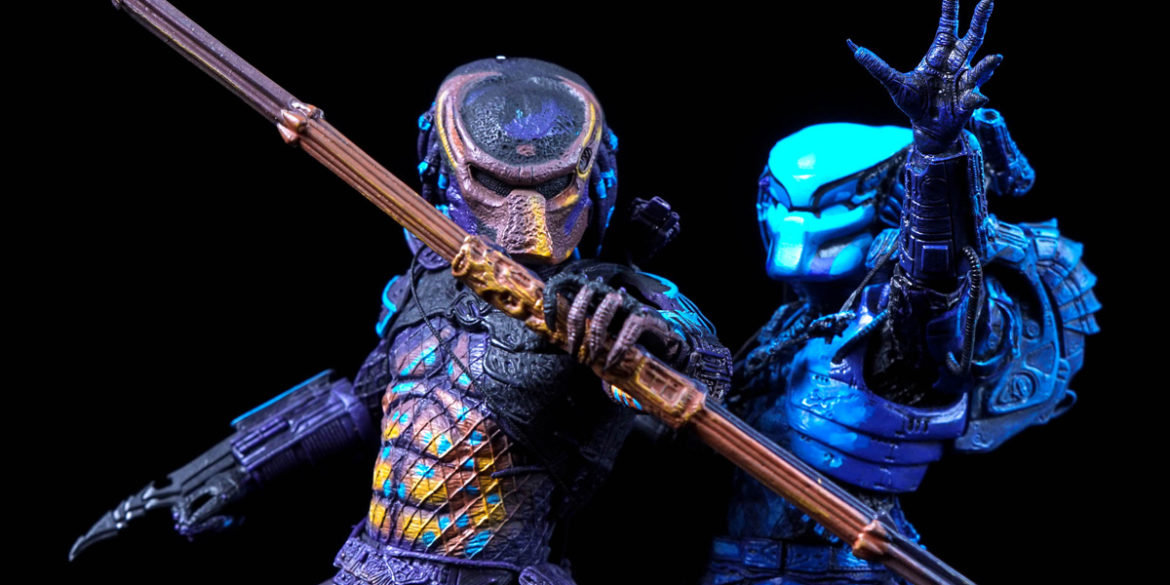 With over 60 figures in the line so far, it’s about time our Predators got a sweet ride! Coming in January, the spectacular Blade Fighter vehicle is a massively fun addition to your collection, and loaded with enough weaponry to satisfy even the most aggressive Predators. Take a sneak peek at the final model and packaging!

This massive vehicle is an homage to a classic Kenner vehicle from the 1993 Predator toy line. When fully assembled, the Blade Fighter is over 2 feet in length and accommodates most 6″- 8″ tall action figures! (Figures sold separately.) This is a must-have for Predator fans and will come in gorgeous closed box packaging featuring original art and illustrations like the classic toy lines of yesteryear.

Features: –hinged cockpit –ball-jointed cannons –spring-loaded projectile –spring-loaded detachable 19″ long blades –removable wing guns (can be hand held by your Predator action figures) –areas for extra weapon storage –clips for holding an extra Predator mask
In addition to the Blade Fighter NECA also announced that the company unveiled the first look at the latest figure in the video game line, inspired by the 1991 Predator 2game for the Sega Genesis. A special paint deco reproduces the stylized 16-bit look of the character from the end title screen, known as the “City Hunter.”

City Hunter stands 8″ tall, with over 25 points of articulation for great poses, plus staff, disc, skull and spine accessories. Like the other figures in the line, he comes in special window box packaging to re-create the look and feel of the classic video game cartridge box.