Review: ‘Pyewacket’ Wasn’t A Cat Movie Like I Hoped It Was

Yes, I admit it I am RIDICULOUSLY late to the Pyewacket  train.  To be honest, when I heard the name of the movie, for a split second I thought someone had made an entire film about the cat from Bell, Book, and Candle. I was hopeful but obviously wrong. Everyone seems so far to like Pyewacket, but I had to see for myself if it was living up to what I was hearing.

Pyewacket was written and directed by Adam McDonald. It follows Leah (Nicole Munoz), who is struggling after losing her father. Since his death, she’s delved into the occult and has become interested in rituals and dark magic. Her mother (Laurie Holden) isn’t holding up much better, spending her days drinking and crying as everything in the house reminds her of her lost husband.

In an effort to start over and try to move on, Mrs. Reyes sells their home and moves to a beautiful and isolated house up north in the woods. Enraged at her mother’s decision to move her away from her friends, Mrs. Reyes’s inability to even face Leah for reminding her of her husband and just general teenage “you don’t understand me!” angst, Leah decides to do a ritual to invite a dark being, Pyewacket, in the world to kill her mother. Seems like a great plan, except Leah immediately regrets it, but is it too late?

This movie had some good hits and some big misses. Anyone who was a teenager in the early 2000’s can relate to the HIM posters on the wall, the patches on the backpack and the chipping black nail polish. Some moments you’re on Leah’s side, others you’re on her mother’s. You never really know who to root for or who to like at any given moment.

There were some paranormal movie clichés, like the all-knowing professor/author/demon enthusiast that gives advice that may or may not work. It’s strange in the fact that sometimes the movie seemed really put together and enjoyable and the next minute acted as a clip show of past movie clichés and then back to the original story.

Some of the plot points that moved the story didn’t make a lot of sense such as: why would a new widow move herself and her daughter to the woods to a huge home? As someone who has lost a parent, wouldn’t isolation make moving on more difficult? An apartment in the city seems more plausible than a cabin in the woods. But what is a horror movie without a cabin in the woods?

The BIGGEST issue I had with this movie was a scene with the character Janice (Chloe Rose). Her acting was great and possibly the best of the movie, in my opinion, BUT this girl goes to bed on a tan couch with a full face of make-up and satin finish, patchy-ass dark lipstick. Girl, I KNOW that is not non-transferable liquid matte lipstick from here and the fact that it wasn’t smeared all over that couch is less believable than an evil demon spirit from the forest

Aside from the issues, I did enjoy the Pyewacket. It had a nice found footage feel without actually being found footage. Would I watch it again? I’m not sure but I definitely recommend giving this movie at least a once over. 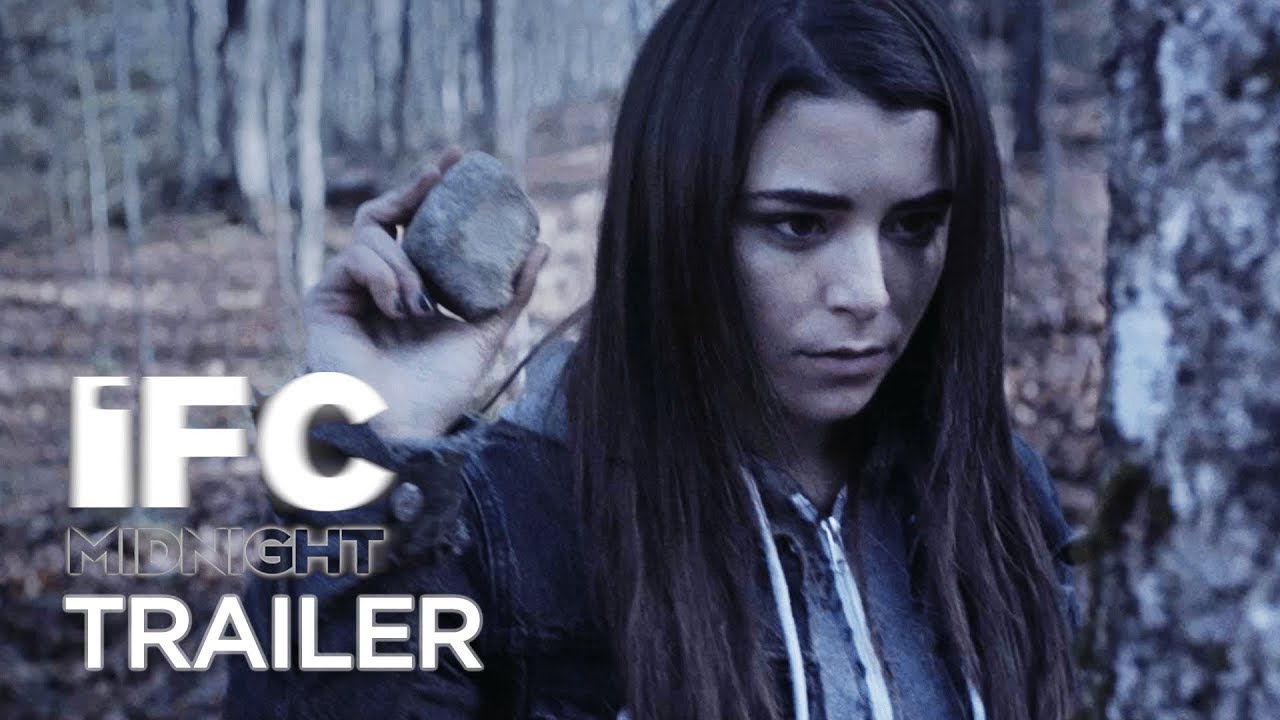