Remember the Backrooms? Oh, Have We Got the Film for You. 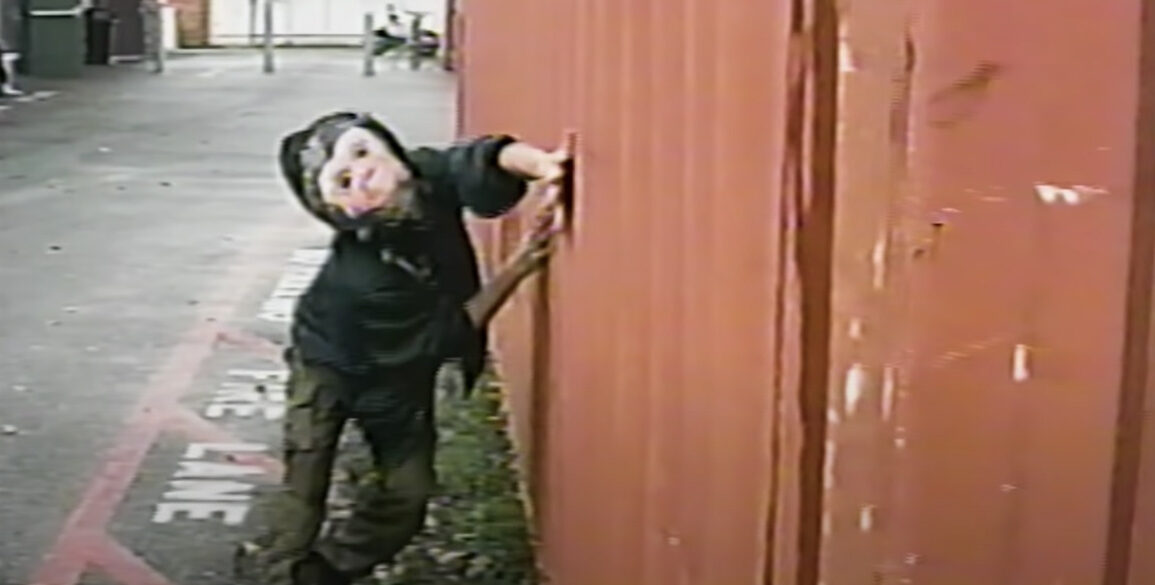 Posted on Youtube just thirteen days ago on January 7th of 2022, the short film titled, ‘The Backrooms (Found Footage)’ has already amassed more than 7.7 million views…and to no one’s surprise. 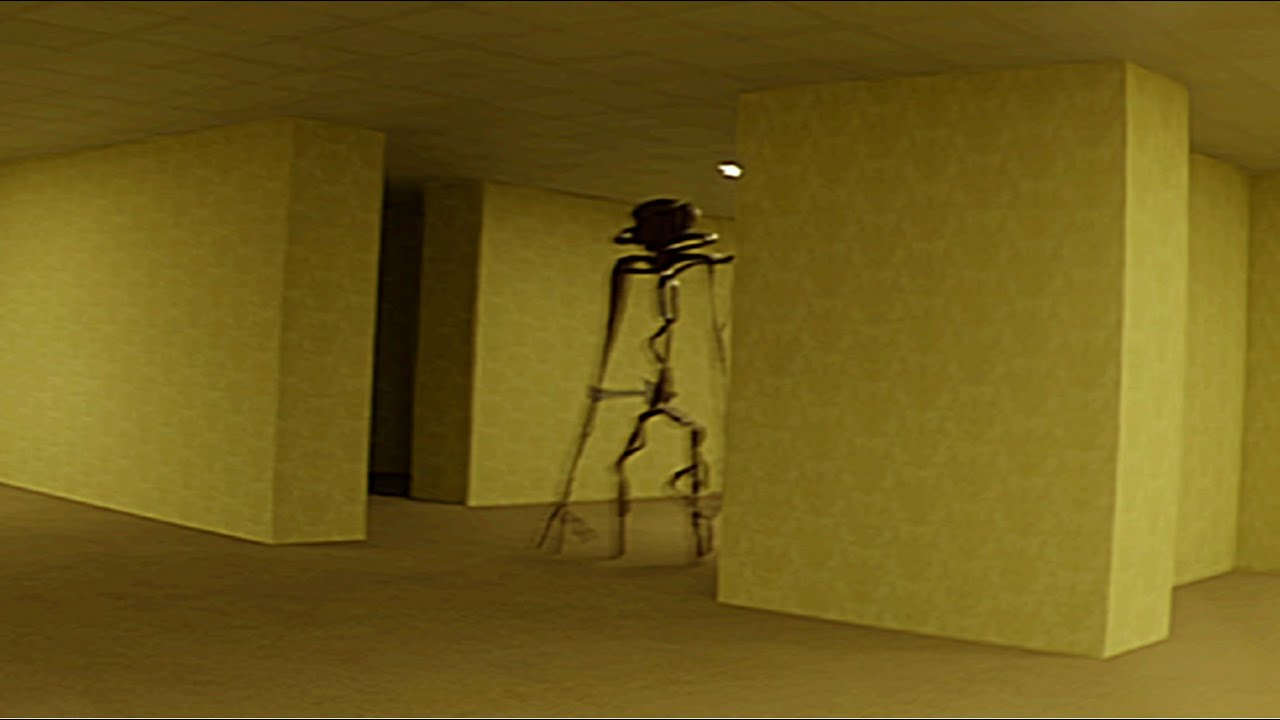 The deceptively simple found footage film was posted to the Kane Pixels Youtube channel, the only description attributing its collection of similarly themed videos to a “16-year-old Director and VFX Artist.” Talk about spooky. The channel was launched by the exceptionally talented Kane Parsons in April of 2015 and has since gained over 396K subscribers in addition to more than 44 million views.

‘The Backrooms’ short film begins with a glimpse into a DIY film set of sorts. As an audience, we see one masked actor as they slowly pursue a peer performer lingering on the other side of a storage container, before the director calls cut. A film that is no match for the one yet to come. This unassuming opening scene ties in rather nicely to the rest of the piece. The grainy image and youthful aura embodied in the film’s opening scene feels eerily familiar and incredibly nostalgic of a rather distinct era in time. (Perhaps September 23rd, 1996, as the video’s description appears to suggest.) Much like how the horror yet to unfold boasts of an uncanny sense of familiarity as well.

Nevertheless, it isn’t very long at all before the cameraperson–whose point-of-view we embody over the course of this disturbing journey– is plunged down into a labyrinth of almost-barren liminal spaces, with no apparent way out. These spaces are otherwise known as, The Backrooms.

For context, the concept behind this film was borne of Reddit lore to some extent. The backrooms consist of interconnecting nondescript spaces, heavily steeped in the unknown, which don’t fully exist here or there. It’s a sort of in-between world at the core of which we are meant to understand that despite the many rules which govern lapses into this nightmare realm, if you fall out of your reality and into that one, you probably aren’t going to make it out. But, as they say, anything is possible. Hence the Backrooms Databases online, listing the many rules which govern The Backrooms and feed into the concept’s power and enduring intrigue.

History aside, this film is wildly successful in evoking a telltale sense of the uncanny within the world it has crafted. Not to mention its cultivation of a lingering aura; of some presence always there, but rarely seen. Much of the dread within this setting stems from a sense of droning monotony within its location. It makes you feel isolated and trapped within a maze where everything seems to go on forever without interruption until you suddenly don’t feel quite as alone as you might have hoped.

As our protagonist of sorts carries us through this sterile underbelly of a world, wandering through this Backrooms hellscape, one truly finds themselves wholly immersed in this nightmare reality. The highly stylized cinematography lends a sense of depth to the exploration, keeping viewers fully enveloped within the soft borders of this realm whilst remaining true to the 90s aesthetic of the film’s opening. The soundscape of this film is also not to be overlooked. The relentless buzzing of the fluorescent lights, once we are launched into the Backrooms, serves as a concise and faithful signifier of the writing and stories after which this piece was named, in addition to its serving as an evocative shift in space and tone between both worlds. The fluidity and truly masterful use of VFX/CGI and camerawork within ‘The Backrooms’ also stands as a testament to the quality of Parsons’ abilities as a filmmaker and creator within the genre.

Where ‘The Backrooms’ short film thrives, is in its raw sense of being and lack of artifice. It isn’t hiding behind anything. This nightmare, having been brought to life, feels so genuine and disturbing, and the simplicity with which it has been executed and delivered only makes the expansiveness of this unfolding universe that much more exciting.

If this found footage marvel is any indication of the horrors yet to come, then I can safely say that we are all eagerly awaiting more glimpses into the mind and unique artistry of Kane Parsons’ works in the future. 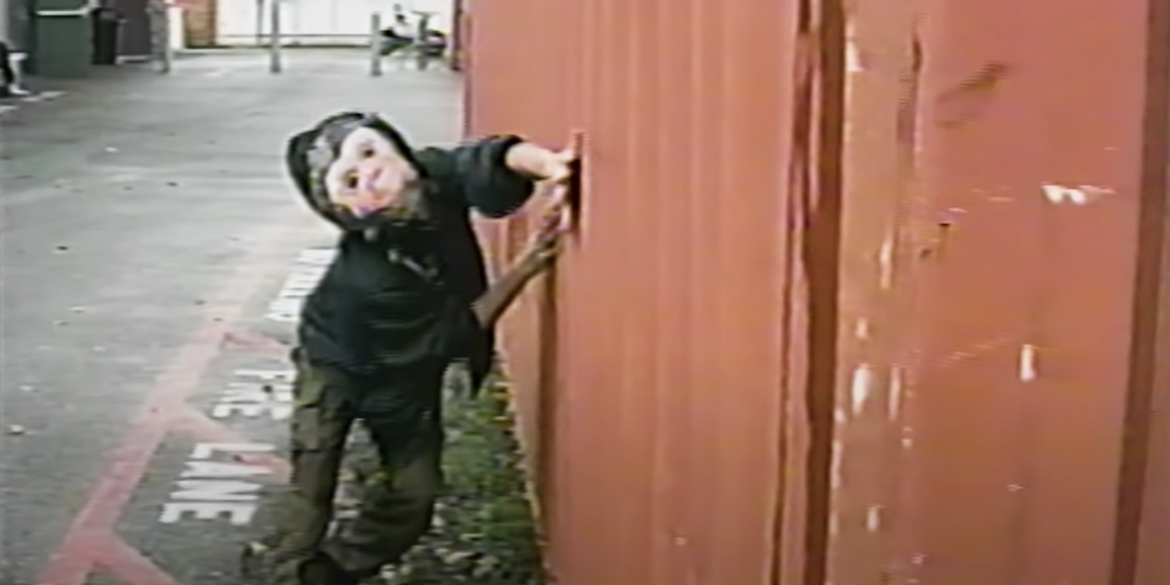 Remember the Backrooms? Oh, Have We Got the Film for You.
90