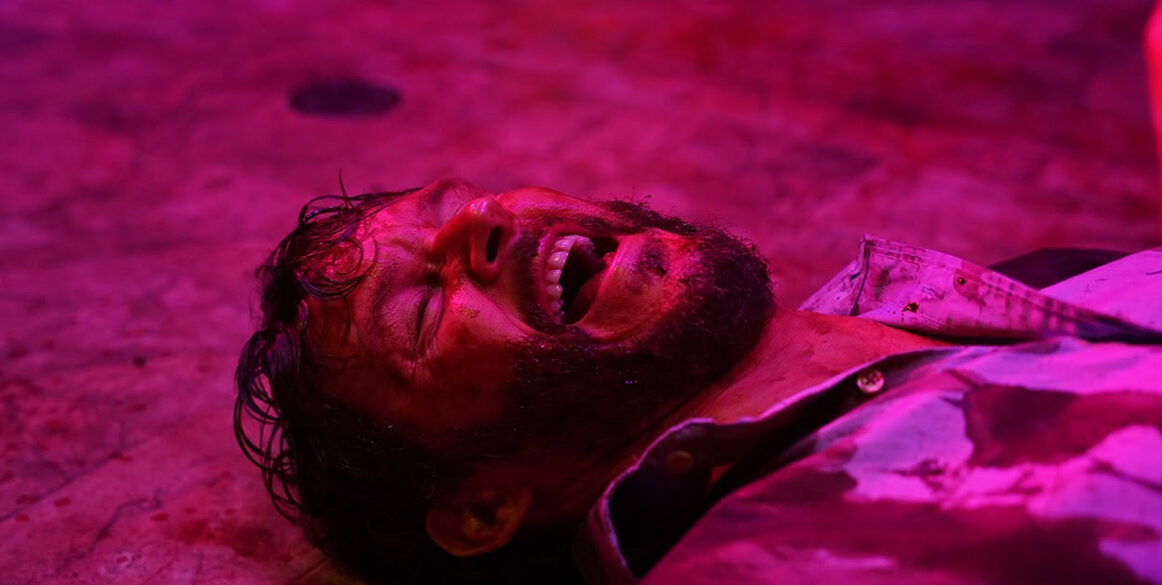 What do you get when you combine Jean-Paul Sartre and H.P. Lovecraft? Maybe something a lot like ‘Glorious’!

Much like modern era horror movies have had to find clever ways to disable plot destroying cell phones, covid era movies have been incredibly resourceful with their “locked room” or small setting locations. ‘Glorious’, directed by Rebekah McKendry, builds a whole world for us almost exclusively inside a filthy rest stop bathroom. It’s among the most unsavory places to be trapped in anyway, but just wait until McKendry soaks it in blood! With slimy effects, otherworldly lighting, and a small, but capable, cast, ‘Glorious’ combines dark comedy with cosmic philosophy and the result is a film enjoyable enough to please even the oldest gods!

We meet our main character, Wes, played by Ryan Kwanten (‘True Blood’, ‘Them’) at a serene and secluded rest stop where he seems to be running away from something like a bad break up. It looks like he’s living out of his car, he’s clearly frustrated and heartbroken, wistfully looking at a teddy bear on his dashboard and frantically calling a woman named Brenda but only getting her voicemail. After drowning his sorrows in an entire bottle of whiskey and burning everything in his car, and also his only pair of pants, Wes wakes up outside on the ground with what I can only assume is the mother of all hangovers. Even though puking outside would be reasonable in this scenario he runs into the men’s room…where the trouble truly starts. After purging the previous night’s bad consumption decisions a voice greets him from a neighboring stall. The voice, J.K. Simmons, soon presents to him a situation worse than anything he could have previously imagined.

The voice reveals itself as belonging to Ghat, an ancient ethereal being. Wes is forbidden from trying to catch a glimpse of Ghat, despite his efforts to peek through the gap in the stall door…or through the glory hole in the wall between the stalls. While we don’t get eyes on Ghat until the climax of the film he does a great job of describing himself, in true Lovecraftian fashion, as something too terrible to even imagine. As Wes tries frantically to find any possible way to escape this hellish bathroom and the most awkward between the stall conversation that’s ever happened, Ghat lays out what he needs from Wes and why. In an effort to avoid any spoilers I’ll just say—it’s a big ask! Ghat tells Wes that fate has chosen him for this assignment and the only possible way to get out of this bathroom is to complete the task requested. Forgive me for getting a little philosophical here but I get so few chances to use my actual degree. This thing has French philosopher Jean-Paul Sartre written all over it. Of course there is the obvious moment when Wes quotes Sartre’s 1944 existentialist play ‘No Exit’ as he tells Ghat “I thought hell was other people” but I think Sartre would argue that the point is really that hell is what we create for ourselves. Wes has definitely led himself to this exact point in time through his actions that are revealed to us through memories and flashbacks. While we are left to guess at the full depth of Wes’ character it’s safe to say we can see why things didn’t work out with Brenda.

There are moments when ‘Glorious’ gets a little talky and that might not sit well with all viewers, but once the gore starts it doesn’t relent. If you thought this squalid run down bathroom couldn’t get more gross, wait until it is bathed in blood and body parts! Screenwriters Joshua Hull, David Ian McKendry, and Todd Rigney have crafted a story that carefully balances real world horror with an out of this world nightmare while also keeping it light with well timed humor. Kwanten does a good job of carrying most of the narrative himself and playing off of a disembodied voice. Over its tight 79 minute run time ‘Glorious’ walks the fine line between campy and cheesy and solidly lands as a gooey good time! 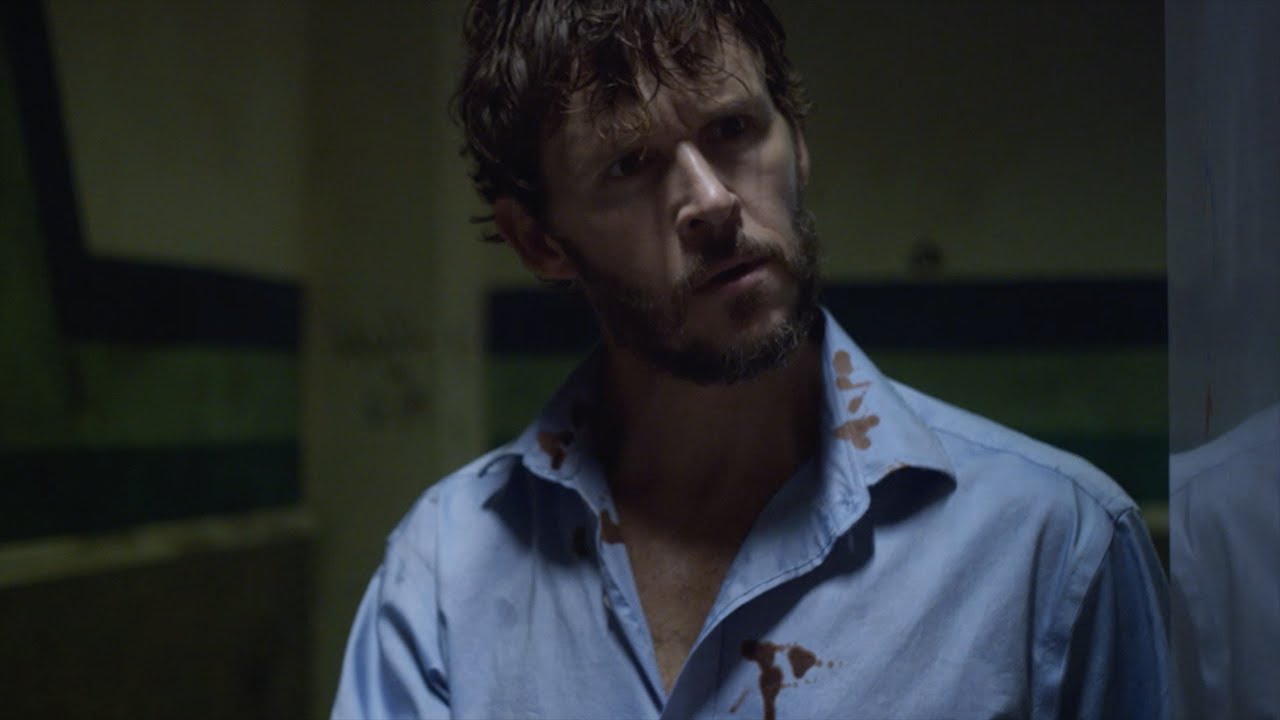