REVIEW: Jason Eisener’s Slimy and Nostalgic ‘Kids vs Aliens’ is a Championship Effort 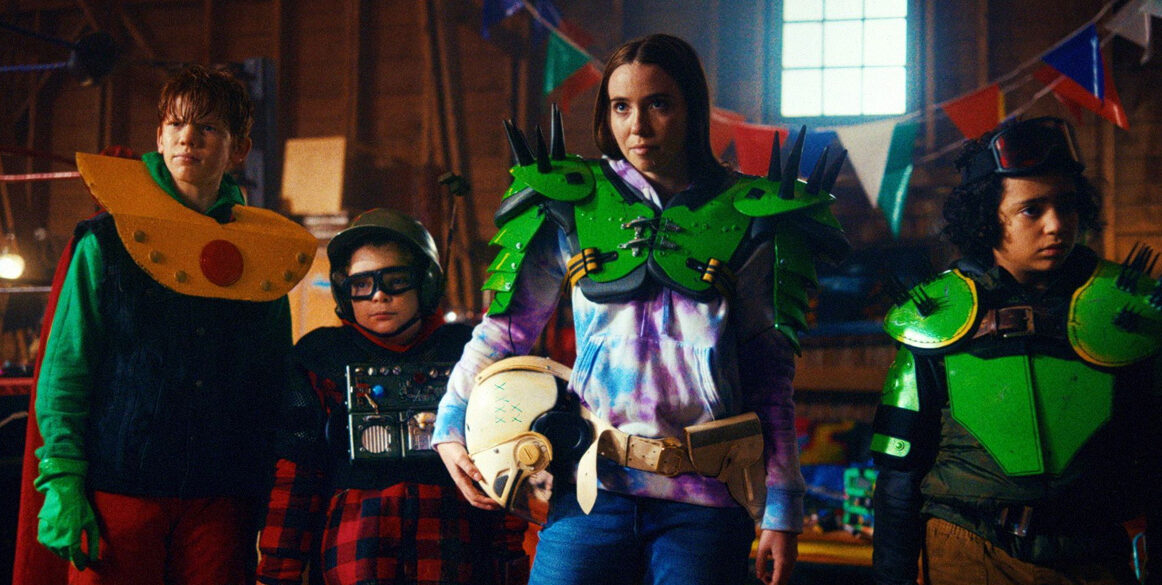 Jason Eisener has always had a unique take on filmmaking playing on themes that feel familiar and nostalgic and he brings that style with him once again to take us on a fun ride. A lot of the film is based off of real life experiences from when he was growing up in Nova Scotia that were easily translated into a weird quirky and sometimes shocking film called ‘Kids vs Aliens.’

“Kids vs. Aliens” was inspired by wild childhood antics with my sister and brother, making backyard films with my friends, and being carried away by local folklore, like the legend of Shag Harbour, where a UFO is said to have crashed into the waters off the Nova Scotia coast. As a kid, it crept into my nightmares and I pictured it happening in my own backyard, my family and friends running for our lives from aliens that crawled out from the depths.” said Eisener.

The film waste no time in the opening scene giving us a look at what terrors are to come as something crashes into the ocean and snatches sailors off their fishing boat into the unforgiving sea. Smash cut to kids making their own home movie that feels like it could be the behind the scenes footage of a 1990’s action figure commercial. At the center of the kids is Gary (Dominic Mariche) All he wants is to make awesome home movies with his best buds. Just like Jason growing up. All his older sister Samantha (Phoebe Rex) wants is to do is hang with the cool kids. When their parents head out of town one Halloween weekend, an all-time rager of a teen house party turns to terror when aliens attack, forcing the siblings to band together to survive the night.

“Making this movie was a great excuse for co-writer John Davies and I to revisit the childhood dreams and fears that filled our imaginations and shaped who we are today. We wanted to create a horror adventure film with its own expansive universe, like the action figures and sci-fi and horror movies we adored growing up together.” Eisener added.

The group of rag tag kids experience the trial and tribulations of “Nerds” vs the “Cool Kids” even with their own sister. But as they reconnect and band together an alien invasions goes down during a Halloween rager taking place at their home.

The aliens in the film are not necessarily uniquely crafter per say and follow the same creature design as you see in the original ‘V/H/S’ short film segment the feature is based on called ‘Slumber Party Abduction.’ Staying true to form to the original design Eisener did expand on the aliens in 3 subsets. The first being our familiar more traditional grey alien. They it goes up a notch by creating a human alien hybrid from one of the bad guys sidekicks known as David. The hybrid feels like it could have been ripped straight out of ‘Teenage Mutant Ninja Turtles 2: Secret of the Ooze.’ It fits wonderfully into the tone and storytelling. Lastly we have a group of aliens that can only really be called a cult. Shit gets weird with this group of aliens and we are here for it.

All of the actors give fun and sometimes endearing performances but Calem McDonald plays the villain Billy and it might be one of the most sadistic pricks you will see in a movie you see all year. Rivaling even the aliens, Billy might be the one you are rooting against the most.

On the opposite end of the spectrum is Phoebe Rex who plays Samantha. The relationship with her brother Gary is one that has a roller coaster of emotions but is someone you will be rooting for throughout the movie. She is one of the guys – but is so much more than that and we see her character evolve as the film unfolds.

“I remember the social anxiety of adolescence, trying to fit in with my peers — and how, in the face of terror, you realize who your real friends are. I wanted this film to feel authentic to the lawless language that unruly kids use out of range of adult ears, an R-rated movie that can serve as a gateway for kids to fall in love with horror films, and a gateway back to childhood for adults.” Jason said referring to the relationships and personality types of the kids in the film.

‘Kids vs Aliens’ has jaw dropping moments that will make you say WTF to fist pumping celebrations of final girl heroism it wraps it all up in a headlock & until the final bell has rung, & you come out on the other side with a championship effort from Eisener.

‘Kids vs Aliens’ made its world premiere at Fantastic Fest 2022 and is now coming to theaters from RLJE Films and later to the streaming service Shudder. 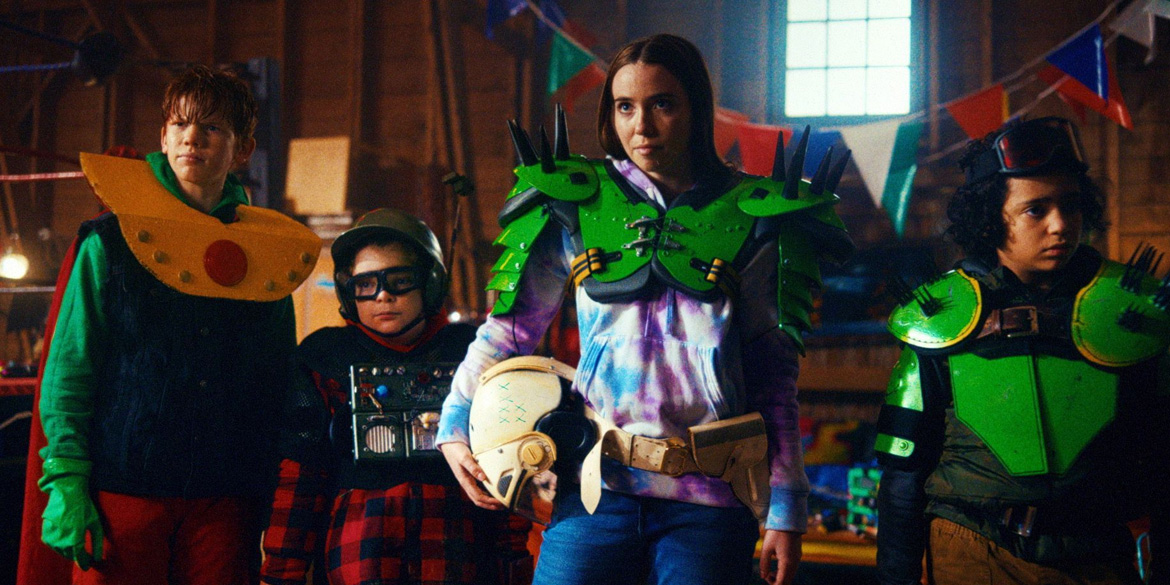 REVIEW: Jason Eisener’s Slimy and Nostalgic ‘Kids vs Aliens’ is a Championship Effort
87