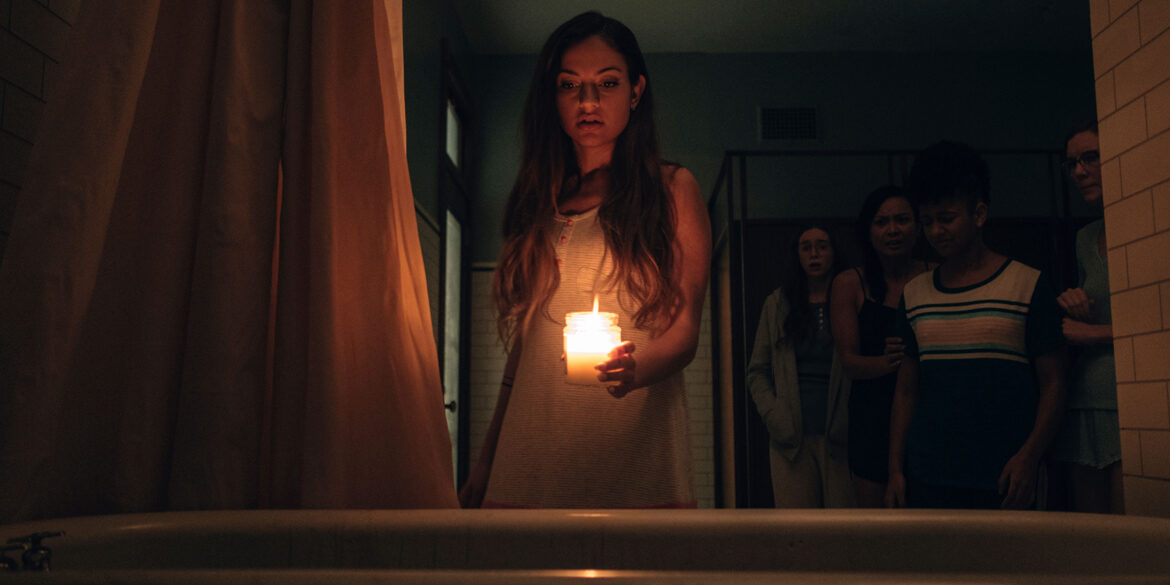 ‘Seance’, the feature debit from writer Simon Barrett (You’re Next, The Guest), has an identity crisis. On one hand, it desires to be a slasher film. A whodunnit full of mystery and intrigue. On the other hand, ‘Seance’ wants to be a haunted house movie. An ancient boarding house with a ghost here to avenge their death. There is a world where both of these disparate ideas can come together to make a cohesive film. Not this world.

The film opens on a typical scene. A group of teen girls recite a local ghost legend. They go through the steps of the legendary ritual. Silence. “It didn’t work!” The ghost appears. One runs screaming. The other girls laugh at their successful prank. Back in her room, the prank victim sees a face. She screams. Her tormentors find her dead. Sound familiar?

The rest of the film follows new student Camille (Suki Waterhouse) as she takes the dead girls slot at the prestigious academy as she makes friends and enemies with the other students involved in the death. Once they start dying one by one, it’s up to her and other nice girl Helina (Ella-Rae Smith) to find out what’s happening at the elite boarding school.

As a writer, Barrett has proven himself more than capable at innovation. His two most well regarded films, ‘You’re Next’ and ‘The Guest’, are both home invasion films that manage to feel completely distinct and exciting in a genre that can often be more of the same. Unfortunately he has not saved his best material for himself. His blend of slasher and haunted house spectacle ends up at about an 80/20 split with the ghostly elements left to be no more than a filler between the slasher style kills.

Instead ‘Seance’ is an unending torrent of old ideas. Victim is separated. She hears a noise. It’s nothing. Killer pops up. She dies. However, to call it formulaic would be inaccurate because that would imply that it succeeds in replicating the formula. Flat shots and repetitive scenarios fail to build tension as the victims are stalked and the near bloodless kills wouldn’t upset even the most squeamish of viewers. ‘Seance’ ends up being the kind of movie you forget about once the credits start to roll.

‘Seance’ will premiere exclusively on Shudder on September 29th. 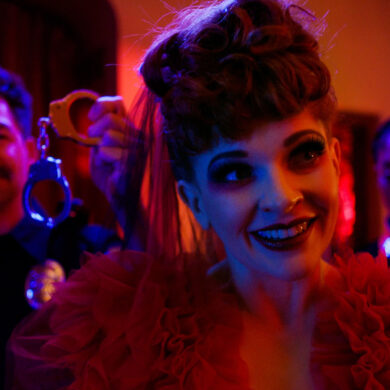