REVIEW: A Fresh Take on Creepy Neighbors Isn’t Enough to Twist ‘Spiral’ Into Something New 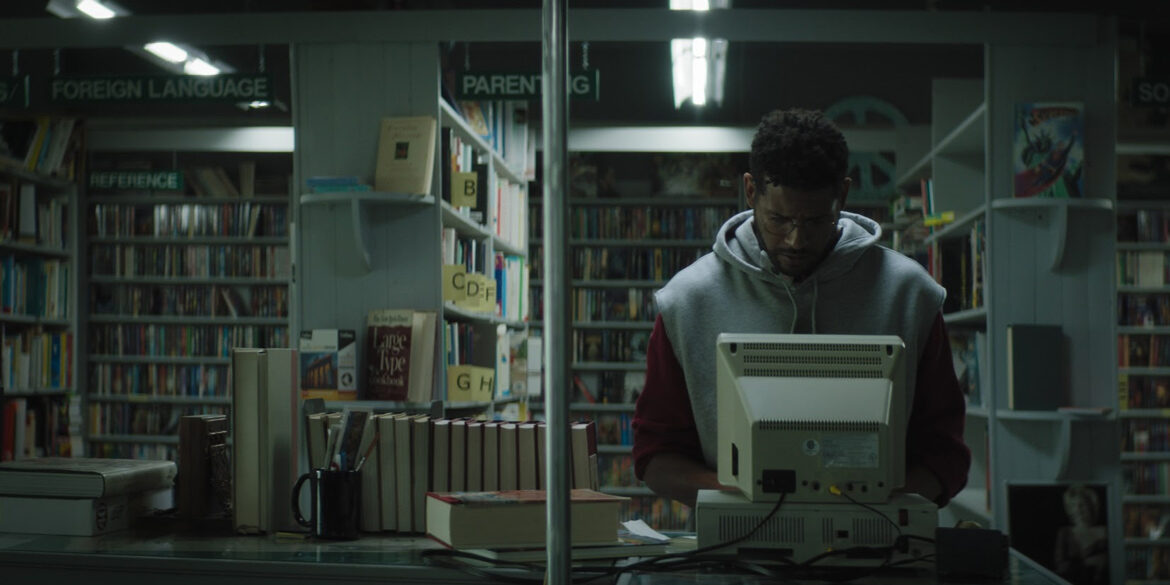 It’s the set up for countless horror movies, a newly married couple moves into a nice house in a quiet neighborhood to start a family. The neighbors are friendly at first, but something starts to seem off about them. From ‘Rosemary’s Baby’ to the ‘Funny Games’ remake, it all boils down to the corruption of the classic American Dream.

But what happens when you spin those old conventions with fresh ideas and see that story from a different lens? ‘Spiral’ director Kurtis David Hardee’s latest feature tackles that question center stage.

Written by Colin Minihan and John Poliquin, directors of ‘Grave Encounters’ and it’s sequel respectively, ‘Spiral’ follows Malik (Jeffery Bowyer-Chapman) and Aaron (Ari Cohen) a gay couple in a may-December romance who move to the ideal quaint town to raise Aaron’s teenage daughter (Jennifer Laporte) from a previous marriage. Everything seems to be going well, that is until Malik witnesses the neighbors hosting a party that seems less social and more sinister.

What follows is a pretty traditional “am I going crazy or am I actually in danger” story made into something more by an exceptional performance by Bowyer-Chapman that really lives up to the title. As the viewer, you but not only that he’s afraid, but that he is losing his grip. Although, it’s not just the typical horror movie happenings that Malik is going through. The very first sign something may be wrong with the town is a slur spray painted right in the middle of the family room.

This is where the movie excels, pitting its characters into uniquely queer dangers. One uncomfortable scene takes place at a dinner with the neighbors, while Malik grimaces while they try to vaguely support gay people without ever saying the word. ‘Spiral’ spins the new house horror genre by focusing on the idea of not being able to fit in at all. Can a gay couple happily live in 90’s America at all, possible malevolent supernatural occurrences be damned?

Where the movie struggles are the moments where the horror is less focused on the gay identity of the leads. That’s when it falls into the generic tropes that could happen in any movie with a similar set up. At one moment near the end, the film makes an interesting point about hate based violence and invalidates the specificities of what has been happening to Malik and his family because of their sexuality in the same breath.

‘Spiral’ ends up being less the ‘Get Out’ for the queer community and more of a new spin on an old story that’s fun enough to check out for some decent scares.

65
REVIEW: A Fresh Take on Creepy Neighbors Isn’t Enough to Twist ‘Spiral’ Into Something New