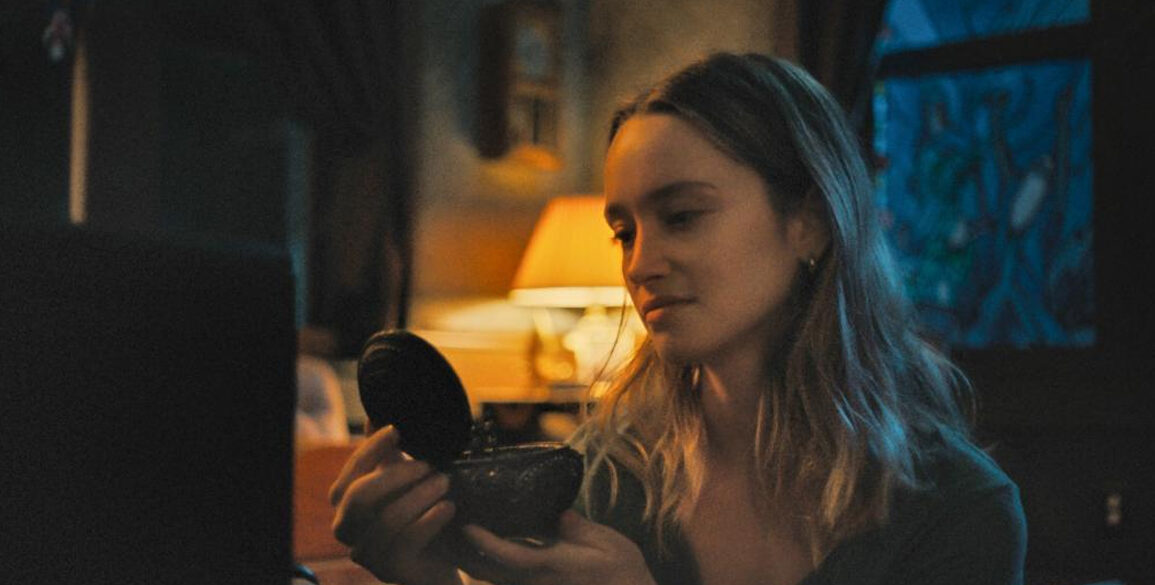 The premise of ‘Room 203’ seems promising enough. Two best friends move into a beautiful apartment only to discover something dark and vengeful already lives there. It’s not particularly original but it’s a timeless narrative that can still deliver when handled properly. Unfortunately ‘Room 203’ falls victim to the age old trap of trying too hard and ultimately over complicating things.

After a completely unneeded opening scene where a contractor tries to patch a hole in the wall of the historic apartment only to be told that it’s never been fixable and to just cover it wallpaper and move on, we get to the real story of two best friends coming out of some tough times and moving in together to pursue their dreams in a new city. We already know the apartment is too good to be true and we can also tell right away that the landlord is a villain because he is inexplicably dressed like a cast member from ‘Newsies.’

The two lead actors here, Francesca Xuereb and Victoria Vinyarska have great chemistry and I immediately understand their dynamic and buy into their lifelong friendship. If this aspect were left to a simple “friends are the family you choose” narrative there might have been more room to better establish what was going on with the demonic hole in the wall. Instead we get an overwrought and over-explained backstory that takes up so much time that when we finally get an explanation of what is going on with the horrific parts of the film it feels rushed and poorly thought out.

In the end what little tension has been built is paid off with some scary imagery and a decent bit of action in the “off limits to residents” basement but not enough to redeem the rather tedious and confusing first two acts.

‘Room 203’ is available to rent on all major VOD platforms now.