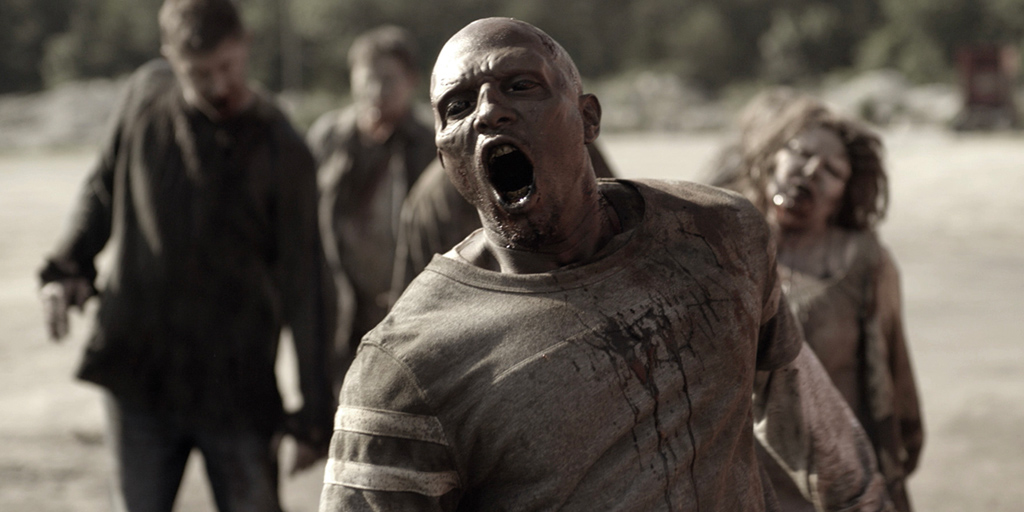 ‘Love Bite’, a comedic horror short set amidst a zombie apocalypse, was directed by Charles de Lauzirika in 2019 and co-written alongside the film’s lead actress Carlee Baker, who plays the role of Nancy.

Having been grounded within the bounds of a witty and masterfully-timed couples’ dispute, the piece manages to breathe new life into the increasingly severe zombie niche which has blossomed quite successfully within the realm of horror that concerns the undead.

Whilst the imminent threat of the zombies beyond the characters’ temporary shelter remains abundantly clear and present over the course of the story, even more palpable is the threat that each of these characters and their respective egos poses to themselves. Hence the intrigue of this short as it stands strong amidst so many other successful pieces within its genre.

Bearing witness to such a mundane argument set against the backdrop of an apocalyptic world in addition to life-or-death stakes lent a surprising amount of depth to an otherwise familiar setting, and was a joy to see unfold.

Baker’s performance was incredibly lively and strong, especially when set against the more sensitive evocation of her on-screen partner’s portrayal of a frail masculine ego at its worst.

Leaning heavily on the all-too-human urge to be proven right against all odds– even if the odds happen to be stacked up against one’s own best interest– George (Cuyle Carvin) and Nancy put their bodies to the ultimate test within this contained piece, making for an endearingly funny albeit unsettling short about the shortcomings of human nature in a setting where the very definition of the term seems to be rapidly dissolving.