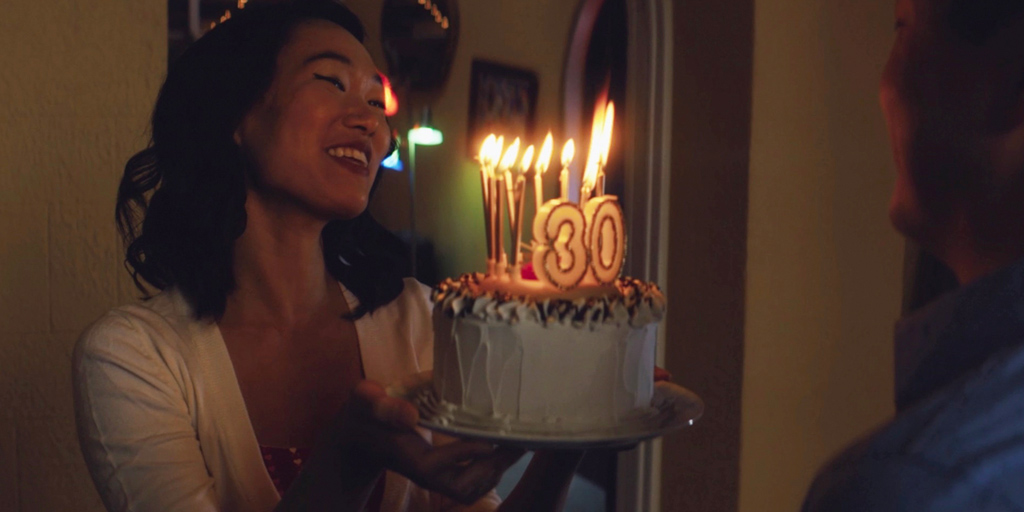 Directed by Dinh Thai, this film goes from zero to one hundred right away and doesn’t let up once during its tight 9-minute runtime. This is Dinh Thai’s second short film, his first being ‘Monday’ which went on to win 50+ festival awards, including Best Director for the 2018 NBCU Short Film Festival and 1st place in the 2017 HBO APA Visionaries.

‘Make a Wish’ is a twisted horror/dark comedy short that boasts an Asian Pacific American lead cast, writer, composer, and director with two of our three main producers being women.

It features fantastic performances from the two leads, Josephine Chang and Edward Hong. Chang gives a delightfully unhinged performance as the loving, yet perhaps a bit too loving, fiance Lexie who just wants her Freddie to have a birthday he’ll remember. Hong’s performance is a bit more subdued but when his character finally gives in and, ahem, accepts his gift he really shines. Freddie and Lexi are clearly a match made in heaven and as the final shot of the short proves, they definitely have many more birthday surprises in store.

It opens with Lexie offering Freddie a birthday cake and the gift of a lifetime: his racist bully from high school, Brock, tied to a chair with a big red bow on his head. Initially hesitant, Freddie tries to free Brock but thanks to Brock’s non-stop offensive ramblings he gets fed up and some maniacal comedy ensues. Freddie pays back the favor to Lexie with a special gift on her birthday: her abusive ex-boyfriend Fernando.

My only wish for this short was that it was slightly longer. I would’ve loved to see Freddie’s excitement about killing Brock for more than the few beats we got. Just a few extra minutes post-kill could’ve given the actors a bit more space to play around in their characters’ crazy head spaces. All that being said, I would definitely recommend checking out this wacky and dark short film, especially if you enjoy seeing racists get their just desserts.

You can check out the short for yourself on BloodyDisgusting TV.