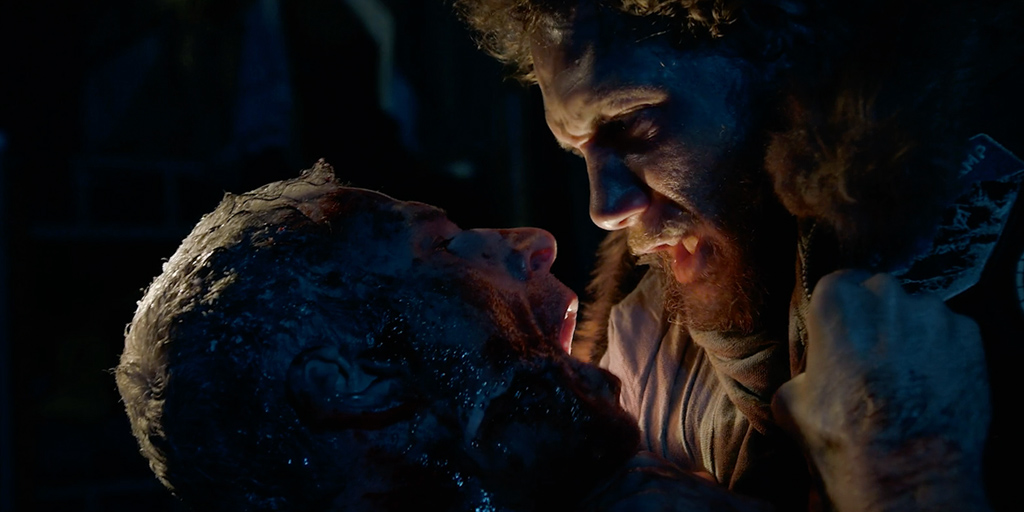 If one were to stop and consider the creature feature as a realm of its own within the ever-evolving horror genre, it would be easy to conjure up images of those monstrous faces that scared them so. And if on some level, every creature feature was recognized and esteemed as per the horror of the creatures themselves, then The Relic and its faceless god would certainly be one to watch out for.

Written and directed by J M Logan, this short grounded in the mountains of Nepal, is quick to implicate its audience in the chaos of an expedition gone horribly wrong.

Armed only with the knowledge that none of the bewildered characters seem to know anything at all about their missing friend or the origins of the peculiarly injured man they struggle to help, the viewer embarks on this tense journey scouring each scene for context as the pressure mounts. After all, we do know one thing– that the 900-year-old artifact they brought in from the storm raging beyond their cabin walls, can’t possibly be good news. The short claims to have been based on the adventurers’ having uncovered the truth behind a myth that prophecizes the end of all life in the universe. Hence, the menacing artifact looming in the corner of their dark cabin as the plot unfolds, from which the crux of the piece’s horror is eventually born.

Shrouded in impenetrable shadow save for the frantic beam of bouncing flashlights and glowing snow from beyond the windows, the film centers itself around this notion of the indefinable and the faceless. The unknown, being a theme that ultimately shapes the central plot of the narrative.

We never do come to learn who these characters are, or where they found this incoherent man foaming at the mouth. Nor do we know what it was that they came on this expedition in search of in the first place, or why the trio all seem to be on opposite sides of some integral yet undefined debate. What The Relic does reveal, however, is that if a creature is as frightening and compellingly ominous as this one come time for the grand reveal, then a great deal of ambiguity and unconvincing performances can just about be forgiven in exchange for the awe that comes with bearing witness to a truly beautifully-crafted monster.