Romero’s ‘The Amusement Park’ to Headline Shudder’s Summer Slate Along with ‘Vicious Fun,’ ‘Boy Behind the Door’ & More 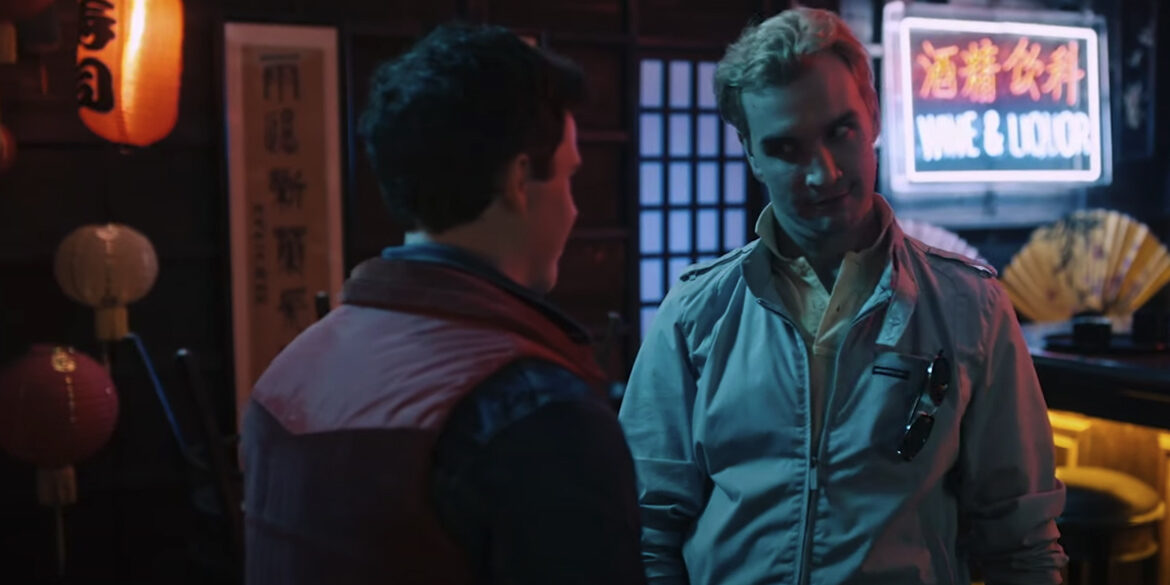 Shudder announced today its “Summer of Chills” slate of twelve new original and exclusive films for June, July and August, including the anticipated debut of landmark horror director George A. Romero’s legendary “lost” film ‘The Amusement Park’ on Tuesday, June 8. The robust summer lineup kicks off with ‘Caveat’, an eerie, slow-building, cat-and-mouse thriller, and continues with such marquee films as ‘The Boy Behind the Door,’ Justin Powell and David Charbonier’s directorial debut; ‘Jakob’s Wife,’ starring horror icon Barbara Crampton; and ‘Kandisha,’ the long awaited new supernatural shocker from the French directing duo of Julien Maury and Alexandre Bustillo, who return to Shudder following the success of their film ‘Among the Living’; in addition to many others.

“Shudder’s ‘Summer of Chills’ offers something for everyone with a fantastic line-up of new premieres every week, on top of the best library of curated streaming horror films anywhere,” said Craig Engler, Shudder’s General Manager. “We’re especially excited to have the premiere of legendary director George A. Romero’s lost film The Amusement Park, a must-see piece of cinema history, exclusively on Shudder.”

Shudder’s “Summer of Chills” full slate is included below (in chronological order):

Lone drifter Isaac accepts a job to look after his landlord’s niece, Olga, for a few days in an isolated house on a remote island. It seems like easy money, but there’s a catch: he must wear a leather harness and chain that restricts his movements to certain rooms. Once Olga’s uncle, Barrett leaves the two of them alone, a game of cat and mouse ensues as Olga displays increasingly erratic behavior as a trapped Isaac makes a series of horrific discoveries in the house. Directed by Damien Mc Carthy. Starring Jonathan French, Leila Sykes and Ben Caplan.

Recently discovered and restored 46 years after its completion by the George A. Romero Foundation and produced by Suzanne Desrocher-Romero, The Amusement Park stars Martin’s Lincoln Maazel as an elderly man who finds himself disoriented and increasingly isolated as the pains, tragedies and humiliations of aging in America are manifested through roller coasters and chaotic crowds. Commissioned by the Lutheran Society, the film is perhaps Romero’s wildest and most imaginative movie, an allegory about the nightmarish realities of growing older, and is an alluring snapshot of the filmmaker’s early artistic capacity and style and would go on to inform his ensuing filmography. The “lost” film was restored in 4k by IndieCollect in New York City.

The Kola Superdeep borehole is the largest Russian secret facility. In 1984, at the depth of more than 7 miles below the surface, unexplained sounds were recorded, resembling the screams and moans of numerous people. Since these events, the object has been closed. A small research team of scientists and military personnel go down below the surface to find the secret hidden these many decades. What they discover will pose the greatest threat humanity has ever faced. Directed by Arseniy Sukhin. Starring Milena Radulovic, Sergey Ivanyuk, Nikolay Kovbas, Kirill Kovbas and Nikita Dyuvbanov.

A year after losing his wife in a car crash, Jamie convinces her sister, Ava, to return with him to the site of the accident and help him perform a strange ritual. But as the night wears on, it becomes clear that he has darker intentions. An Unquiet Grave is an exploration of grief, and the harm we cause when we don’t take responsibility for our own healing. Directed by Terrence Krey. Starring Jacon A. Ware and Christine Nyland who also co-wrote the film.

After a mysterious group breaks into Laura’s home and attempts to abduct her eight-year-old son, David, the two of them flee town in search of safety. But soon after the failed kidnapping, David becomes extremely ill, suffering from increasing psychosis and convulsions. Following her maternal instincts, Laura commits unspeakable acts to keep him alive, but soon she must decide how far she is willing to go to save her son. Directed by Ivan Kavanagh. Starring Andi Matichak, Emile Hirsch and Luke David Blumm.

(Available on Shudder US and Shudder CA)

Four Friends. One Phone Call. 60 Seconds to Stay Alive. In the fall of 1987, a group of small-town friends must survive the night in the home of a sinister couple after a tragic accident. Needing only to make a single phone call, the request seems ordinary until they realize that this call could change their life…or end it. This simple task quickly spirals into terror as their worst nightmares become reality. Directed by Timothy Woodward Jr. Starring Lin Shaye (Insidious franchise) and Tobin Bell (Saw franchise).

It is summer break and best friends Amélie, Bintou and Morjana hang together with other neighborhood teens. Nightly, they have fun sharing scary stories and urban legends. But when Amélie is assaulted by her ex, she remembers the story of Kandisha, a powerful and vengeful demon. Afraid and upset, Amélie summons her. The next day, her ex is found dead. The legend is true and now Kandisha is on a killing spree— and it’s up to the three girls to break the curse. Directed by Inside and Livid duo Julien Maury and Alexandre Bustillo. Starring Mathilde Lamusse, Samarcande Saadi and Suzy Bemba.

A night of unimaginable terror awaits twelve-year-old Bobby and his best friend, Kevin, when they are abducted on their way home from school. Managing to escape his confines, Bobby navigates the dark halls, praying his presence goes unnoticed as he avoids his captor at every turn. Even worse is the arrival of another stranger, whose mysterious arrangement with the kidnapper may spell certain doom for Kevin. With no means of calling for help and miles of dark country in every direction, Bobby embarks on a rescue mission, determined to get himself and Kevin out alive… or die trying. Directed by Justin Powell and David Charbonier, who also directed this year’s The Djinn. Starring Lonnie Chavis (This Is Us), Ezra Dewey (The Djinn), Kristin Bauer van Straten (True Blood), Scott Michael Foster (Crazy Ex-Girlfriend) and Micah Hauptman (Rust Creek).

Twentysomething Teddy lives in a foster home and works as a temp in a massage parlor. Rebecca, his girlfriend, will soon graduate. A scorching hot summer begins. But Teddy is scratched by a beast in the woods: the wolf that local angry farmers have been hunting for months. As weeks go by, animal impulses soon start to overcome the young man. Directed by Ludovic Boukherma and Zoran Boukherma. Starring Anthony Bajon (The Prayer), Ludovic Torrent, Christine Gautier, Noémie Lvovsky, Guillaume Mattera, Jean-Paul Fabre, Alexis Orlandini, Gérard Pau and Jean-Michel Ricart.

Bleed With Me – Premieres August 10 **A Shudder Original Film

(Available on Shudder US, Shudder UKI and Shudder ANZ)

Rowan, a vulnerable outsider, is thrilled when the seemingly perfect Emily invites her on a winter getaway to an isolated cabin in the woods. Trust soon turns to paranoia when Rowan wakes up with mysterious incisions on her arm. Haunted by dream-like visions, Rowan starts to suspect that her friend is drugging her and stealing her blood. She’s paralyzed by the fear of losing Emily, but she must fight back before she loses her mind. Bleed With Me is a psychological horror that juxtaposes tenderness and violence in an investigation of female intimacy and dangerous codependency. Directed by Amelia Moses. Starring Lee Marshall, Lauren Beatty and Aris Tyros.

Anne is in her late 50s and feels like her life and marriage have been shrinking over the past thirty years. Through a chance encounter with a stranger, she discovers a new sense of power and an appetite to live bigger and bolder than before. However, these changes come with a toll on her marriage and a heavy body count. Directed by Travis Stevens (Girl on the Third Floor). Starring horror icons Barbara Crampton (You’re Next) and Larry Fessenden (The Dead Don’t Die), Bonnie Aarons (The Nun), Nyisha Bell, Mark Kelly, Sarah Lind, Robert Rusler, and Phil Brooks (aka CM Punk). 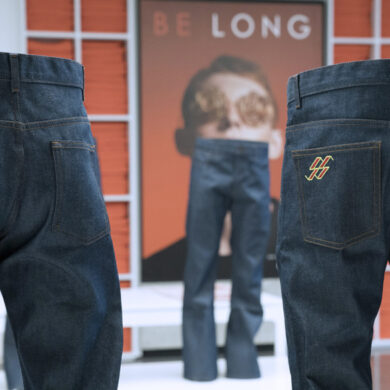