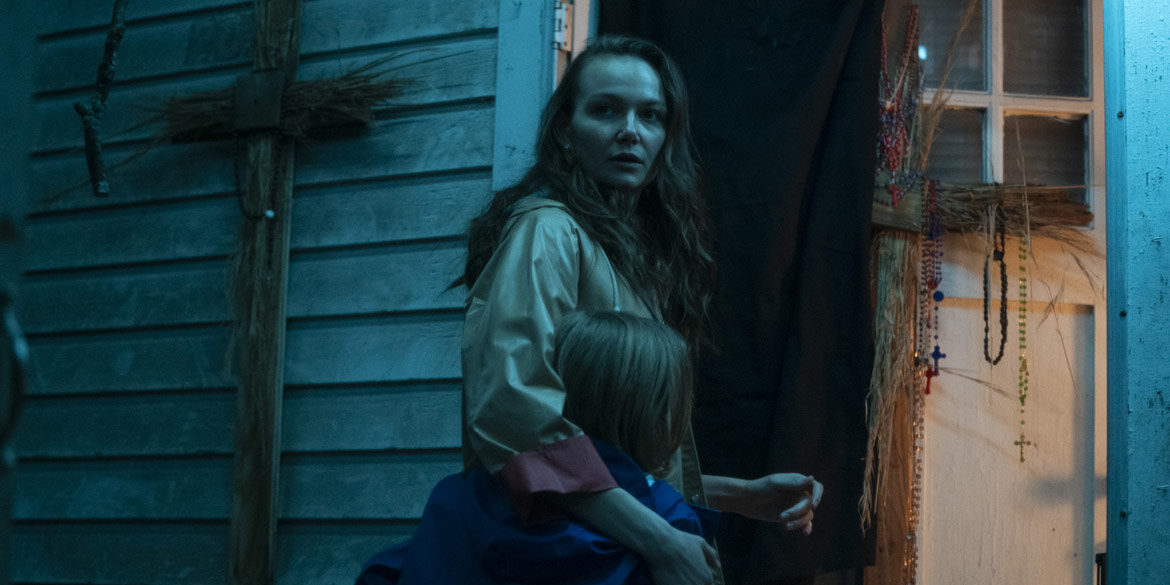 Shudder announced that ‘Son’ will be available exclusively to stream on the platform starting on July 8, 2021. As a Shudder exclusive, the platform will be the only subscription service that will carry the film in the U.S., Canada, the United Kingdom, Ireland, Australia and New Zealand.

SYNOPSIS:
After a mysterious group breaks into Laura’s home and attempts to abduct her eight-year-old son, David, the two of them flee town in search of safety. But soon after the failed kidnapping, David becomes extremely ill, suffering from increasing psychosis and convulsions. Following her maternal instincts, Laura commits unspeakable acts to keep him alive, but soon she must decide how far she is willing to go to save her son.

REVIEW: ‘Son’ Asks Questions but Runs From the Answers