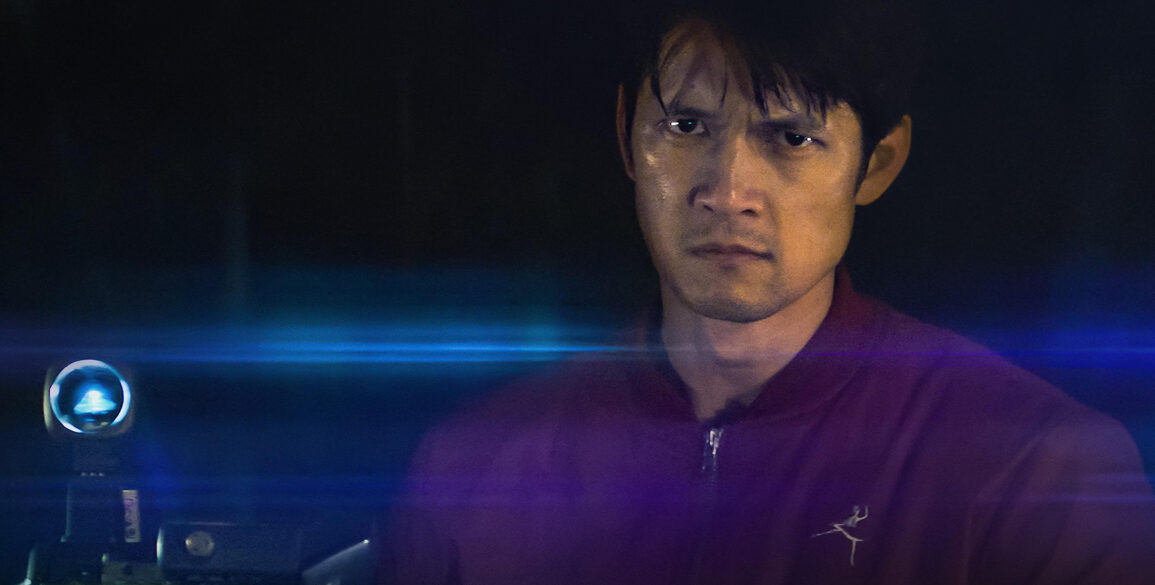 In the late 80s there were a few real life broadcast signal instructions, the name for an act in which a pirate hijacks a broadcast signal. These signals were bizarre in nature. They were also a federal crime. I recall reading about and eventually seeing the most notorious of all the videos, a person wearing a Max Headroom mask speaking in a distorted tone. It was unsettling. This is the same set-up for Jacob Gentry (The Signal) latest film that brings in notes of Lynch and Cronenberg.

The year is 1999 and James (Harry Shum Jr) is working nights as an archivist in Chicago. He logs old broadcast TV videos and then works on his AV projects at his house. He’s an outsider. Or loner. We are given enough information to know that his wife went missing a few years prior.

While working his normal shift of archiving videos he stumbles upon something strange. A broadcast signal instruction of a person speaking indisgustingable and wearing a very creepy rubber mask. This starts his obsession with learning about what happened during the broadcast and where it came from. Like any good mystery, or conspiracy, the answers are clear. Down the rabbit hole we go.

He is told to leave it alone and not to get too involved with it because even “the feds couldn’t solve it”. He can’t leave it. Soon, he finds out that there were two others transmissions and through conspiracy groups online he discovers a possible connection to missing women.

The film sets up a great bread trail for him to continue down and introduces other characters that have gone far too off the deep end with their own theories. But he’s desperate for answers. Answers to where the transmissions came from and why. Hopefully that his wife might be connected and maybe she might still be out there.

The film is beautifully stylized with a terrific lead performance from Shum as a woman willing to do anything and go anywhere for answers. Like Videodrome with a dash of Lost Highway, the film isn’t interested in answering all of the questions posed but instead about the journey.

As with most conspiracies, the answers we seek seem to fit more and more easily into the mystery at hand. We soon find ourselves fully involved in something that can be easily explained if we were willing to accept those answers.

Admittingly the ending could be frustrating for some viewers as you won’t be given every answer to everything set forth but that’s not the point. Our own obsessions and need to fill in the blanks to questions that may have already been answered is a fascinating observation about the heart of conspiracy theories.

For me, this was a terrifying journey with some of the creepiest imagery as of late. A mystery film is only as good as its central mystery and lead character and for me Broadcast Signal Intrusion is one of the most fascinating of recent memory. 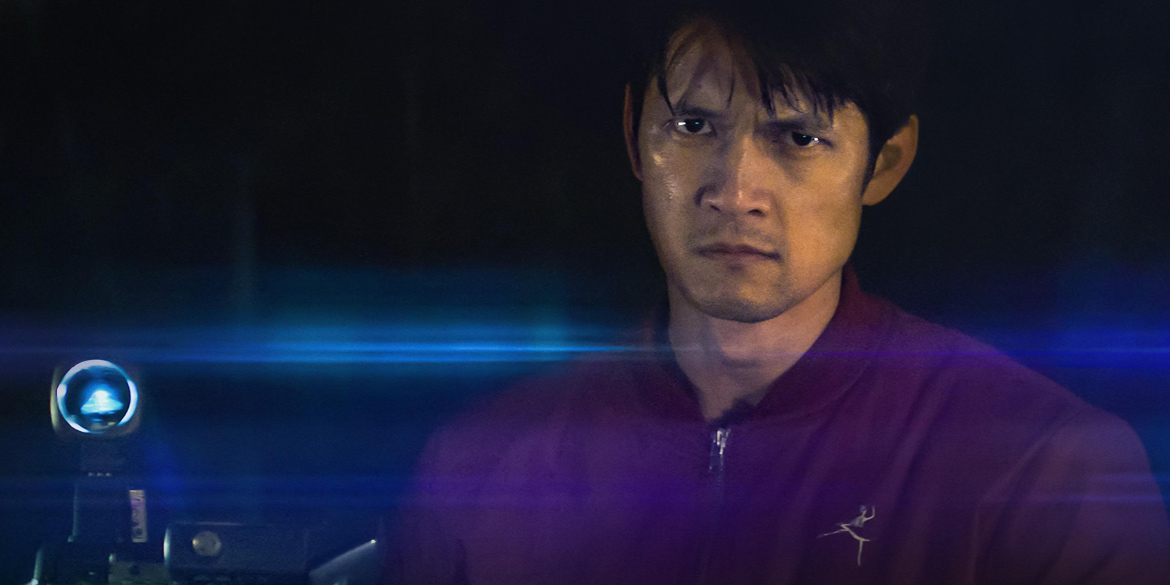