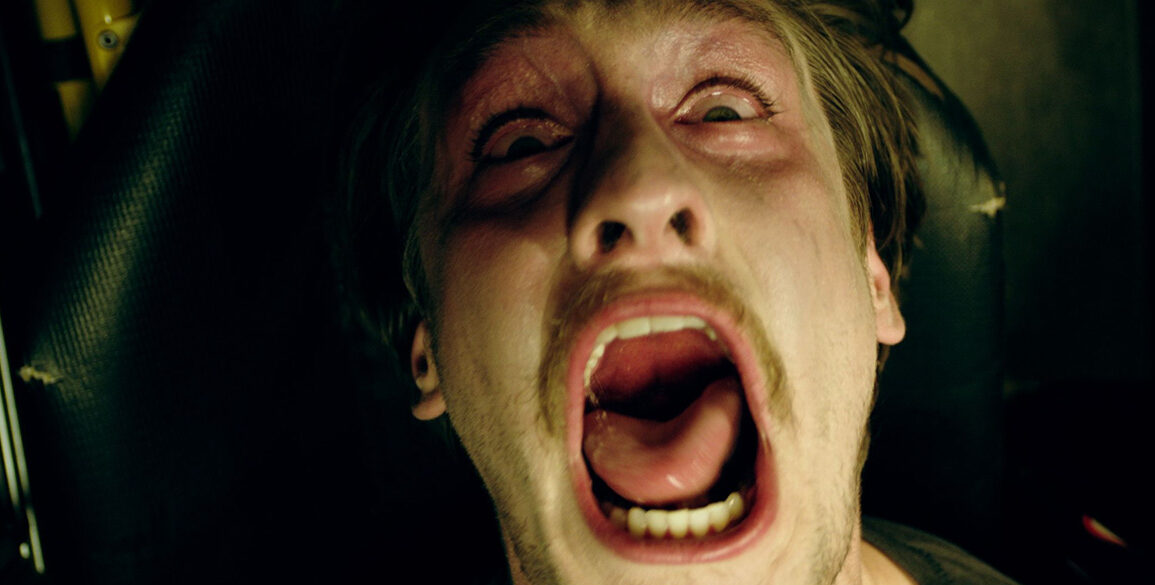 From the top, we’re aware ‘Tiny Cinema’ has one goal — to make you uncomfortable. Yes, you. Narrator Paul Ford says as much as he intros the film, adding “Here, we don’t believe in dreams. We believe in nightmares.” Is self-awareness spooky?

Running through writer-director Tyler Cornack’s ‘Tiny Cinema’ is a need, almost cloying need to be fucked up. It’s a shallow need, not a thought-provoking one. The film’s sole purpose is to say, “oh yeah, we went there, folks.”

Of course only half of ‘Tiny Cinema’’s six vignettes are focused on twisted sexual ploys meant to make you point at your screen or blush at the thought of a man having unconventional turn-ons. The other three in the anthology center on dad jokes, an obsession with the term “that’s what she said,” and a dead man who turns out to be an annoying millennial.

You see, the problem with ‘Tiny Cinema’ isn’t its structure of unrelated, bite-sized tales. That’s its strength, in fact — not a lot of fat on these stories. Plus, the filmmakers clearly have an affection and respect for their horror anthology ancestors, setting the intro with eerie narration and a visual launch into the cosmos a la ‘The Twilight Zone.’ What the film forgets is that there’s a reason those tales stuck with us, and why they spurred thoughtful shows like ‘Black Mirror’ and a Jordan Peele-produced (though poorly received) reboot. Those series knew that the secret to telling effective tall tales is in two things: their timeless takeaways and trust in their audience.

And while ‘Tiny Cinema’ doesn’t have the same lofty goals as its prestige relatives, the film positions itself as slick, knowing, and squarely on premises that will go stale in a week, if they were ever fresh at all. “Orgasms are taboo,” for instance, or “millennials are annoying.”

The latter occurs in Chapter Two of the film, ‘Edna,’ which is coincidentally the most tame and least “fucked up” of the batch. Practically a palate-cleanser, but somehow the most offensive to its audience. The eponymous Edna (Olivia Herman) is a lonely young woman who’s at the end of her rope. But after discovering a body bag containing a dead man, grayed, zombified, and stiff with rigor mortis. She makes him her boyfriend, ‘Weekend at Bernie’s’-style, horrifying her friends in the process.

Dating the undead is fun, and if we’re talking making the viewer uncomfortable, that could do it. But instead ‘Tiny Cinema’ wrangles the tale into a tiresome “millennials are annoying” joke. With the goal of making the dead man a real (dream)boy, Edna brings him back to life — only to find he’s a guy named Cider (Matt Rubano) who fancies himself a musician and wears bad hats. The premise is so tired, the script is one tick away from saying Cider should stop buying avocado toast. The relatively benign story of Edna and Cider captures what ‘Tiny Cinema’ loses touch with: trust in its audience.

There must be more tales from the world of ‘Tiny Cinema’ to come — the anthology structure begs for it. And why not? Hell, keep the dick jokes in. Go hard (no pun intended), be fucked up, and we’ll leap into the swirling cosmos with these characters together. Just no slick, winking reminders next time.

‘Tiny Cinema,’ directed by Tyler Cornack, hits select theaters on September 2nd. The film will be available on demand September 6th, and on Blu-ray October 11th. 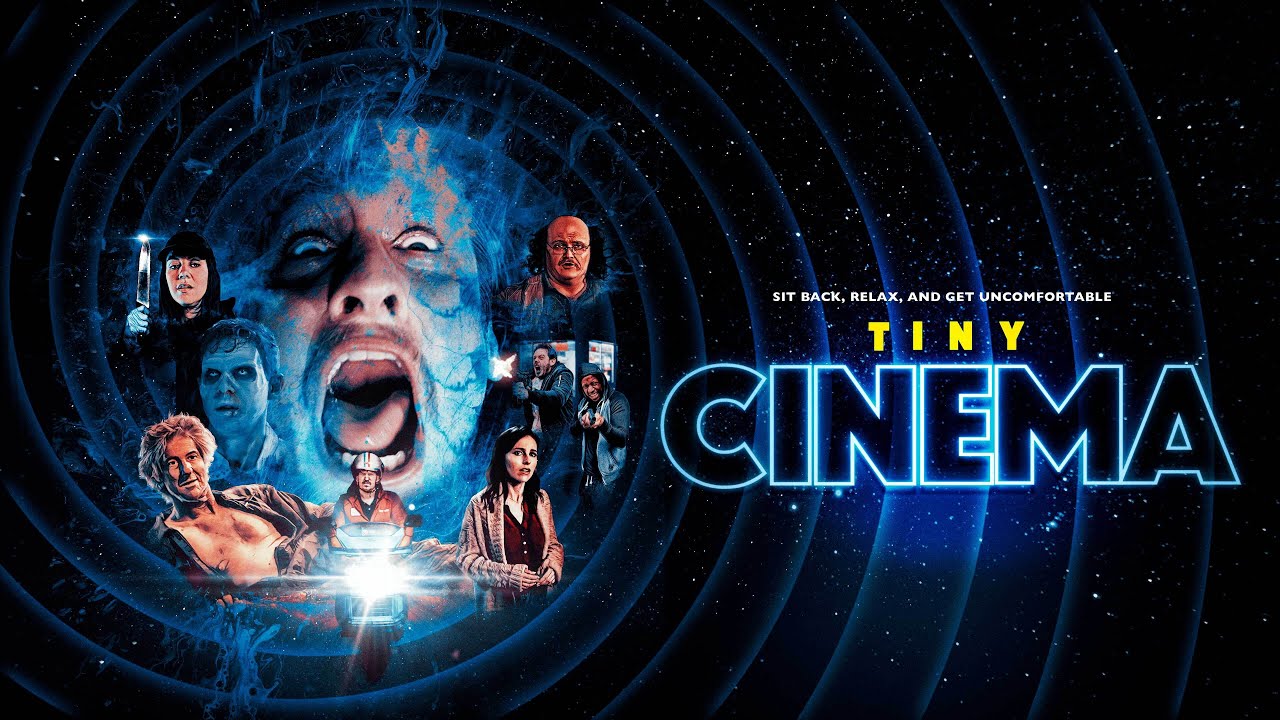