The Watcher: How One Family’s Dream Home Was Turned Into A Nightmare 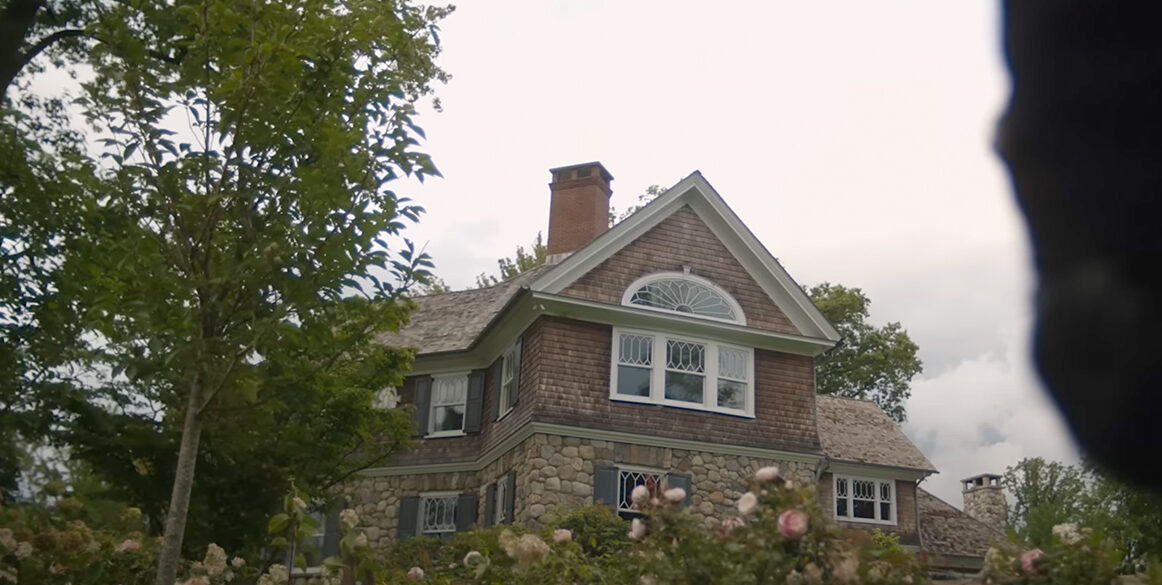 It was a picturesque summer evening for the Broaddus family in the quiet town of Westfield, New Jersey. Maria and Derek Broaddus had closed on their six-bedroom dream home just days prior, and Derek was spending the evening painting. Derek went to check the mail and found to his surprise a letter from a neighbor. At first the letter seemed to be welcoming the couple to the neighborhood but as Derek read on, he realized this was no ordinary letter, and they were dealing with no ordinary neighbors.

As Derek finished reading the letter he was flooded with fear. The letter questioned how the family had ended up there and asked if 657 Boulevard had “called “to them from “it’s force within.” The letter went on to say-

“657 Boulevard has been the subject of my family for decades now and as it approaches its 110th birthday, I have been put in charge of watching and waiting for its second coming. My grandfather watched the house in the 1920s and my father watched in the 1960s. It is now my time. Do you know the history of the house? Do you know what lies within the walls of 657 Boulevard? Why are you here? I will find out.” (Letters Via New York Magazine)

As eerie as the letter already was, it only became more threatening as Derek read on. The letter mentioned both the construction crews the family had brought in for the renovations and their three young children who had been at the house earlier in the week. “The Watcher” as the writer would later call themselves, had already begun watching.

“Tsk, tsk, tsk … bad move. You don’t want to make 657 Boulevard unhappy. You have children. I have seen them. So far, I think there are three that I have counted. Do you need to fill the house with the young blood I requested? Better for me. Was your old house too small for the growing family? Or was it greed to bring me your children? Once I know their names, I will call to them and draw them too [sic] me.”

The letter ended by saying “let the party begin” and was signed simply “The Watcher.”

Needless to say, the letter sent chills up Derek’s spine and running into the house. Derek called the police right away, but the police were just as baffled as he was, and not much was initially done. Derek reached out to the previous owners of the home, the Woods family. He explained about the odd letter and asked them  if anything similar had happened when they lived in the home.

Andrea Woods responded right away. She agreed it was odd and mentioned that they had actually received a similar letter a few days before moving out but since nothing had happened like it before, they had simply brushed it off. But they offered to go with Derek’s wife Maria to the police station to report the letter. Detectives advised them not to share the letter with neighbors as they were now all potential suspects. What a way to move into a new home, creepy letters in the mailbox and a neighborhood full of suspects.

Thankfully the family was still staying in their previous Westfield home while the Boulevard home was being renovated, but the entire family was still on edge. And before long, another letter arrived. This one said-

“Welcome again to your new home at 657 Boulevard. The workers have been busy and I have been watching you unload carful’s of your personal belongings. The dumpster is a nice touch. Have they found what is in the walls yet? In time they will.”

Creepy. The letter went on to ask the Broaduss’ about one of their children, questioning if she was the artist in the family as she had been on the porch with an easel earlier in the week. The letter also referred to the children by name and even nickname, indicating whoever this was, had been watching the family very closely.

The letter went on-

“657 Boulevard is anxious for you to move in. It has been years and years since the young blood ruled the hallways of the house. Have you found all of the secrets it holds yet? Will the young blood play in the basement? Or are they too afraid to go down there alone. I would [be] very afraid if I were them. It is far away from the rest of the house. If you were upstairs, you would never hear them scream.

Will they sleep in the attic? Or will you all sleep on the second floor? Who has the bedrooms facing the street? I’ll know as soon as you move in. It will help me to know who is in which bedroom. Then I can plan better.

All of the windows and doors in 657 Boulevard allow me to watch you and track you as you move through the house. Who am I? I am the Watcher and have been in control of 657 Boulevard for the better part of two decades now. The Woods family turned it over to you. It was their time to move on and kindly sold it when I asked them to.

I pass by many times a day. 657 Boulevard is my job, my life, my obsession. And now you are too Braddus family. Welcome to the product of your greed! Greed is what brought the past three families to 657 Boulevard and now it has brought you to me.

Have a happy moving in day. You know I will be watching.”

Each letter got more personal and more threatening. By now the family was seriously questioning moving into the home, especially with how diligent ‘The Watcher’ seemed to be. The Broaddus’ even tried to sue the Woods family over concealment, saying the family knew about “The Watcher” and intentionally hid that fact from the buyers but the case was eventually thrown out. Meanwhile, the Broaddus’s had sunk over a million dollars into their new home, which was now shrouded in a dark cloud of confusion, suspicion and terror.

Meanwhile, the police had no new leads, while they had investigated one odd neighbor family the Langford’s, short of an admission of guilt, there simply wasn’t enough evidence to move forward. Desperate to find some answers, the family hired a private investigator to help and even began their own personal investigation. Webcams, alarm systems and suspicion filled the family’s life. They even hired former FBI agents to investigate and perform something called a “threat assessment.”  They were able to make a determination of risk from the letters, using details as intricate as errors, spacing, and type font. While the investigators came back saying they did not feel the threats were something the letter writer would most likely act upon, but the fact that they were writing the letters at all, did present some level of concern.

But once again, the focus circled back to the neighbors, the Langford family. They certainly had the proximity to the Broaddus’s to both see and hear the details included in the letters, they had lived in their home since the 60’s, a time frame that was mentioned multiple times in the letters and several other odd coincidences, continued to point to the Langford’s. But the leads ran out and the investigation hit a wall. The Broaddus’ were living with Maria’s mother as they attempted to find answers.

To Stay or To Sell?

But 6 months after the family bought their dream home, they were ready to sell. They put the home on the market but insisted on disclosing the letters to all potential buyers.  But even after pricing the house far lower than it’s worth, many potential buyers never even got far enough in the process to hear about the letters. The house just wasn’t selling. But between the lawsuit and the quick turnaround on the sale, a small news media picked up the story and the rest, as we say, is history. News trucks camped out on the couple’s lawn and the case became one for the world to crack. People suggested checking inside the walls and presented various theories around who “The Watcher” could be. Theories ranged from jealous neighbors, to jilted real estate agents, from previous homeowners to the Broaddus’ themselves! One theory revolved around the idea that Broaddus’ were feeling buyer’s remorse and sent the letters to themselves to get out of the purchase of the home.  But all the media attention and theories got them no further with the investigation. The prosecutor’s department was able to finally rule out the Langford family and with no new leads, the family and investigators were at a standstill.

But the Broaddus’ finally got some good news, a family with large dogs was willing to rent the house, with an easy out clause if any additional letters appeared. And unfortunately, one did. It read-

“Violent winds and bitter cold. To the vile and spiteful Derek and his wench of a wife Maria,

This letter was far more openly threatening than the others and came two and a half years since the first one. But thankfully although creeped out, the renter agreed to continue to stay with the installation of additional security cams. Years later, the Broaddus’ were still feeling the fallout from the letters. The rent from renters did not cover the mortgage on the house, their children were teased, and suspicion still followed the family around the town.

The Watcher may not have written a letter in recent years, but there is not a day that goes by that the Broaddus family doesn’t think about them. But finally in 2019, 5 years after the nightmare began, the family was finally able to sell their house and begin putting their lives back together after one of the creepiest, crawliest true crime stories we’ve ever heard.