At long last, director Nia DaCosta‘s Candyman hits theaters today! The supernatural slasher has been on the minds of horror fans for well over a year since it was announced that the initial release date was pushed back due to the pandemic. However, we’re all ready to DaCosta’s victim and succumb to this killer remake of Bernard Rose‘s 1982 classic.

Here’s a rundown on the film:

“For as long as residents can remember, the housing projects of Chicago’s Cabrini-Green neighborhood were terrorized by a word-of-mouth ghost story about a supernatural killer with a hook for a hand, easily summoned by those daring to repeat his name five times into a mirror. In present day, a decade after the last of the Cabrini towers were torn down, visual artist Anthony McCoy (Emmy winner Yahya Abdul-Mateen II; Watchmen, Us) and his partner, gallery director Brianna Cartwright (Teyonah Parris; If Beale Street Could Talk, WandaVision), move into a luxury loft condo in Cabrini, now gentrified beyond recognition and inhabited by upwardly mobile millennials. With Anthony’s painting career on the brink of stalling, a chance encounter with a Cabrini-Green old-timer (Colman Domingo; Zola, Ma Rainey’s Black Bottom) exposes Anthony to the horrific true story behind Candyman. Anxious to maintain his status in the Chicago art world, and spurred on by his white art dealer, Anthony begins to explore these macabre details in his studio as fresh inspiration for paintings, unknowingly opening a door to a complex past that unravels his own sanity and unleashes a terrifying wave of violence that puts him on a collision course with destiny.”

Ain’t she a beauty? Lowe is also a composer to keep on your radar. He works primarily with voice and modular synthesizer for sound in the realm of spontaneous music. Along with analog video synthesis works, he has also brought forth an A/V proposal that’s been a focus of live performance and installation. In their press release, Waxwork mentions the score has a “marriage of synthesis and the voice has allowed for a heightened physicality in the way of ecstatic music, both in a live setting and recorded. The sensitivity of analogue modular synthesis echoes the organic nature of vocal expression, which in this case is meant to put forth a trancelike state. Lowe’s works on paper tend towards human relations to the natural/magical world and the repetition of motifs.”

The pre-orders are $45 and can be purchased directly through Waxwork here. They are expected to ship in January 2022 but the date may be subject to change given the lingering pandemic. 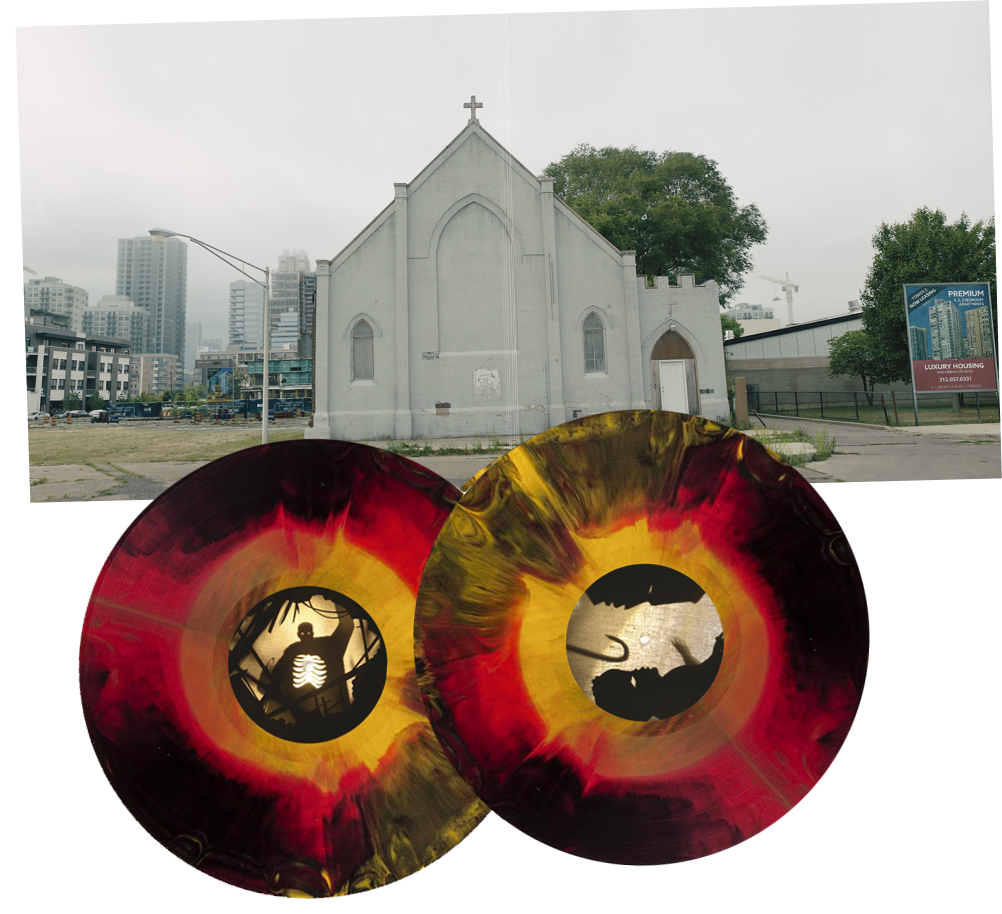