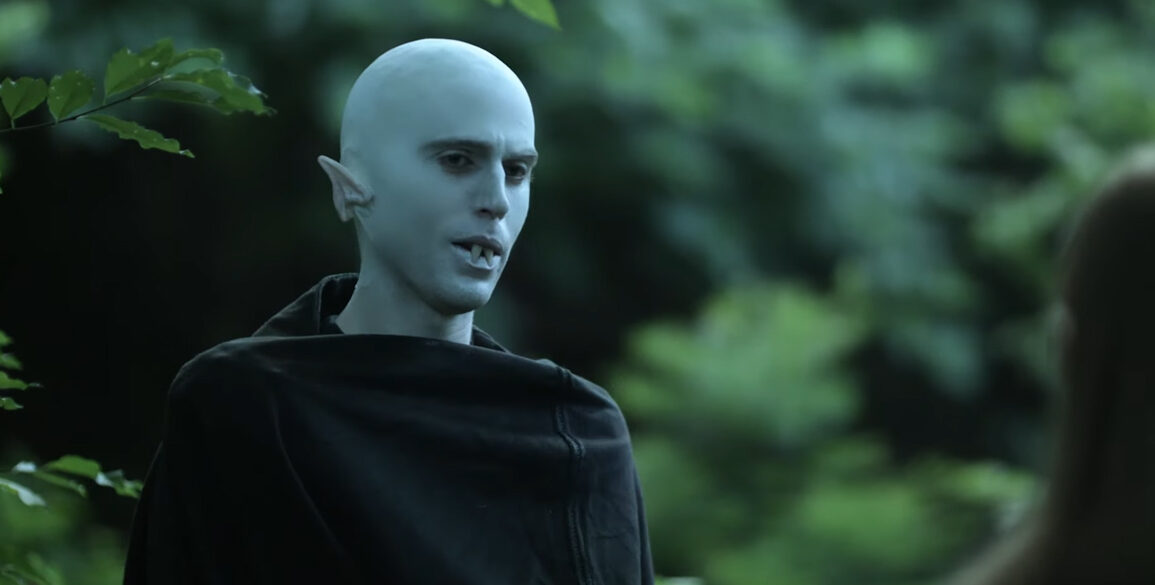 ‘Cryptina’s Spook-Time Variety Show’ is a sketch comedy horror anthology show from Ryan Rigley . The series is hosted by Cryptina (Stephanie Twyford Baldwin ), an albino mistress of the dark that introduces each sketch with the unwanted help of her ex-boyfriend Ghoulsby, a vampire permanently stuck in bat form due to a gypsy curse. The short film made its way around the festival circuit last year including a screening at our festival, Panic Fest. Now it has made its way online for everyone to enjoy.

The short film plays out as an episode with 2 stories that features Count Orlock, a Zombie Magician and a cult leader that has a high anxiety of dying alone.

Check out the full episode below!