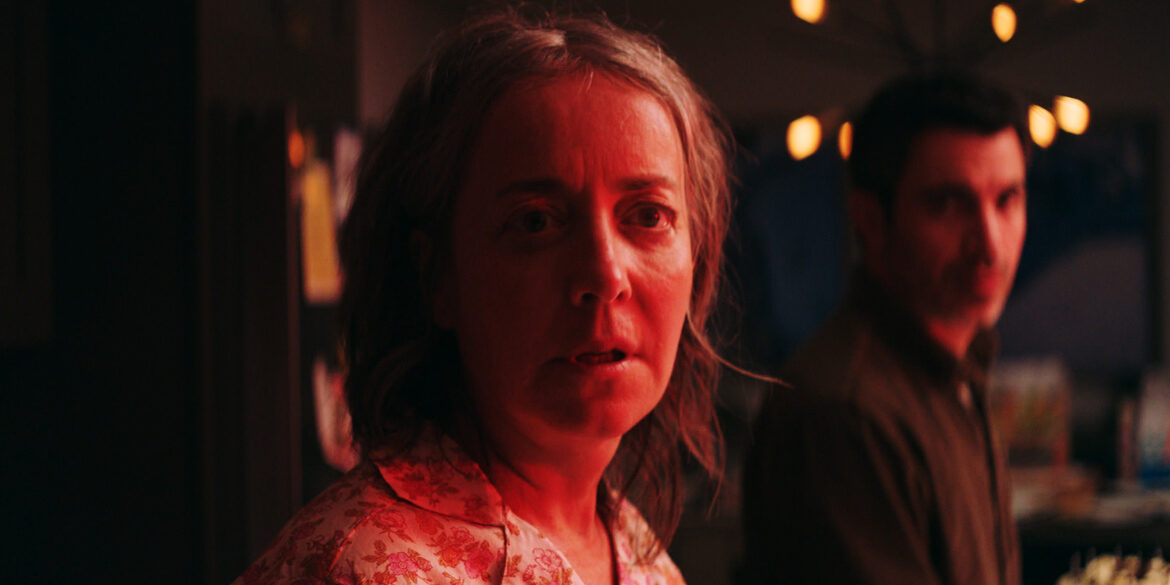 ‘She Dies Tomorrow’ was set to debut at SXSW 2020. Then the pandemic hit and shut everything down. Luckily it has now found a home with NEON and will be available On-Demand August 7th and at select drive-in theaters July 31st.

Director Amy Seimetz discusses where the idea of contagious fear came from. It how it has always been a part of horror, but it usually isn’t so openly the entire topic of a film, which makes it more unique.

What is the origin of the “ideological contagion” that plagues the characters in the film?

Amy Seimetz: I was dealing with my own personal anxiety and found I was spreading my panic to other people by talking about it perhaps too excessively – while simultaneously watching a ton of news and watching mass anxiety spreading on the right and left politically. All this while remembering losing my father and many friends, that we all die at some point. We don’t know what to do but keep living, realizing the absurdity and tragedy that ‘with life comes death.’

I also love genre movies. And there is an innately a fun ‘contagious’ element to all of them. The monster or ghost is the plague. Everyone you see in genre film catches the plague and either dies or prevails… for now.

You shot the film without the greenlight from a financial backer or a studio – is this the first time you made a film in this way? What were the challenges and also the rewards?

Amy Seimetz: I knew the film I wanted to make. I talked for a moment to people that might fund it and the questions from them were driven from a marketing standpoint. And I get that, I do. I write for TV.

Sci-Fi. Slice of life. I binge-watch all these genres on Netflix or Hulu or Amazon when I can’t sleep. All the different tones and all the different approaches to narrative are usually ingested in my sleepless moments.

So, like my life, the content I was consuming was a mix of super serious, scary, heartbreaking and hilarious, each one a cathartic release.I also made a promise to myself when I had no money that I would work my way up to self financing films.

Big or small. I live very frugally, so PET SEMATARY paid for my film. I am lucky. I could. So I did.

Also, I am not in a space where I feel like I need to prove anything. It would be silly for me to not make a DIY film with everything I’ve learned as opposed to banging my head against the very long development process that comes with well-funded TV or film.

As for challenges, because I did it this way there wasn’t anything I can point to as a challenge for myself. Maybe I sound arrogant, but don’t really care. For rewards, every decision was based off what I wanted, so I was able on a technical level deepen my knowledge of camera, edit, and sound, which is all I want to do.

You’ve worked with actress Kate Lyn Sheil a number of times, notably in your feature debut SUN DON’T SHINE. What is your collaboration with her like?

Amy Seimetz: Kate Lyn Sheil is one of the most alluring actresses I have ever seen. Her decisions are so acute and so subtle – I feel like she is telling me secrets when I watch her perform.

I am so inspired by her intelligence and humor; she is one of the fucking funniest people I know, but also moved and inspired by the friendship we’ve developed over the past ten years. We have a shorthand and deep trust. She gets me and I get her so the process is so easy. And for both of us – it allows us to go deeper into subtleties. She’s a finely-tuned acting machine that can turn to 100 one moment and to 5 in one seamless look. I am a bit jealous of her as an actor.

But 75 percent of directing is hiring people who are smarter than you in all the various departments…. so hence Kate Sheil as Amy. I adore her on screen and as my friend.

This film has such an impressive ensemble cast. What was the process of assembling everyone?

Amy Seimetz: I feel like the easiest way is for me to walk through every member of the cast.

Kate: Obviously we’ve worked together before and she was the first person I called when I knew I wanted to make this.

Jane Adams: She and I met on SILVER BULLETS (Joe Swanberg) back in 2008. I was producing and she was acting and she kept asking Joe why I wasn’t in the film, and eventually I was ended up being in it. Jane and I have stayed friends ever since. We have been talking for a while about figuring out something to do with each other.

Kentucker Audley: Kentucker was in [my directorial debut] SUN DON’T SHINE and he has this Paul Newman charm on screen that I can’t get enough of. I wanted to explore a budding relationship in a pressure cooker. Kate and Kentucker have a short hand. He and I have a shorthand. We all feel comfortable to play.

Katie Aselton: I met Katie at SXSW in 2008. My best friend Adele Romanski produced Katie’s film THE FREEBIE and BLACK ROCK, so I have massive respect for Katie not only as an actor but as a director. She’s also incredibly hilarious.

Chris Messina: Chris reached out to me after I directed Season 1 of “The Girlfriend Experience” and we were trying to figure out if he could be in Season 2. Ultimately his schedule with “Sharp Objects” took him away, but he and I ended up acting together on a film called THE SECRETS WE KEEP and that’s where I knew we were not only friends and like-minded, but that I deeply wanted to work with him.

Tunde Adebimpe: Tunde. I mean. He can do everything. He was in the second season of “The Girlfriend Experience.” And he is so unbelievably good. Subtle. Honest. Incredibly kind…. and wickedly funny. I feel lucky he wanted to work with me. I am vicariously a rock star through him.

Jennifer Kim: I met her through Kate Lyn Sheil but have a big fan of her performances for a long time. I have seen her in multiple plays and tracked her performances in indie films and television for a while now. But I was very excited for this to be the first time we worked together.

Josh Lucas: I met through my agent Andrew Finkelstein. Josh lives in Indonesia and happened to be in LA while I was shooting the specific scenes. What I found so great about Josh is that he had seen a few things I had directed but he was so ready for the adventure of this little thing. He had no idea what the movie was. AT ALL. He was absolutely fun and funny and got it immediately. I have so much respect for that trust he gave me.

Adam Wingard: He had to because he owed me! I hung upside down for like 24 hours in [his film] A HORRIBLE WAY TO DIE, so I cashed in a favor there but also knowing I couldn’t think of anyone else that could play that part. Not only for the tone I was thinking but also because this film is a massive meta
monster.

Olivia Taylor Dudley: I have been friends with her for a long time now. I just adore her. I love that she’s able to dip in and out of working on a show like “The Magicians” and also go and produce and act and now direct on these incredibly wild and off-the-wall independent projects. Michelle Rodriguez: I very rarely take general meetings with actors, but I had such an amazing respect for Michelle’s power on screen but also just how she’s able to hold her own in these incredibly masculine movies. So we met. And we loved talking with each other. And I kept thinking about her. She also happened to like our meeting and was thinking about me too, so it was actually a breeze. 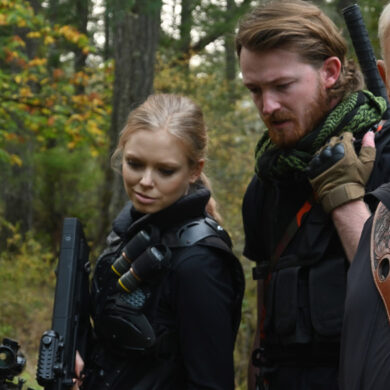