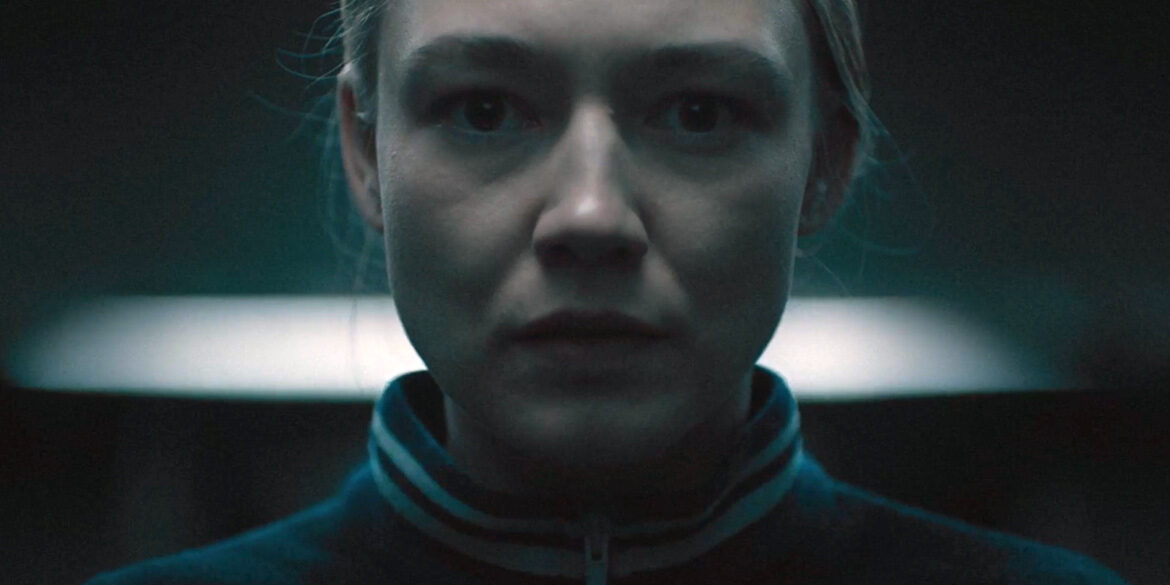 ‘Sputnik,‘ the new film by director Egor Abramenko, is a layered and nuanced film that deals with personal trauma, the way it haunts us, and how it cycles towards new and fresh trauma.

Oh, and it’s a monster movie.

The film opens as these films often do, with our maverick and unorthodox protagonist being scolded by her peers for using methods that are unconventional and dangerous. Our protagonist is undeterred though. She bears a confidence we all covet, the ability to rise above self doubt and to simply know you are the hero of this story; and any other iteration of that narrative is just nonsensical noise.

Tatyana Kilmova, played wonderfully by Oksana Akinshina, has her confidence validated almost immediately as she is approached and whisked off to a super secret, and super important project.

This project is a cosmonaut who has returned from his volatile mission with something inside him, some symbiotic creature that is nesting and melding with him. Tatyana’s confidence and unconventionality is exactly what he needs.

While this all seems pretty standard narratively, with no real wrinkles thrown in, the film is a strong example of the narrative container being far less important than what happens within it.

The plot synopsis is expected and a bit wooden, it sounds like a film that has nothing new to offer. But, through the portrayals of the two characters by Oksana Akinshina and Pyotr Fyodorov, and through the exploration of trauma and the cyclically damaging way it affects our lives, this film becomes far more engaging and interesting than the synopsis describes.

The trauma is very tactile and visceral in Pyotr’s character of the cosmonaut. He literally has a dark creature that haunts him, that escapes from his body and inflicts damage in his weakest moments. Oksana’s character, though, is also dealing with the fallout of her trauma. Unlike many other films, the confidence of our protagonist is not just a one-dimensional trait, it is a survival technique. Through moments within the film we see this confidence crack and wain, her own dark trauma peeking out.

And that is what makes ‘Sputnik’ so engaging and special. It is a monster film in which trauma is the monster.

The film is wrapped up in conventionality with a monster movie conceit. To be clear, though, it completely succeeds at that convention. The pacing, the monster, the visualization, it is all well done. It all works on the surface of the narrative. What makes ‘Sputnik’ memorable though, and what will keep it from fading into history, is that exploration of the two main characters and the way their trauma has damaged them, and continues to damage those around them.

‘Sputnik’ is a prime example of how film, and art in general, can both entertain and allow escapism while still exploring something innately human and relatable. This exploration is therapeutic, insightful, and powerfully human. Sputnik, as great films are, is communal. It supports, it entertains, it provides an outlet.

And that is what we all need.