REVIEW: Maisie Williams is Trapped in ‘The Owners,’ an Underwhelming Home Invasion Thriller 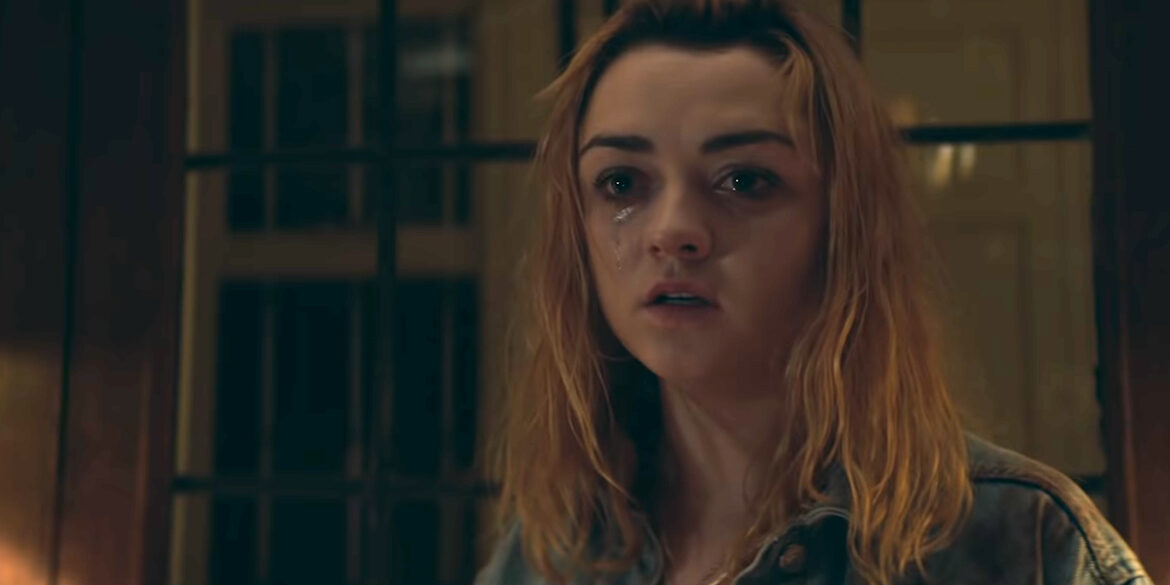 There is always something to admire about a film that gets right to the main event. The Owners opens with three young men scouting the home of Ellen and Richard Huggins, an elderly couple living in rural England. According to Terry, the most bashful member of the group played by Andrew Ellis, the wealthy couple owns an enormous safe that should be easy to crack. Nathan (Ian Kenny) is desperate to buy his way out of his small hometown. Gaz (Jake Curran) is more interested in just causing destruction. Three aspiring burglars, three awful 1990s haircuts.

Right before the group descends their hilltop perch to the break into the house, Mary finds them. Mary, played by Game of Thrones star Maisie Williams, is Nathan’s girlfriend and someone who needs their car to drive to her job. Nathan assures her to stick around because the burglary will be quick and painless. However, as the group forces their way into the house, they immediately realize how unorganized and unprepared they are for this job.

Richard Huggins (Sylvester McCoy) works as a doctor, so one room of the house is a makeshift operating room for his patients. Gaz explores the home recklessly breaking everything in sight until Terry finds the large safe in the dingy, unfinished basement. The safe has a dial lock, but the crew only brought equipment that can crack an electronic lock. Nathan and Gaz then change the game plan, deciding to ambush the couple when they return and force them to give up the code.

Director Julius Berg’s debut feature is an adaptation of the Belgian graphic novel Une Nuit de Pleine Lune by Hermann Huppen. Since the film starts with the break in, Berg slowly reveals backstory about the characters and their community throughout the runtime. There is no Oceans-esque first act breakdown of how each person decided to commit this crime. The straightforward storytelling is an effective way to get right to the action, but without stakes there isn’t much of a reason to be invested in Berg’s characters, especially when they constantly make bad decisions. Gaz is the only one not born and raised in this small community. Even when the crew puts stockings over their heads, it does not take long for Richard to figure out exactly who is trying to rob him.

Richard and Ellen lost their daughter years ago and they still keep her room completely intact. As an elderly couple who have dealt with their own trauma, they are surprisingly calm and silly when they are tied up and led to their basement. Sylvester McCoy, most known for playing the seventh incarnation of Doctor Who, shows little to no sign of panic. He starts negotiating with Terry and Nathan, allowing them one last opportunity to leave with no consequences. Nathan desperately threatens Ellen with a boxcutter and Richard still refuses to give up the code. This is the first sign that the Huggins might be hiding something other than a fortune.

The obvious comparison to The Owners is Fede Alvarez’s Don’t Breathe from 2016. In that film Stephen Lang plays a blind man who looks like easy prey until he becomes the predator. McCoy isn’t nearly as imposing physically and takes much longer to show his true colors. After a tense moment in the basement, one of the crew is injured and Richard convinces Mary to be freed to help seal an open wound. Richard’s smooth talking is his best asset, but he never feels as dangerous or unpredictable as he should be. If a truly sinister villain is rated from a scale of one to ten, Richard is around a five or a six. Ellen is presumably senile, so the film gets a few cheap scares when she isn’t lucid. Through each moment of tension or plot twist, it’s hard not to remember that Don’t Breathe handled its tense moments and plot twists better in almost every way.

The most interesting aspect of The Owners is how Mary emerges as the only character who has a sense of what is going on. Every man in the film abuses or manipulates her, and the film becomes about her trying to free herself from fragile men. Berg’s best shot is through her point of view, slowly backing away as Richard calmly lies about an ambulance being on its way to the house.

The script doesn’t allow Maisie Williams to showcase her talent in one of her first roles after the end of Game of Thrones. She is known as a trained fighter, but the underwhelming third act action sequences don’t take advantage of her skills. From the relationships to the action to the tension, The Owners is too bland to act as an entertaining thriller.

40
REVIEW: Maisie Williams is Trapped in ‘The Owners,’ an Underwhelming Home Invasion Thriller 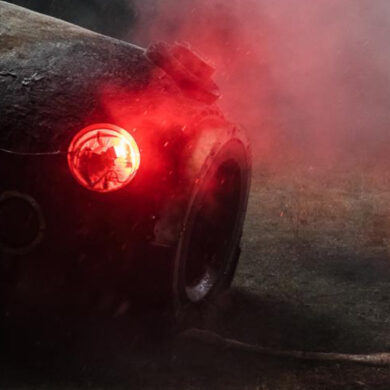 Creepcast: Russia is Hiding a Government Secret in the Sci-Fi Horror Thriller ‘Sputnik’