Never bring a knife to a wolf fight!

RLJE Films announced that it will release the horror, comedy film ANOTHER WOLFCOPon DVD, Blu-ray and Digital Video on July 3, 2018.

ANOTHER WOLCOP is the highly anticipated sequel to the cult classic WOLFCOP. Written and directed by Lowell Dean (WolfCop), ANOTHER WOLFCOP stars Leo Fafard (WolfCop), Yannick Bisson (“Murdoch Mysteries”), Amy Matysio (“Epic Studios”), Jonathan Cherry (Goon: Last of the Enforcers), Serena Miller (Separation Anxiety) and Kevin Smith (Clerks). RLJE Films will release ANOTHER WOLFCOP on DVD for an SRP of $27.97 and on Blu-ray for an SRP of $29.97.

SYNOPSIS:
A year has passed since the dark eclipse transformed hard-drinking Officer Lou Garou (Leo Fafard) into the infamous lycanthrope crime-fighter. Although the evil that controlled Woodhaven was defeated, the community is far from returning to normal. A villainous entrepreneur (Yannick Bisson) is looking to open a new brewery and revive the local hockey team, but it’s clear he has ulterior motives. With a new mayor (Kevin Smith) and the new chief of police (Amy Matysio), WolfCop has his work cut out for him when he has to save the town all over again.

The ANOTHER WOLFCOP DVD and Blu-ray includes the bonus features “The Making of Another WolfCop,” “Friends & Foes: Meet the Cast,” “The Monster Shop: Special FX,” “Shoot or Die! Surviving On Set,” and “Barn Burner” music video by Shooting Guns. 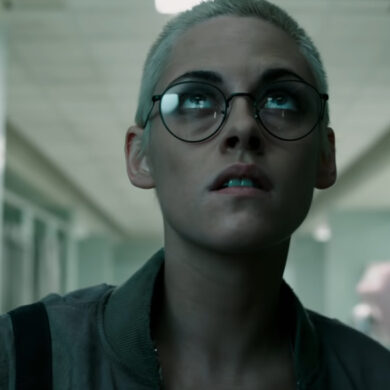