The True Triumph of ‘Skinamarink’ is its Lore 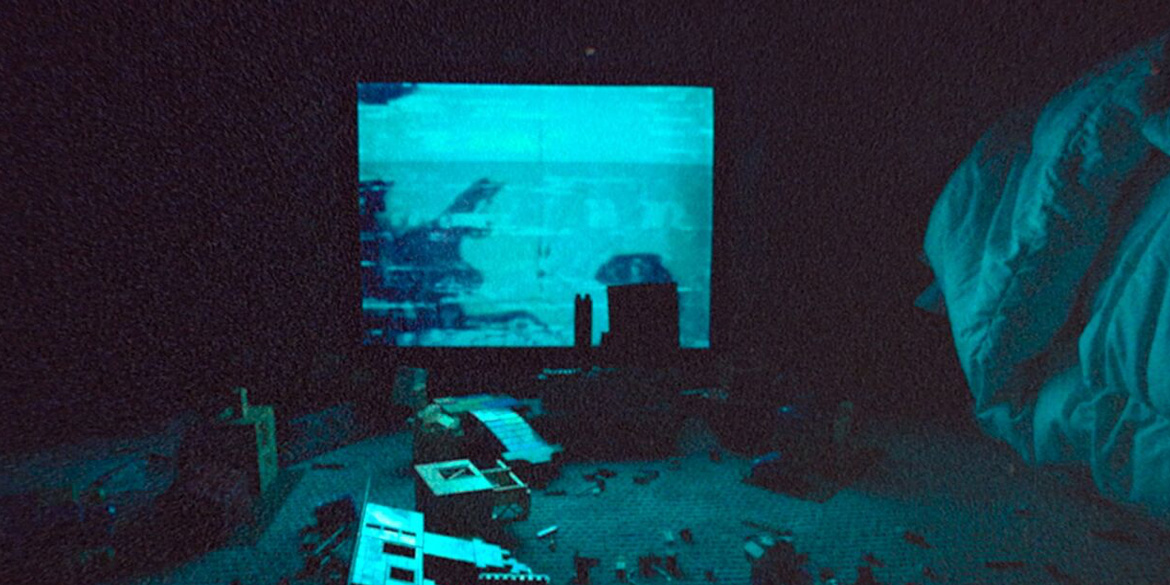 You’ve probably heard whispers– or stumbled upon some surprisingly hostile Letterboxd reviews– about a weird film by the name of ‘Skinamarink‘ at this point. Ever since Writer and Director Kyle Edward Ball’s feature directorial debut at the 26th Fantasia Film Festival in July of 2022 and the film’s subsequent leak, ‘Skinamarink’ has garnered quite a reputation amongst a strangely wide pool of people.

I have heard the film regaled as, “…the scariest thing I’ve seen since that ‘Ring’ movie. I had to watch it through my eyes.” And on the flip side, my ears have also borne witness to comments a bit less merciful, such as, “This is a really great Director. I hope they get to work with a writer next time.” Brutal.

But Director Ball’s film is unlike anything the Horror realm has offered in quite some time, if ever. The manner in which this piece is crafted is exceedingly intentional. From the barely audible voices in far corners of the house to the lingering glances at cast-aside toys and flickering cartoons set amidst looming doorways, Skinamarink’s scares lie in the waiting. The film makes its viewers lean in and pay attention. If you aren’t actively peering through the grain with your ears pricked, trying to make out the outline of faces and the shapes of clues in the near dark, you might miss something! Or so the claustrophobic, ever-buzzing soundscape leads us to believe.

As I sat in Brooklyn’s Nitehawk Cinema for a 10 pm screening with a theater full of people, it became very clear to me that the true triumph of ‘Skinamarink‘ is its lore. Not at all unlike many other now-cult Horror films of the past (The Blair Witch Project, Paranormal Activity, etc.), ‘Skinamarink’ evokes responses from its audiences. It does not leave people impartial to what they experience, and even at a base level, it intrigues.

With marketing and buzz that largely consisted of word-of-mouth, ‘Skinamarink’ still managed to get people in those seats, whether or not they appreciated the atmospheric nostalgic-nightmare journey that the film had to offer them.

Even here at Downright Creepy, where horror enthusiasts live, there was a wide range of feelings and thoughts regarding good ol’ Skinamarink. What a name. Without further ado!

“I think it was… interesting. I don’t think I’d rewatch it over and over like other movies, but I think there’s something interesting about the experimentation with structure. It does give that ‘I woke up in the middle of the night and don’t know what time it is and my head kinda hurts and I’m stumbling around’ or the fear of walking around a house late at night as a kid. Probably a 3/5 for me, it could’ve gone through with a little trimming down here and there.”

“I described it as a bowl of lucky charms with only like five marshmallows, so overall pretty bland. I thought the beginning could definitely be shortened by at least 5-10 minutes, OR get some ‘action’ started a lot more early on. Normally I don’t have a problem with ‘slow’ films or slow starts, but man this pushed it, dragged it till it was bleeding. As a fan of weird, creepy Youtube-esque shit this felt pretty right up my alley at its best points, and like a classic example of ‘this should’ve been a short film’ at its worst. I found its jumpscares to be some of the favorites I have seen (since I don’t subscribe to the idea that jumpscares are inherently bad) and again personally liked that aspect of clearly being inspired by a certain genre of ‘online’ horror. It’s a similar experience to those nights when you can’t sleep and you just stare into the darkness of your room as your eyes adjust just enough to make out shapes and outlines, but not enough to tell if those are just your clothes or maybe someone in your clothes. It had some really surrealist imagery towards the end which I deeply appreciated. I applaud its restraint but wish it had let the reigns loose just a tiny bit more. I certainly don’t agree with the idea that this is a masterpiece, but I do see an opportunity that the film opens up for a mixing of the standard horror in film and horrors thus far only contained to internet/youtube content. Overall, great ideas, great bits n pieces, but that unfortunately can’t make up for the lacking of the rest of the film.”

“The film seems to self-loath in its overindulgence of “mind tricks”. Not only did staring at the screen after 20 minutes start to give me a headache, but I found the sound design to be quite drastically off. One second you can hear whoever is talking, to having to read subtitles throughout the majority of the film. While it might have been an artistic choice, it felt as if they didn’t record lines correctly. Finally, in regards to the sound, the jump-scares were my least favorite part as they were so loud my ear drum almost burst.”

“Totally get why some viewers would see it as like, ‘Vibes: The Movie.’ It is sleepy and plotless and mostly a slideshow of walls and door jambs and hallways. But if you have the patience to stick with it, you’ll find it’s a film about the tricks our minds play on us in the dark. Every sound feels amplified, every shadow looks like a figure, and the things you love in the daytime seem menacing without the light. And while I like to think anyone who says they’re not scared of the dark is a damn liar, turning off the lights simply puts many of us to sleep.”

“Even if you hated it, you should be inspired that a movie made in the director’s childhood home for less than $15k opened in nearly 700 theatres and has already made a million dollars.” / “It’s an experimental film and that is how it should be viewed.”

As we monitored the reaction online we also found these responses to encapsulate how horror fans were feeling about the film:

“When you fall asleep in the living room with the tv on, and you wake up alone with the tv still on… but scary”

“I related so very much to the face of the creature person and felt as though it was me…because I once was in a house and played with legos.”

“It was a suspenseful yet grainy piece of terrifically putrid vileness.”

“Some movies need a hot dog” 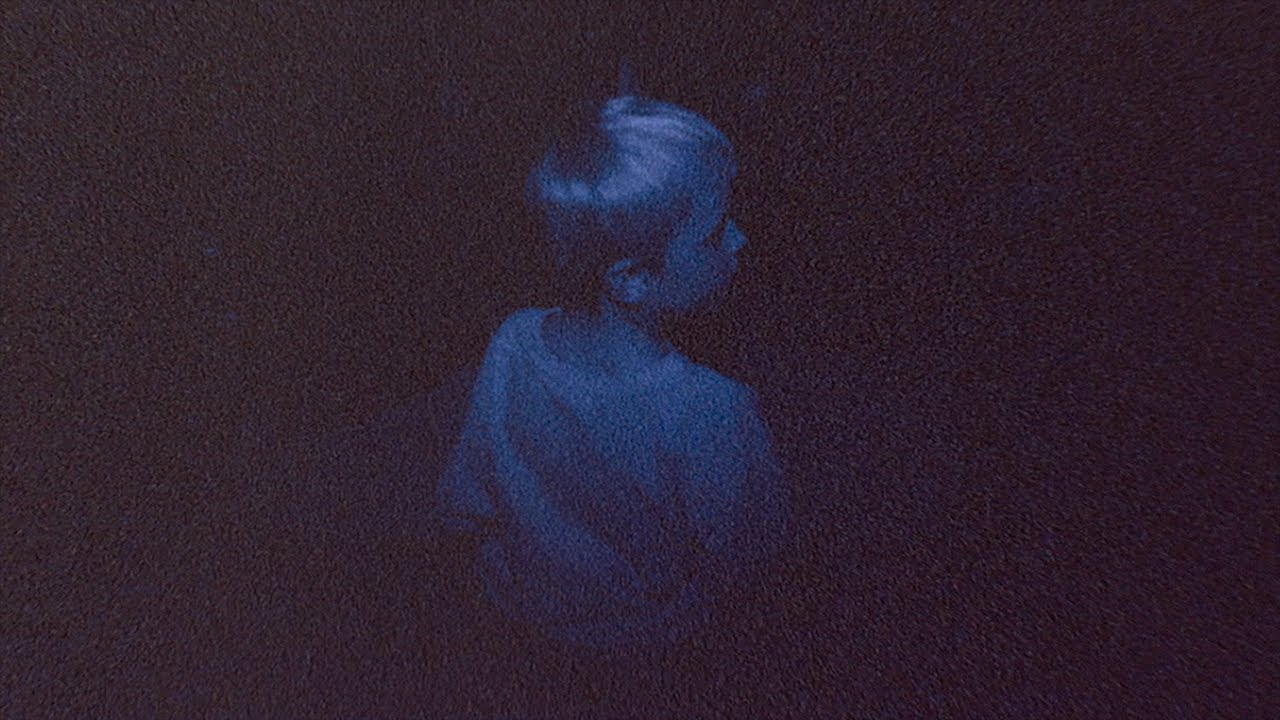 Like it or hate it, ‘Skinamarink’ took a big chance as an indie film that ultimately got released in theaters. As we see more studios taking chances on lower budget films in the box office, in the short term, it’s paying off.

‘Skinamarink’ comes to this house (and yours) on Shudder February 2, 2023.