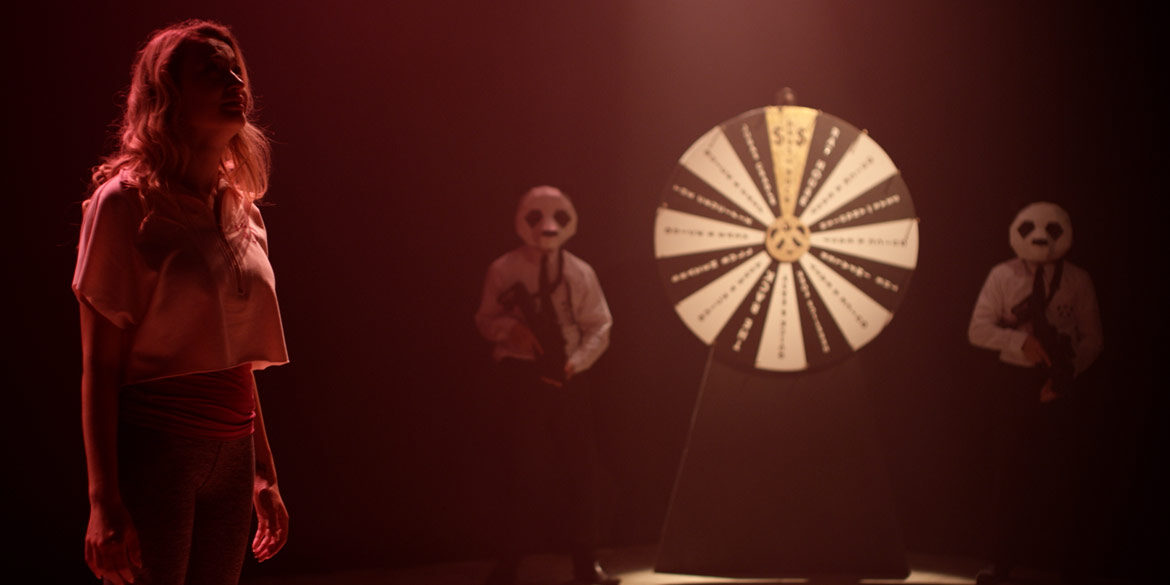 Down and out backup singer and celebrity ex-husband Kasper is invited to compete in the Funhouse, an online ‘Big Brother’ style reality show. To rebrand his image and tarnished reputation, Kasper reluctantly accepts the offer. Together with 7 other C-list celebrities from around the globe he will compete for the prize of 5 million dollars. At first, the Funhouse is just as the name suggests, full of wild times, budding friendships, love connections and brewing rivalries. To everyone’s surprise, the fun quickly turns into misery when the first challenge leaves one of the contestants brutally murdered.

Magnet Releasing will release FUNHOUSE in theaters and on demand May 28th, 2021.

Director Jason William Lee shared these thoughts about the film:

“My involvement with Funhouse began in 2017 when I met our Executive Producer, Henrik Santesson. He had recently seen my first feature film The Evil In Us at the Sitges Film Festival and really enjoyed it. Henrik had a rough idea for a Horror/Thriller that he wanted to produce so I quickly agreed to come on board as the film’s writer, director and editor. While I was definitely very eager to direct my second feature, the idea of making a film about a reality series where people get brutally murdered, made me quite apprehensive at first. The last thing I wanted to do was create a mindless torture porn spectacle that glorified violence and brutality without having any true substance.

I felt that the only way I could write and direct a film of this nature was if I could infuse a storyline that not only entertained the audience, but also made them think about the bigger picture. Thankfully, Henrik and my producing partner Michael Gyori felt the same way, so together the 3 of us embarked on an amazing adventure creating Funhouse. For me, one of the most fascinating aspects of making Funhouse, was creating a diverse ensemble of 8 main characters, casting them and bringing them to life. While they are all exaggerated stereotypes of this new breed of fame spawned from reality television and social media, they each also each have their own personal stories that often make them the antithesis of what society has labeled them. It’s very easy to hate on celebrities and even easier on those who cultivated their fame through reality television and social media, so the biggest challenge was to make these characters likable and relate-able, so that audience actually cares if they live or die.

I hope I was successful in achieving that. The social media themes in Funhouse and how they shape the villain’s psyche, both intrigued and disturbed me at the same time. For me, social media has exposed something in humans that has been there all along, but only recently has been brought to the surface on a global scale. Our thoughts, values, emotions and opinions can be spread within seconds on these new platforms and in some cases can influence millions of people very quickly. I’m not sure we yet realize the full potential and devastating power of this new medium, but it’s starting to show. Beneath the surface, I believe Funhouse delves into these deeper topics, but tries to look at the issues from both sides, allowing the audience to make the final choice in the end. Either way I hope they like it and have FUN.” 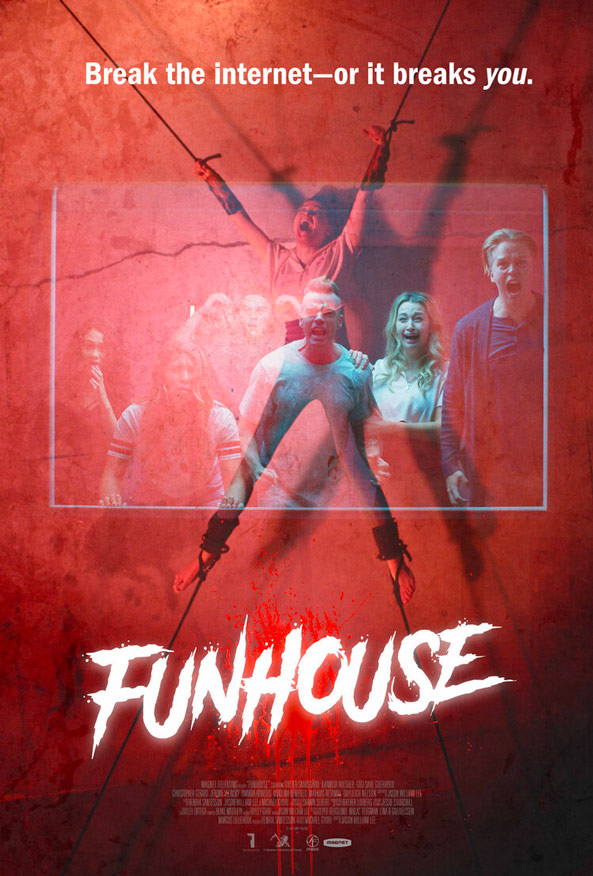 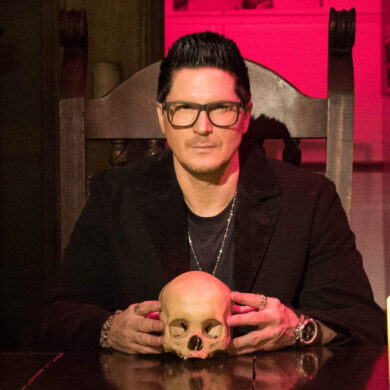