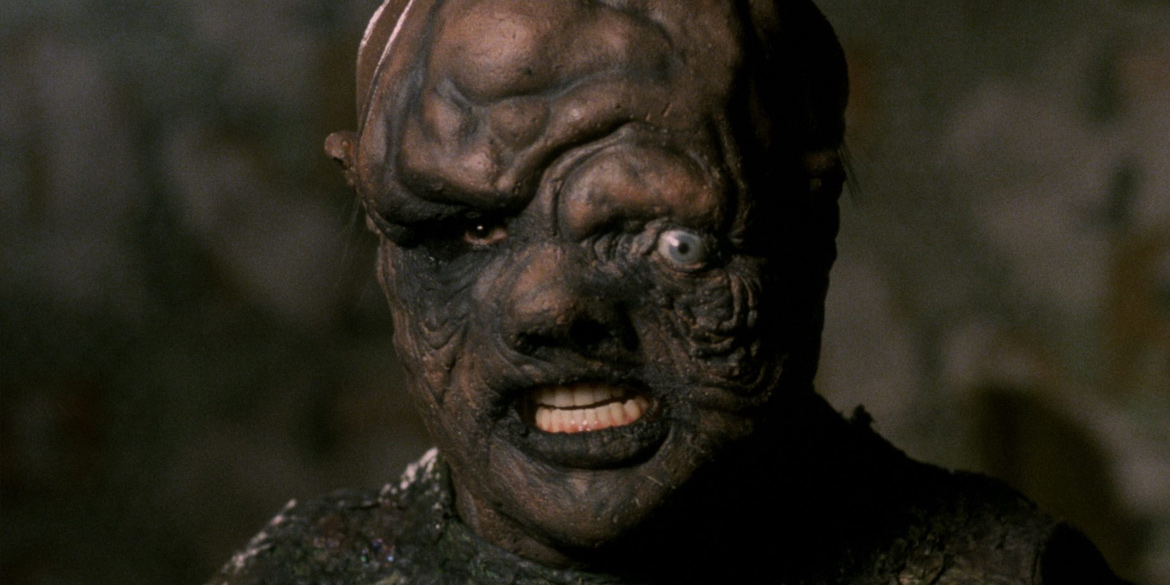 Sometimes you come across a piece of movie news that feels like a joke. Something so strange that there’s no way it could be true. This is one of those stories. It may come as a surprise, but The Hollywood Reporterran a story last night stating Legendary Entertainmenthas acquired the rights to TheToxic Avengerfranchise. Not only that, but they’re planning a big budgeted reboot film. One that would see series creators and Tromaco-founders Michael Herz and Lloyd Kaufman on-board as executive producers.

The original 1984 film centers on meek janitor, Melvin Ferd. While being chased at his job, he crashes through a second story window, into a drum of toxic waste below. The chemicals mutate him into a deformed figure of superhuman size and strength. As The Toxic Avenger,he uses his newfound powers to thwart crime throughout Tromaville. The film was an instant cult classic, playing regularly to midnight audiences. In addition to three sequels, “Toxie”, as he was affectionately called, had a Saturday morning cartoon and eventually ended up with a Marvel comic. Becoming the most unlikely of franchises ever.

In a marketplace that’s sustained two Deadpoolfilms recently, the move isn’t the wildest thing imaginable. A grotesque superhero heading a film filled with gratuitous violence and bouts of debauchery is sort of acceptable these days. Well, maybe not to the extent that Troma’s Avengers films dabbled in. What Legendary plans to do with the property is the big question. Their ties to DC Comicmovies, The Hangoverseries and Pokemon: Detective Pikachusuggest they view this as a big undertaking. At the same time though, most might not be aware that they purchased Asylum Entertainment back in 2013. Yes, the schlockmeisters behind numerous blockbuster rip-offs and SyFy Originals. A fact that proves this movie could embrace its inherent ridiculousness, quite easily.

This isn’t the first time a new Toxic Avenger film has made the news. In 2013 a “re-imaginging” was proposed, with Arnold Schwarzenegger primed for the lead. Then, 2016 saw Conrad Vernnon, co-director of Sausage Party, tapped for a remake treatment. Needless to say, both projects went nowhere.

As of now, no director has been announced as attached. It’s anyone’s guess as to who would take on that task. The name you’ll see most bandied about is James Gunn. Gunn started out his career in the Troma trenches, directing shorts and writing a few features. His work on the Guardians of the Galaxy pictures provides name recognition, bolstering widespread anticipation. Not something you’d normally attribute with The Toxic Avenger. Also expect a few dark horse names to be thrown out. For example, Mayhem‘s Joe Lynch, The Void‘s Steven Kostanski and Dead Snow‘s Tommy Wirkola are sure to be in that field. While not exactly household names, they’re oddball directors deserving of a big time gig.

What do you make of all this, dear readers? Are you big Toxie fans? Have you ever seen any of the films? Does the idea of Legendary Entertainment rebooting such a weird series make sense to you? What A-List actor would you like to see as the lead? Regardless of which direction this project goes in, we’ll make sure to follow developments very closely. 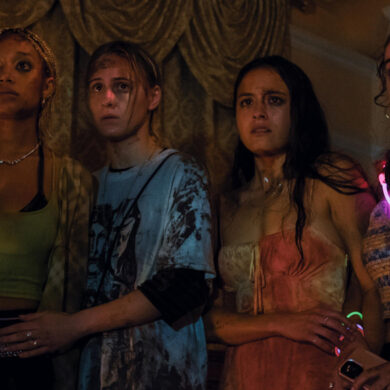