The intersection of robot uprising and dangerously rascally dolls is an area horror has dipped a toe in, and in 2023 we will get another entry with ‘M3gan’. ‘M3gan’ will be directed by Gerard Johnstone (‘Housebound’) with a script by Akela Cooper (‘Malignant’, ‘The Nun 2’) based on a story by James Wan, you really can’t beat those credentials. If that wasn’t enough to get this film on your radar Allison Williams (‘Get Out’, ‘The Perfection’) is set to star and executive produce.

For those who didn’t like their horror universe being re-imagined in the ‘Child’s Play’ reboot, ‘M3gan’ will be a fresh combination of AI gone wrong meeting dangerous toys with, presumably, devastating results. The film will also feature Ronny Chieng (‘Shang-Chi and the Legend of the Ten Rings’, ‘Crazy Rich Asians’) and Violet McGraw (‘The Haunting of Hill House’) and it looks like M3gan will be voiced by Kimberley Crossman (‘Deathgasam’).

Blumhouse, Atomic Monster and Divide/Conquer have teamed up on production and ‘M3gan’ will be in theaters on January 13th, 2023

SYNOPSIS:
Allison Williams plays Gemma, a brilliant roboticist at a toy company. She uses artificial intelligence to develop M3GAN, a life-like doll programmed to be a kid’s greatest companion and a parent’s greatest ally. After unexpectedly gaining custody of her orphaned niece, Gemma enlists the help of the M3GAN prototype – a decision that has unimaginable consequences. 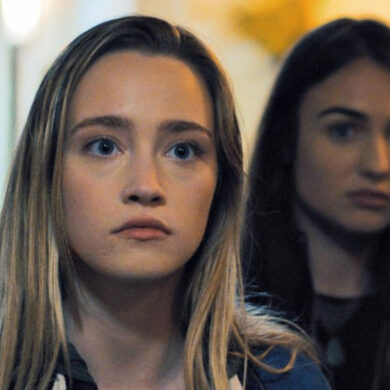