The Conjuring: How a Hand Clap Sparked a Cinematic Universe 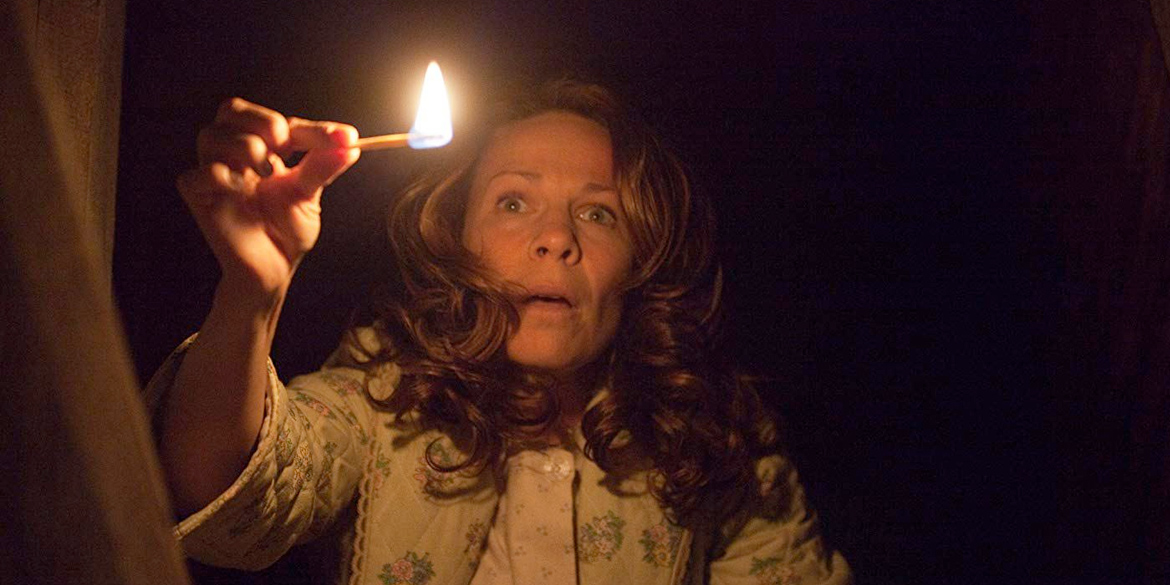 Carolyn Perron freezes, transfixed on the flame in front of her, a match she lit to uncover the presence lurking in her decrepit cellar. There is silence. Suddenly, two hands emerge out of the shadow behind her and clap twice, sending Carolyn into a constant state of dread and paranoia, because she knows something has infested her family home. The most iconic scene of 2013’s The Conjuring does not come from gore, or violence, or vulgarity. Instead, it comes from a hand clap.

With the booming success of The Conjuring, director James Wan has been able to construct a cinematic universe second only to Marvel in consistency and profitability. Wan’s feature for New Line Cinema in 2013 sparked a sequel and three spin-off films, the latest of which premiered last weekend.

The Nun overtook an uncompetitive box office, careening to a weekend gross of $53 million. For the uninitiated, the film sounds like a fanciful family drama starring Dame Judi Dench. Instead, it is the latest cash cow from the Conjuring Universe, making more money in its first weekend than any of its predecessors.

The titular character first appeared as a showstopper in The Conjuring 2, instantly becoming a fan favorite even though it was added in last-minute reshoots. The other spin-off character is Annabelle, the demented doll whose two movies have grossed approximately $560 million worldwide.

“Cinematic universe” is the corny, 21st century term used to describe the sandbox for studios to plant their tentpole series. Marvel Studios is the prime example, now with 20 entries and dozens of overlapping characters and storylines. The serialization of the Marvel films has created the most profitable cinematic juggernaut in history. Marvel movies are set up as episodes of a TV show, with each new entry added already assuming the audience is caught up. In essence, at the peak of binge culture, cinematic universes have become binge worthy.

The Marvel formula is what every other major studio is chasing. A well-executed rollout of films can create a snowball effect that can overtake the industry. There is a reason why six of top 20 highest grossing movies of all time come from the same cinematic universe.

New Line Cinema (a branch of Warner Bros.) has made tweaks on the Marvel formula, primarily by using much smaller budgets to achieve maximum profitability. Horror movies are rarely expensive, The Conjuring 2 is the only film with a budget higher than $25 million. Through one weekend, The Nun has already doubled its budget of $22 million.

Lorraine and Ed Warren are far from the quippy, colorful Avengers, and the idea of a demon-obsessed shared universe seems slightly silly and overambitious. However, these two sandboxes share the essential traits that are necessary to handle a load this large. Both studios have hired a single artistic visionary to slowly and deliberately construct an overarching tone, which is consistent and occasionally malleable. Characters in front of and behind the camera are allowed to collaborate, to an extent, as long as the singular vision is continued.

For the sake of simplicity (and to not be just another Marvel pat-on-the-back column), it is easier to just focus on the Conjuring Universe. James Wan, the director of both Conjuring films, has also worked as a producer for the three spin-offs. Wan’s jump scare style has dominated the genre for years now, stretching into his other work as a director of the first two Insidious films.

In the wrong hands, jump scares are lowbrow, effortless ploys to jolt audience members with a slow camera pan and a high-pitch sound effect. Wan’s “hide and clap” scare is the prime example of how he has mastered the trick, subverting audience expectations by allowing the clap to emerge in frame. The normal high-pitch screech follows, but the hand clap has already done its job in becoming the most memorable jump scare of the decade.

The Warrens, played by Patrick Wilson and Vera Farmiga, are the perfect through lines for these stories. Both are well-versed in dispersing these demonic beings, saving the hopeless victims a 10 minute Google search that is necessary in almost any other horror film. Ed Warren knows his scripture but he is not ordained, which becomes a weakness he has to overcome in the first film. Lorraine is straight out of a Stephen King novel, a character with intelligence and an undefinable, supernatural skill. They are caring, musically talented, and even with all of their skill and experience, both of them can still be terrified.

The Warren’s artifact room is the key to the entire franchise, allowing the spinoffs to branch off naturally and seamlessly. “Everything you see in here is either haunted, cursed, or has been used in some kind of ritualistic practice,” Ed says to a local reporter. “Nothing is a toy. Not even the toy monkey.”

It is practically impossible to hear that statement and not think of a toy monkey spin-off somewhere in the future. Samurai armor is prominently featured in the room, there is even a wooden toucan hanging from the wall. The Warren’s trophy collection is a creative gold mine that can keep the films thriving for years, which therein lies the reason why these horror movies work as a cinematic universe. Horror movies are events. By attaching a presumed level of quality and execution to any horror premise, there is little to no risk of failure for the studio.

A thematic commonality with the universe is that when the scares are peeled back, there is not much remaining, which is perhaps an appeal to general audiences. The more provocative, artistic horror films of the past decade tend to be critical darlings but unapproachable to general moviegoing audiences, leading to lackluster box office numbers.

Annabelle is not a claustrophobic metaphor for grief and motherhood like The Babadook, The Nun does not represent sexual repression and anxiety like the specter of It Follows. When a casual movie fan notices a relation to The Conjuring, they know what to expect, which is a comforting feeling to have before walking into a screening for a horror movie. These movies are cinematic roller coasters, demanding to be seen in a theater.

If the success of a shared universe can be boiled down to one specific thing, it is a strong foundation, which in most cases means the very first movie. The triumph of the Conjuring Universe rests on the shoulders of The Conjuring, just as the Marvel Universe rests on the shoulders of Iron Man. If the first entry is a hit critically and financially, each subsequent entry has the perfect recommendation tool and critical safety net. Annabelle is by far the most poorly executed film of its universe, but the brand name was still able to boost it over $250 million in worldwide box office. Similarly, if a film of comparable quality to Iron Man 2 was released before Iron Man, there would be no Thanos or Thanos memes.

The most drastic example of the “first movie” theory is the Dark Universe, which started by releasing 2017’s The Mummy, a hilarious trailer, and one of the most confounding group photos of all time.

Tom Cruise was The Mummy’s leading man but it barely made half of its budget back in domestic box office, becoming one of the year’s biggest flops. The Dark Universe has since been put on hold, with no plans to restart. An entire universe was created and obliterated over the span of one movie release, burning as brightly and as loudly as Tom Cruise’s awkward scream.

New Line Cinema was able to hire David F. Sandberg, the director of Lights Out, to helm Annabelle: Creation, a prequel to Annabelle that is just as terrifying as Wan’s two features. Without giving spoilers, The Nun, directed by Corin Hardy, is more refined than Annabelle but suffers from predictable jump scares and cartoonish characters, placing it on the back end of the power rankings. In another age, the ending of The Nun could be the “jump the shark” moment to kill the franchise, but the Conjuring Universe is showing no signs of stopping.

More importantly, what is the future of this universe and of cinematic universes as a whole? Marvel is pushing the soft reset button after Infinity War Part II, allowing the Avengers roster to overturn, most notably by Chris Evans agreeing to hang up his shield. Black Panther and Spider-Man will be pushed to the forefront, allowing space to be made for the Fantastic Four and X-Men in the recent Disney/Fox merger.

Marvel’s comic counterpart, DC Comics, has its own extended universe through Warner Bros. that is currently in a state of flux. The DCEU films have all been profitable, but with varying degrees of success. The only universally beloved entry is Wonder Woman, a trailblazing achievement that followed three of the most polarizing movies of all time: Man of Steel, Batman v Superman: Dawn of Justice, and Suicide Squad.

Zack Snyder’s interpretation of Superman set a “gritty”, melancholy tone that Warner Bros. is now actively trying to avoid. DCEU movies have always made more money than those in the Conjuring Universe, but they have always been fraught with instability and creative aimlessness.

Two of the three leading men are now both rumored to leave their roles entirely, which could force the studio to disconnect each tentpole, essentially dissolving the Justice League and the DCEU. The directors chosen for their two upcoming releases of Aquaman and Shazam! are (no surprise): James Wan and David F. Sandberg.

The Fast & Furious franchise is now branching out with its first spin-off, Hobbs & Shaw. The 2019 release could be the beginning of another cinematic universe.

After the rollout of The Nun, New Line Cinema now has three upcoming releases in various stages of production. The Conjuring 3 is loosely scheduled to release in 2020. A spin-off film featuring another monster introduced in The Conjuring 2, The Crooked Man, is currently in the script writing stage. The writer of the first two Annabelle films has been hired to direct Annabelle 3, a sequel with a tantalizing premise. In full Night of the Museum fashion, the demonic doll will bring every cursed object to life to endanger the Warren’s daughter, setting the stage for a toy monkey terror showcase.

As long as James Wan remains involved with the production of these movies, the universe could be extended for years to come. The Warrens can be recast as different ages of themselves, as long as they remain the emotional and narrative core. In an industry striving to serialize movies, Wan has organically created a pretty frightening series of his own. 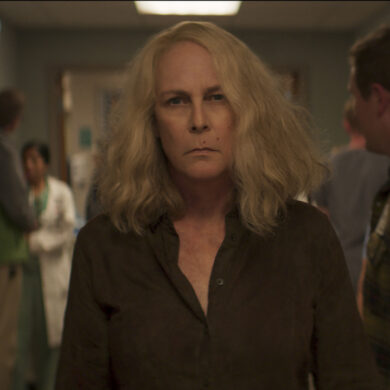