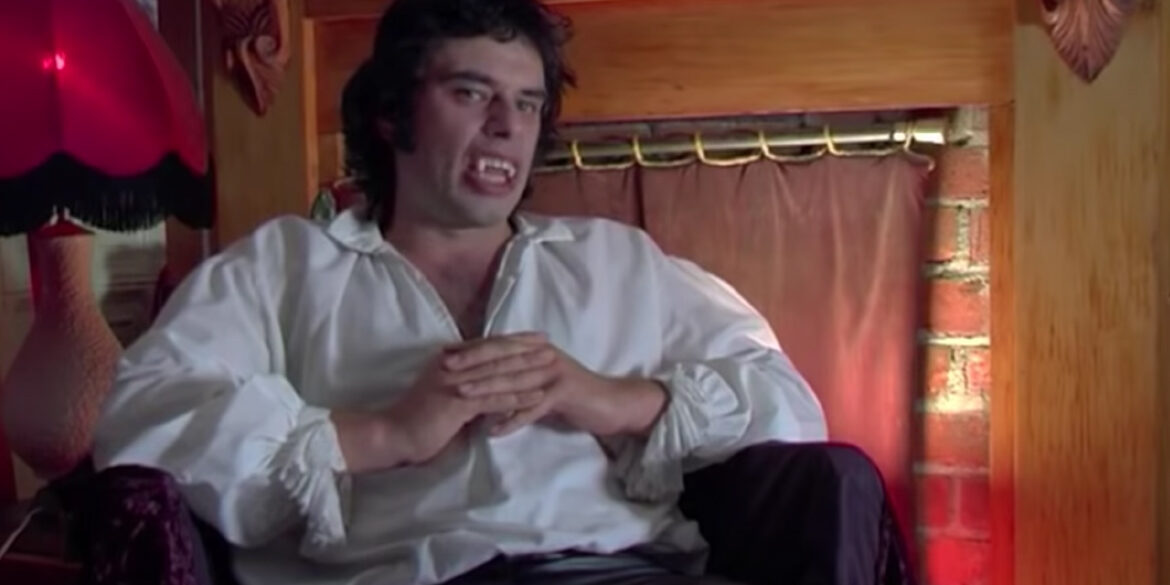 All the way back in 2014 we at Downright Creepy had the pleasure of hosting the North American debut of ‘What We Do in the Shadows’ at our film festival, Panic Fest. Fast forward to 2020 and we have a great TV series on FX Networks with a new set of characters that is just as funny as the original. Including my personal favorite vampire, Mark Proksch. Adding a new layer of characters that fit in perfectly with the original story and personality of the original film.

But the 2014 film was not the first time the documentary crew caught these vampires on film. For that we go back to the short film that inspired the film and now, dare I say, ‘What We Do in the Shadows’ universe.

Viago, Deacon, and Vladislav are vampires who are finding that modern life has them struggling with the mundane – like paying rent, keeping up with the chore wheel, trying to get into nightclubs, and overcoming flatmate conflicts.