RABID, a reimagining of the 1977 David Cronenberg film of the same name, stars LAURA VANDERVOORT (JIGSAW, Smallville, Bitten, V) and BEN HOLLINGSWORTH (Code Black, Cult) and is directed by the highly sought after “Twisted Twins” aka, the Soska Sisters (AMERICAN MARY, DEAD HOOKER IN A TRUNK). The cast is bolstered further by CM PUNK (THE GIRL ON THE THIRD FLOOR, QUEENS OF THE RING, TALKING DEAD), an American actor, mixed martial artist, comic book writer and retired professional wrestler. His Wife and fellow WWE Superstar and New York Times bestselling author AJ Lee also joins the cast in a memorable cameo.

RABID is written by Jen Soska, Sylvia Soska and John Serge, and led by the twin sister horror-movie directors that established a huge following with the 2012 slasher film AMERICAN MARY. They were already gaining momentum from various roles (writer, to actor to director) in such highly acclaimed filmed as JOSIE AND THE PUSSYCATS and FANTASTIC FOUR.
RABID has been sold to 101 FILMS in the UK, Eagle in the Middle East, A71 in Canada, Fox Asia in Pan Asia, Splendid Film in Germany as well as Benelux and Vertex Partners in CIS. 101 Films and Film Mode Entertainment are co- representing the rest of the world and have been fielding offers from other territories.

Film Mode Entertainment President Clay Epstein says, “The Soska Sisters have reinforced their talent with their vision of RABID. Distributors are going to love their commercial approach and unique twist to the story.”

“We cannot wait for Film Mode Entertainment to be unleashing our Rabid to buyers in Berlin! This film marks our triumphant return to body horror, which has been highly anticipated by our fans all around the world. We love our fans and have been blown away by the outstanding support from every corner of the globe. I know audiences will be ravenous to find out when and where they’ll be able to get their paws on our newest nightmare. Stay tuned.” Said Jen and Sylvia Soska.

The visual F/X company, MastersFX has added breathtaking effects that add incredible production value and a fresh take on the cult classic The group is known for their award-winning work on STAR TREK: FIRST CONTACT, TALES FROM THE CRYPT, THE GOOD DOCTOR and THE HANDMAID’S TALE.

Drawing influence from the original movie, the remake will follow Rose, a young woman who, after an accident leaves her scarred beyond recognition, undergoes a radical untested stem-cell treatment. While turning Rose into the belle of the ball, the experimental transformation comes at a price.

Horror enthusiasts and fans alike have been devouring news and sharing their excitement for what is considered the Soska’s mainstream breakthrough film. Cementing their place in horror history as the most talented power-directing duo working today. This remake not only features major talent in front of and behind the camera, it also is extremely relevant in today’s culture and marketplace. The story of beauty and perfection that comes at a price unfolds in the unforgiving world of high fashion. RABID is a powerful reimagining of a beloved classic that will enthrall audiences with a modern and relevant spin from the woman’s perspective.

RABID is produced by Back 40 Pictures in conjunction with Telefilm Canada, Ontario Media Development Corporation and London based, Media Finance Capital. Michael Walker, Paul Lalonde and John Vidette are serving as producers. 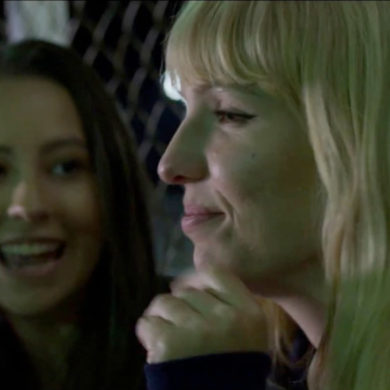