We were able to bring LUZ to Panic Fest this year but if you missed it at any number of festivals it screened at in 2019 then you will have a chance to see it in select theaters July 19th. You can watch the  new U.S. trailer right now. The stylish slick and disturbing horror film is the hellish debut from writer and director Tilman Singer.

LUZ begins as a young female cabdriver (Luana Velis, in the title role) drags herself into a run-down police station. However, a demonic entity has followed her there, determined to finally be close to the woman it loves.

Shooting entirely on 16mm, director Tilman Singer pays homage to horror masters David Cronenberg, Dario Argento and Lucio Fulci, while infusing the genre with a fresh take of his own. These are big expectations to live up to but he does nail his debut with style and horrific results. Check out the U.S. trailer below. 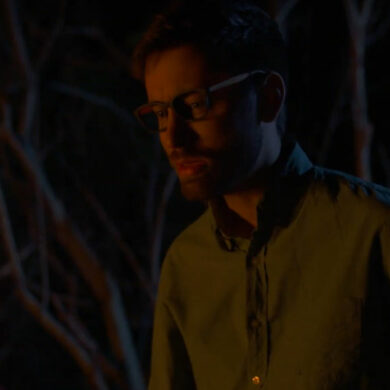