These are wild times we live in. TV programs rule the day. Countless movie stars are migrating to the small screen or are finding a career resurgence by the move. Streaming  and premium television programs are more popular than regular cable offerings. Not even cancellation is the death of a program, as a new home is just a petition or social media blast away from a new lease on life. The same goes for properties from yesteryear that never got to live out their full potential. Of course, that last bit directly concerns some crazy news about Clive Barker’s Nightbreed.

What started out as a novella, grew into a (much maligned) film, now looks like it will get the chance that people have been clamoring for, for years, in the form of a tv series, on SyFy. While not a ton of details have been made available (this seems early stages), what can be gleaned is that both Clive Barker and writer Josh Stolberg (Crawlspace, Jigsaw) are spearheading the project. Also of note is that the series will be a reboot, rather than a direct continuation. That seems like the best idea, as Nightbreedalways seems most interesting when looking at the corner of your eye.

For those who need a quick refresher, both the movie and novella focus on Midian, a subterranean city that was home to “the tribes of the moon’, which to the average person, would appear to be monsters. It’s easy to see then how such a place could bare the brunt of a few seasons of serialized stories. Have “monster of the week” episodes follow the exploits of different people, with overarching stories building on clashes with humans or a prophecy or 2. Ok, ok, so the second element may be played out, but stories like this need a solid mythology to exploit and invariably falls down that path. With Barker’s involvement (and the backing of SyFy) this could end up being something truly special or at the very least, memorably twisted.

If it makes it to the screen. It sucks to play devil’s advocate here, but as we are mentioning the hopeful possibility of a new Clive Barker venture. Those are cases where getting hopes up, must be done lightly. Nightbreeditself initially a troubled history, which only recently got somewhat rectified in a director’s cut blu-ray. That’s then not to mention the myriad of projects that were announced and then dissipated, or mostly completed then abandoned, or made, but never released. As painful as it is to say, this is a case of “I’ll believe it when I see it.”

Be sure to keep your eyes peeled here, for whatever news we may be able to dig up soon. One way or another, there’s gonna be further developments. We have our fingers crossed it ends up in the “good” column. 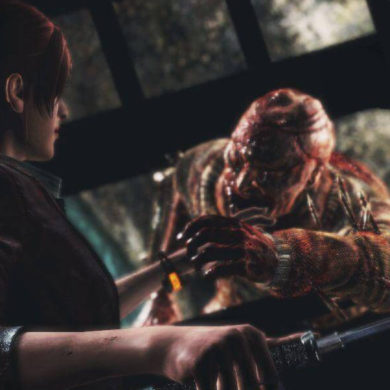