Fresh off the announcement that Saban Films had acquired rights to ‘The Haunting of Sharon Tate’ they have announced that they have also acquired North American rights to the horror thriller ‘Tone-Deaf’ just head of its SXSW debut.

‘Tone-Deaf’ follows millennial Olive (Crew) who, after losing her job and imploding her latest dysfunctional relationship, leaves the city for a weekend of peace in the country, only to discover the shockingly dark underbelly of rural America.  She rents an eccentric, ornate country house from Harvey (Patrick), an old-fashioned widower who’s struggling to hide his psychopathic tendencies. Soon two generations collide with terrifying results in this home invasion horror film that is also a darkly comedic critique of the bizarre cultural and political climate that currently exists.

Out of Sundance, Saban Films most recently announced their partnership with Kevin Smith’s highly-anticipated Jay and Silent Bob Reboot, coming on board from script stage for the sequel to the 2001 comedy Jay and Silent Bob Strike Back.

For screenings and showtimes check out the SXSW schedule > 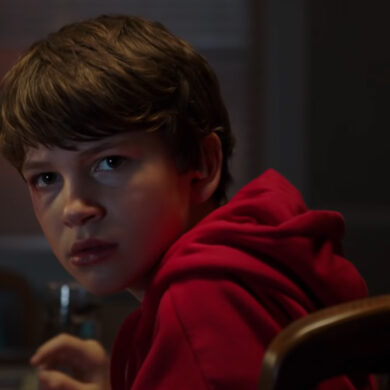