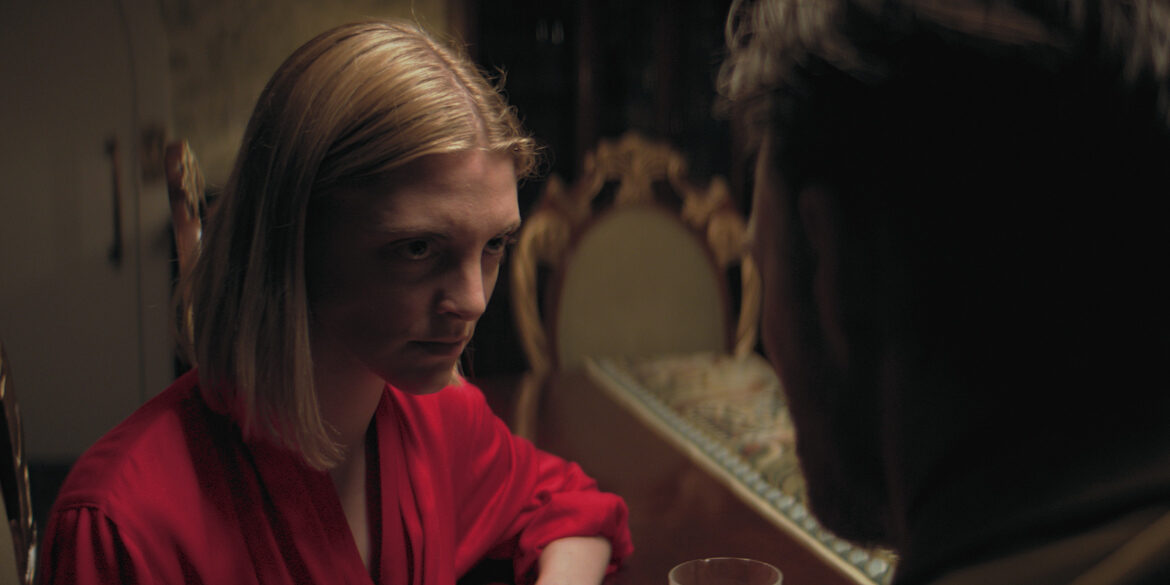 Howl at the moon and check out the official trailer and poster for Brainstorm Media’s female-lead werewolf film ‘Bloodthirsty’ coming to VOD and select theaters on April 23rd.

Directed by Amelia Moses (Bleed With Me), conceived and written by mother-daughter duo Wendy Hill-Tout and singer-songwriter Lowell, and featuring the original music of Lowell, BLOODTHIRSTY stars Lauren Beatty (Bleed With Me) and Greg Bryk (The Handmaid’s Tale) with Katharine King So in her feature film debut and veteran actor Michael Ironside.

“I want to see women on screen who make mistakes; women are vulnerable and emotionally complex.” said Moses. “I am drawn to horror as a genre because it creates a space to explore the visceral manifestation of internal struggles and anxieties.”

‘Bloodthirsty’ centers around Grey, an indie singer, whose first album was a smash hit, gets an invitation to work with notorious music producer Vaughn Daniels at his remote studio in the woods. Together with her girlfriend/lover Charlie, they arrive at his mansion, and the work begins. But Grey is having visions that she is a wolf, and as her work with the emotionally demanding Vaughn deepens, the vegan singer begins to hunger for meat and the hunt. As Grey starts to transform into a werewolf, she begins to find out who she really is, and begins to discover the family she never knew. What will it take to become a great artist and at what cost to her humanity?