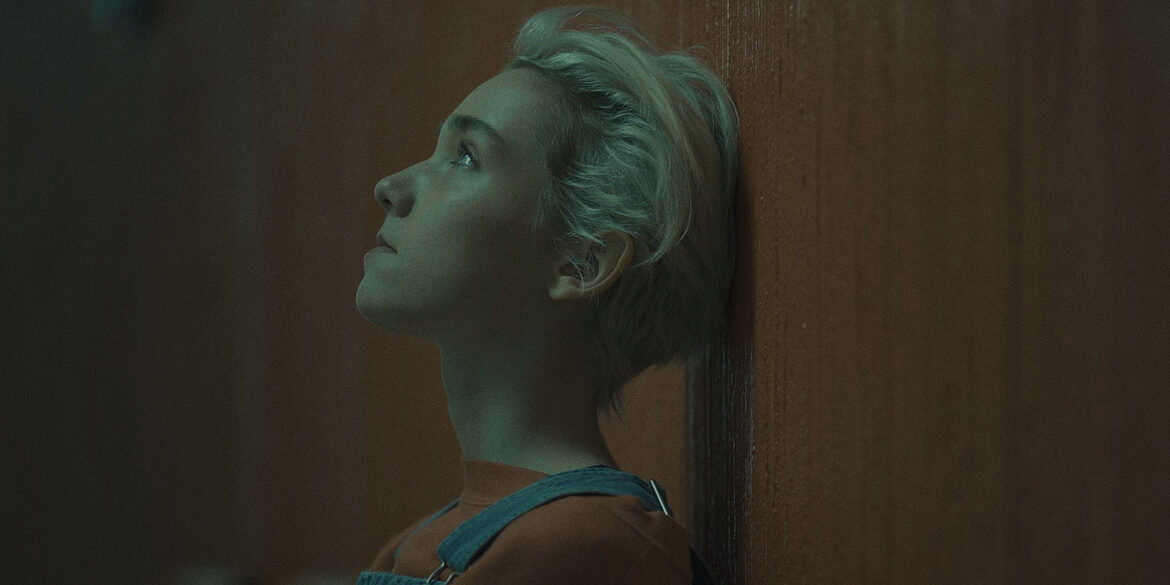 We were first aware of director Anthony Scott Burns sleep paralysis thriller at Fantasia then again back in October during the Nightstream Film Festival. If you didn’t get a chance to catch it on the short festival run you will get a chance in March when IFC Midnight releases the film.

High school student Sarah (Stone) is at her lowest point yet when she runs away from home and finds herself with no one to rely on and struggling with recurring nightmares. She chances upon a university sleep study that offers the promise of safety and money and brings her an unexpected friend and confidant in the overseeing scientist Jeremy (Liboiron). But there’s something curious about proceedings and being under observation seems to make Sarah’s disturbing dreams even worse. As the darkness begins to close in, it’s soon clear that Sarah has unknowingly become the conduit to a horrifying, new discovery…

A distinctive and compelling work of science fiction that haunts the space between wakefulness and sleep, ‘Come True’ is the sophomore feature by Canadian writer, director, cinematographer, and composer Anthony Scott Burns. Featuring an unforgettable electronic score by Electric Youth and Pilotpriest (the filmmaker’s composing moniker) and a striking performance from breakthrough actress Julia Sarah Stone (ALLURE, EVERY THING WILL BE FINE, AMC’s The Killing), ‘Come True’ is a cinematic dream well worth the submersion.

Director Anthony Scott Burns tell us where the idea for the film came from:

“I’d been fascinated with this concept of sleep paralysis since I first experienced it in my youth,” said writer/director Anthony Scott Burns. “When people are in this state, they often seem to see the exact same thing: dark shadows with eyes watching over them. Science obviously declares this a mass hallucination, but you have to wonder… Why do people see the same thing?” Inspired by the work of Nicolas Roeg, William Friedkin, Stanley Kubrick, and David Cronenberg, as well as sleep studies conducted by Berkeley University, COME TRUE seeks to ask what would happen if we could see other people’s dreams? What would we see? What would we discover about ourselves? What if these shadows from our collective dreams saw us looking back at them? “Artistically, the goal of the film was to create a classic genre narrative that could slowly hypnotize” adds Burns, “that would clearly deliver a building ‘feeling’, and finish with a moment for the audience that leaves them disoriented, lost, questioning where the line between the film and their own life ends. A dream come true”