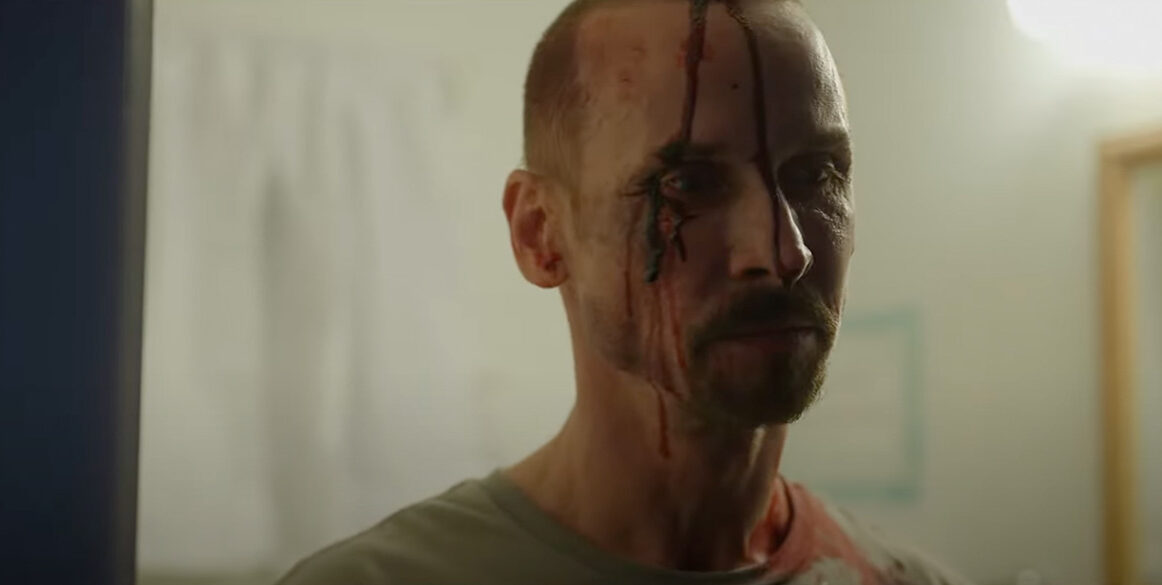 The upcoming slasher features Gabriel (Cunningham), a criminal on the run with his girlfriend Carly (Jessica Staples). The couple seek shelter in a run-down motel, only to hear terrifying noises emanating from the adjoining room. Soon, they find themselves the unlucky target of the Pale Face Killer, a masked murderer who has been tormenting the small town for years. With a trailer oozing with gore and frights, this slasher looks promising.

‘He Never Left’ is finishing up post-production, and will likely be released for a festival run in 2023—just in time for Halloween.

Check out the new trailer below. 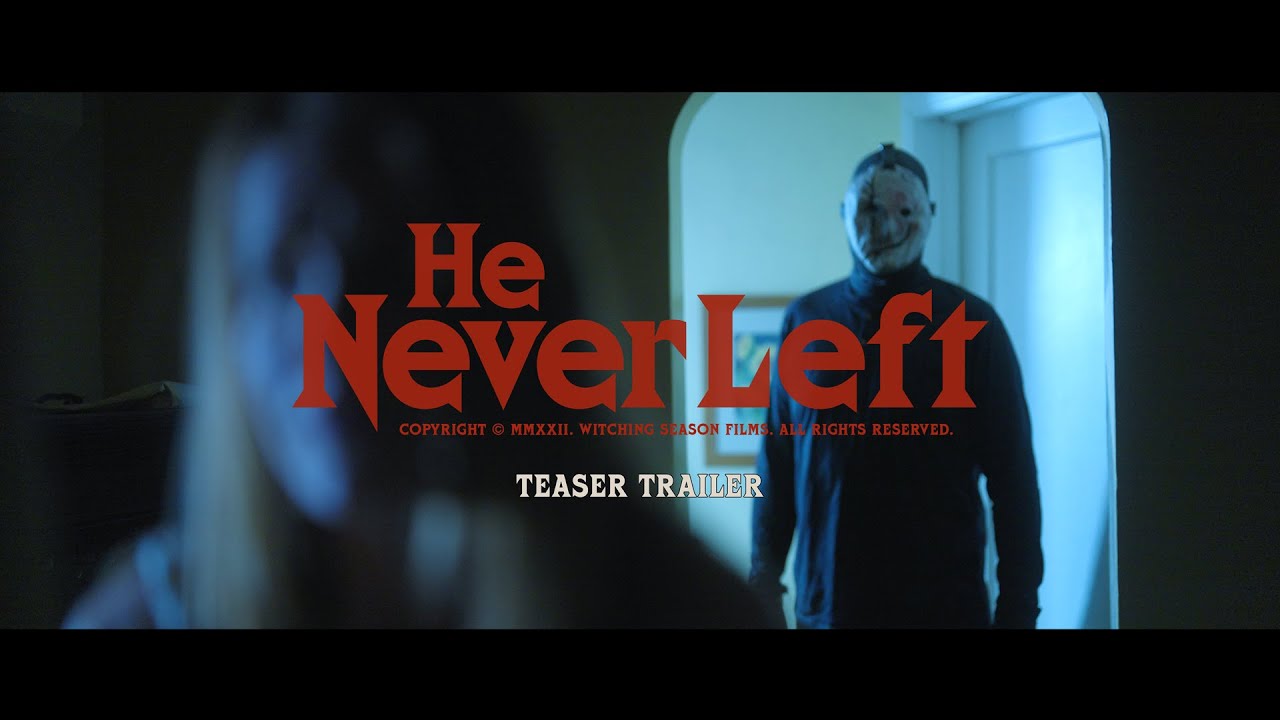