With so many Stephen King properties being turned into streaming series and films it is no surprise that ‘Pet Sematary’ has been added to that list. Many of what we have seen from King’s collection lately have been original works but there are plenty that have been remakes of the classics. ‘It’ was a smash hit at the box office due in large part to better filmmaking, cinematography and a wicked clown design that instantly became a horror icon perhaps even more than the original. But that is up for debate depending on which side of the Pennywise fence you are on.

Nevertheless the main point in all of this is the quality of the films / series that are being produced. Even though there are still plenty of King properties to get the remake treatment, so far what we have seen has really been a stellar improvement over a majority of the originals.

After watching the trailer I couldn’t help but notice the overall tone and how the filmmakers are crafting these stories seem to have a red thread about them. For instance go back and watch ‘It’ then watch the Hulu Original Series ‘Castle Rock.’ Now watch the new Pet Semetary trailer. Thematically they all feel and look like they live in the same universe. Where as a show like Mr. Mercedes has it’s own look and feel that doesn’t particularly fall in line with what we are seeing in the aforementioned properties. We also see the return of children wearing creepy masks that was previously seen in ‘Castle Rock.’ I believe ‘Castle Rock’ is only a few miles away from Ludlow (where Pet Sematary takes place) in the King universe. So there could be some sort of subtle crossover.

I think the trailer looks stellar and while Jon Lithgow is very hit and miss for me personally I think he is a great fit for this character. It would been interesting to see how someone like a Kurt Russell or Jeff Bridges could have pulled it off – but Lithgow will do just fine!

One of the more terrifying scenes to me in the original as a child was when Zelda is on screen. I had nightmares about her and I am very curious to see how they pull her off in the remake.

Check out the trailer, teaser poster and synopsis below.

SYNOPSIS: Based on the seminal horror novel by Stephen King, Pet Sematary follows Dr. Louis Creed (Jason Clarke), who, after relocating with his wife Rachel (Amy Seimetz) and their two young children from Boston to rural Maine, discovers a mysterious burial ground hidden deep in the woods near the family’s new home. When tragedy strikes, Louis turns to his unusual neighbor, Jud Crandall (John Lithgow), setting off a perilous chain reaction that unleashes an unfathomable evil with horrific consequences. 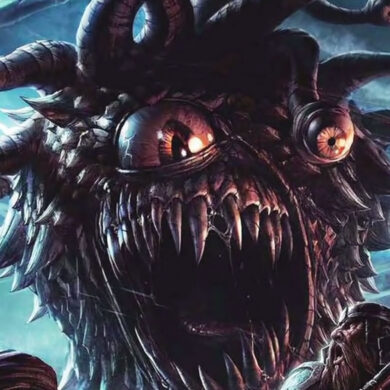