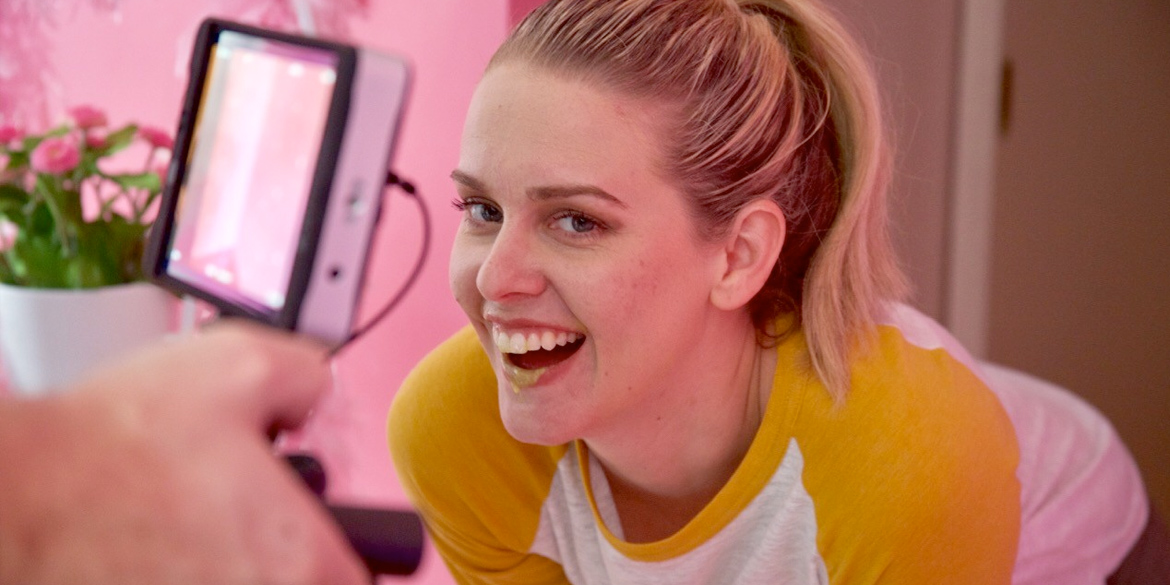 There may not have been a more strange film than ‘Brown Fish’ in our Panic Fest lineup this year. It was weird, gross and brushed up against horror making you feel uncomfortable at times. In fact it becomes sorta hard to watch in the last few minutes. Not because it was scary, but because it feels incredibly uneasy. We will spare you the exact details in hopes you get to see the short film for yourself.

Lets go back to the beginning.

‘Brown Fish’ starts with a missing goldfish and a strange smell. Now a young woman’s (Rachel Moulton) world spins out of control, as she goes to meet her friend in the park to explain her roommates (f*cking, Shirley) new art project taking place inside her apartment. What is that art project you ask? A poop cabin. You heard me. Made entirely of objects and things Shirley has eaten. One of those things happens to be her roommates goldfish.

Rachel Moulton plays is a over the top comedic character trying to convey the concept of a “poop cabin” in an elementary way – so it makes sense for her to almost overact in the role she was given to play. In the grand scheme of the things a “poop cabin” probably doesn’t deserve the hysteria her character portrays, but it should raise some red flags. Is her roommate Shirley a twisted serial killer? Cruelty to animals is sometimes the sign of a sociopath. Or is it just a harmless fad taking place in a hipster Brooklyn neighborhood because someone read an article on Buzzfeed and posted it on their Instagram?

I took these questions to writer / director Troy Deutsch.

Downright Creepy: Where did this insane idea for ‘Brown Fish’ come from?

Troy Deutsch: “The strange and off-kilter world of  ‘Brown Fish’ began to take shape in the summer of 2015, as I was compiling my short plays for a night of one-acts to be performed in NYC called ‘In a Titled Place.’ I loved how the evening was taking shape, but I needed a new piece that would startle the audience and explore just how crazy and tilted living in New York City can sometimes feel. I wanted the piece to be very much rooted in our reality but with slightly heightened language, humor, and imagery to illuminate the absurdity of life.”

Downright Creepy: Even though we are dealing with a “poop cabin” is there any bigger meaning behind the madness?

Troy Deutsch: ‘Brown Fish’ is a metaphor for the madness of the world today, a world that is forever spinning faster and faster out of our grasp. My aim is to reel the audience in with loads of humor and then play with the reality of the situation until nothing is as it seems…spiraling to a terrifying conclusion. Hopefully the audience will somehow see their own experiences reflected onscreen, but because of the absurdity and abstraction of the situation, be able to engage on a deeper level, and look at their lives a new and insightful way.

Downright Creepy: As the story progresses it does put you in the shoes of Rachel Moulton’s character at the end flipping everything on its head asking yourself if you to are crazy. Is “poop cabin” the new norm? In today’s society it just might be.

If you didn’t get a chance to catch ‘Brown Fish’ at Panic Fest you will be able to catch it at the NY Indie Theatre Film Festival on Feb 9th at 7pm in the New Ohio Theatre in the West Village. 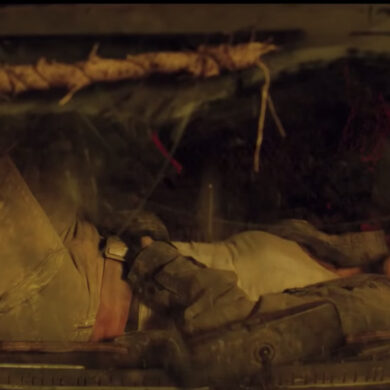