What We Do In The Shadowswriter and star Jemaine Clement (Flight of the Conchords) has told The Seattle Times that a follow-up film is already in the early planning stages. Clement said the sequel will focus on the werewolves-not-swearwolves led by Rhys Darby’s Anton. So it looks like Viago (Taika Waititi) was wrong when he utter “nobody likes werewolves.”

Clement also said that he and Waititi also gave their mockumentary a TV treatment: They pitched a What We Do In The Shadowsspin-off series to Television New Zealand that would follow the cop duo played by Karen O’Leary and Mike Minogue. But Clement didn’t seem optimistic about the show getting picked up, citing a lack of funds in New Zealand’s TV industry. So instead they turned it into a full length feature and IFC Films picked it up.

Boom Howdy (formerly Downright Creepy) teamed up with Screenland Theater in Kansas City to create Panic Fest! A 3 day horror, sci-fi and thriller film festival. Last January we were able to be the first to debut What We Do in the Shadows in North America and it was the runaway hit of the fest that included such films as Dark Was the Night, The Editor, Wolfcop and Wyrmwood. Once a sequel has been shot we will aim to bring it back to Panic Fest! 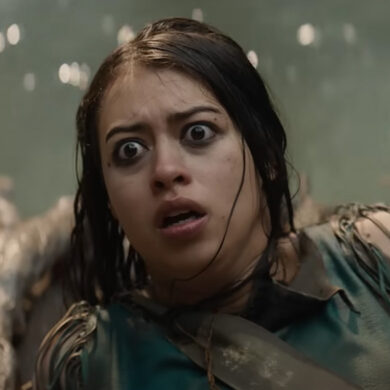