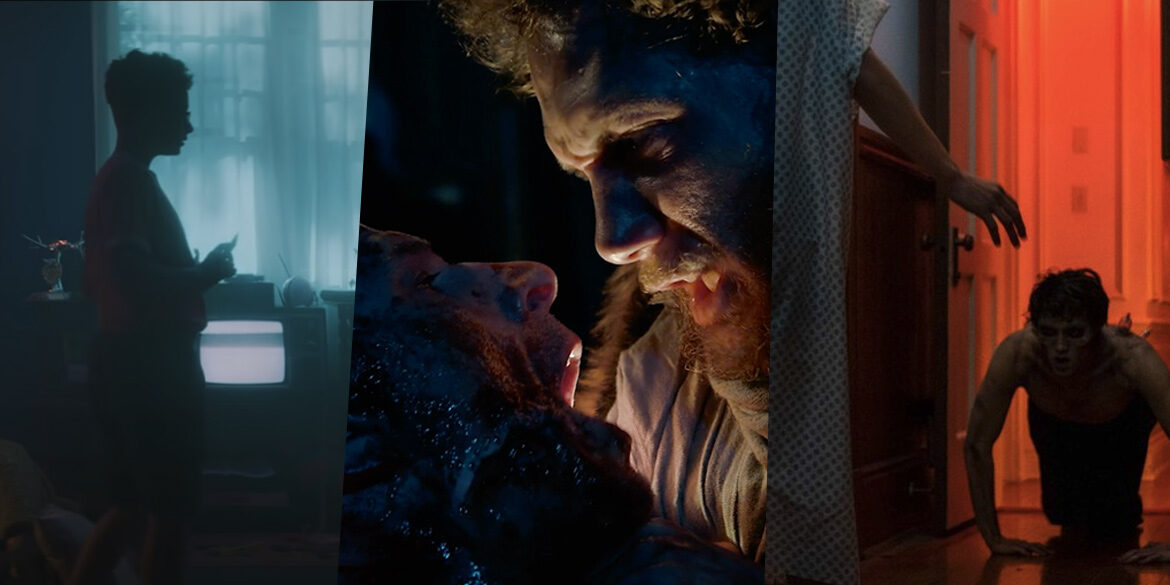 Being the short film curator for Panic Fest I see a lot of short films come my way. Some are really great and provide a calling card for filmmakers to launch themselves into the conversation for feature films in the future – or – taking their short film to the next level and producing a feature from that very material. We have seen it happen a handful of times from the films we screen at Panic Fest including the first film on our list, ‘Koreatown Ghost Story.’ I present to you my picks for the best horror short films of 2021.

In this supernatural horror tale based on a Korean ritual starring Margaret Cho and Lyrica Okano, a woman entertains a macabre marriage offer that would let her pursue her dreams, for better or for much much worse.

“With its mottled apparitions of undead suitors and a distinct aesthetic style, ‘Koreatown Ghost Story,’ created by duo Minsun Park & Teddy Tenenbaum, revels in its evocation of timeless horrors set within the bounds of a dilemma and a sense of humanity that feels hauntingly familiar.” – Jenna Zacharia

In addition to telling a story that is a metaphor for how new generations of Americans feel trapped between the cultures of their parents and that of America, thier goal was to assemble a cast and crew that included both a majority of underrepresented minorities in the film industry, as well as women in most of the key production roles. Thus the cast and crew was 60% underrepresented minorities, 60% women, and 50% Asian-American.

‘Koreatown Ghost Story’ claimed the best of fest award in the Short Film category at Panic Fest in 2021. It had an amazing festival run and is set to become a feature film in the near future. Keep an eye on this one for our future most anticipated list. 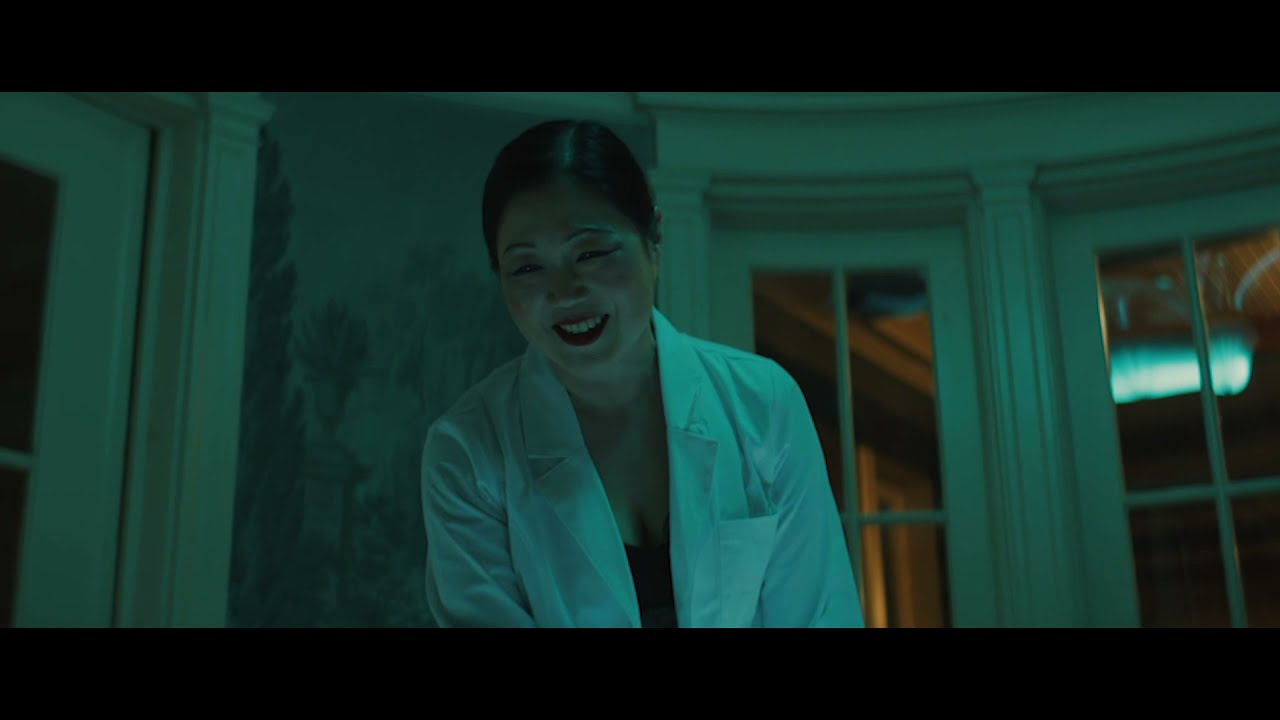 A Melbourne-based short centered around a cursed ballerina music box acquired from a garage sale, is the directorial debut for both Glenn Delaney and Peter David Howard within the Horror genre.

This film feels like it was ripped straight out of ‘The Conjuring’ universe and provides creepy vibes with zero dialogue. Just a music box and an ominous feeling that something isn’t quite right. The make-up effects pop off the screen and feel like the dancer may very well be right behind you.

“Given the absence of spoken language, ‘Pirouette’ relies almost entirely on its meticulous production design, strong performances, and telling soundscape to curate a strong sense of how this world is meant to be perceived at first glance. And the film certainly accomplishes this.

The ambiance of Kate’s home, which doubles as a stonecutting workspace, grants audiences a distinct sense of personality with regards to our unfortunate victim (Ani Priyo) before she even comes face to face with the creepy ballerina-deity (Hannah Sims). Which, might I add, is no small feat, considering the short’s less than seven-minute run-time.” – Jenna Zacharia

We expect to see bigger and better things from the team of Delaney and Howard in the future. Had a blast sharing this one with our Panic Fest audiences. 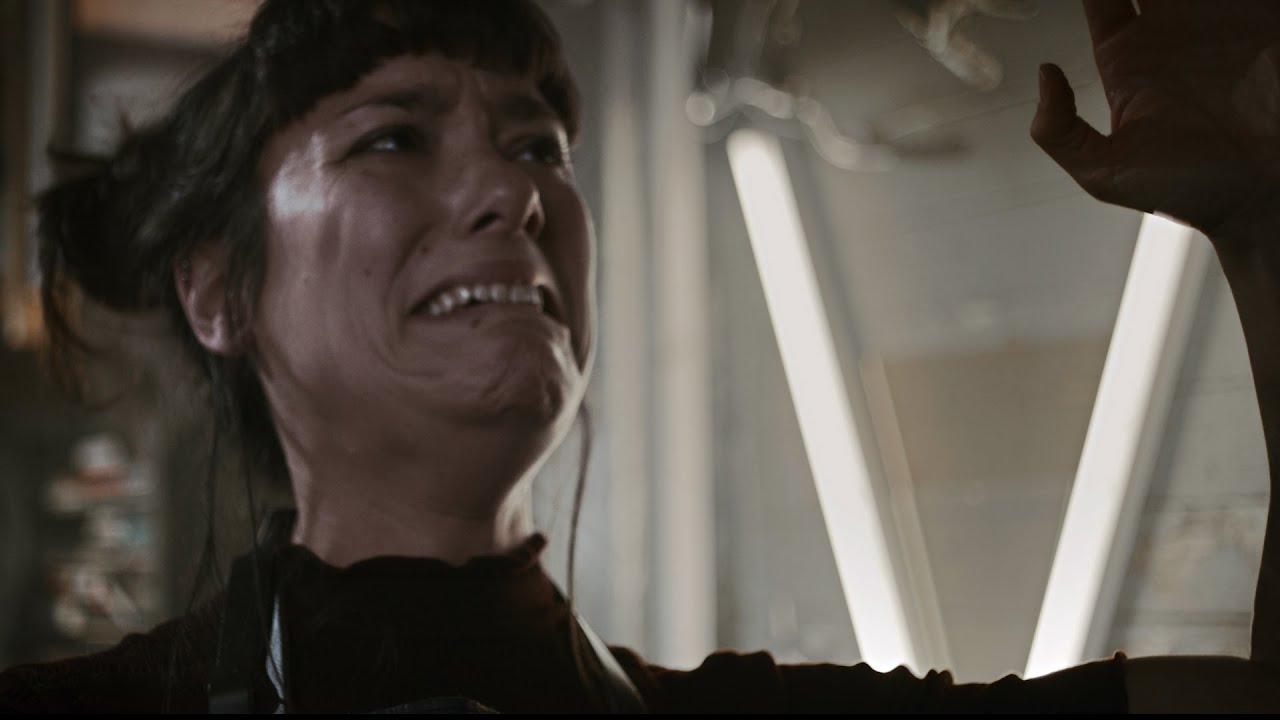 The Occult Son is a horror-comedy from director Patrick Murphy that centers around a couple’s morning that is interrupted when a witch moves in next-door during a solar eclipse. The film isn’t just about what unfolds with their new strange neighbor but also a play on relationships and trust with a comedic and horrific spin. 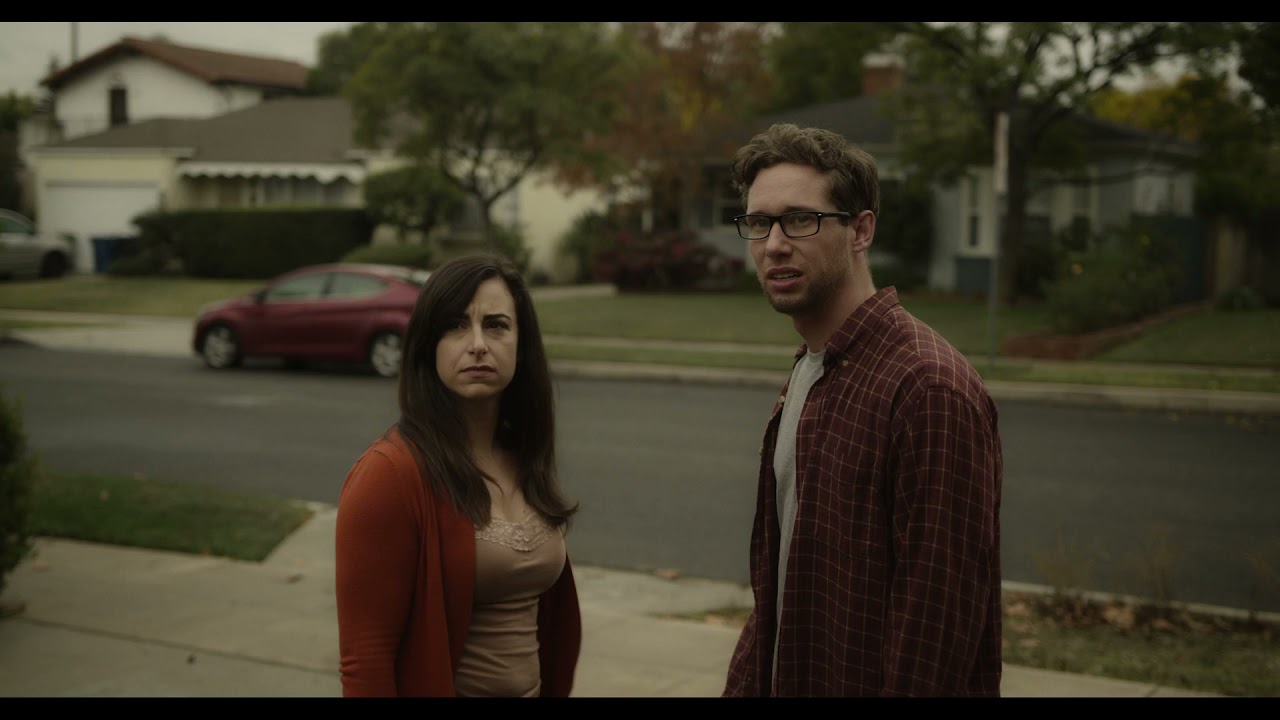 ‘The Relic’ feels like a scene that could live in any version of ‘The Thing.’ Featuring a group of adventurers in search of a mythological object get more than they bargained for when they discover the legend foretelling the end of all life in the universe could actually be true. The short jumps right into the action that will leave you tense from the very beginning. With great performances and even better special effects I would love to see this made into a feature. Check out the trailer for J.M. Logan’s ‘The Relic.’ 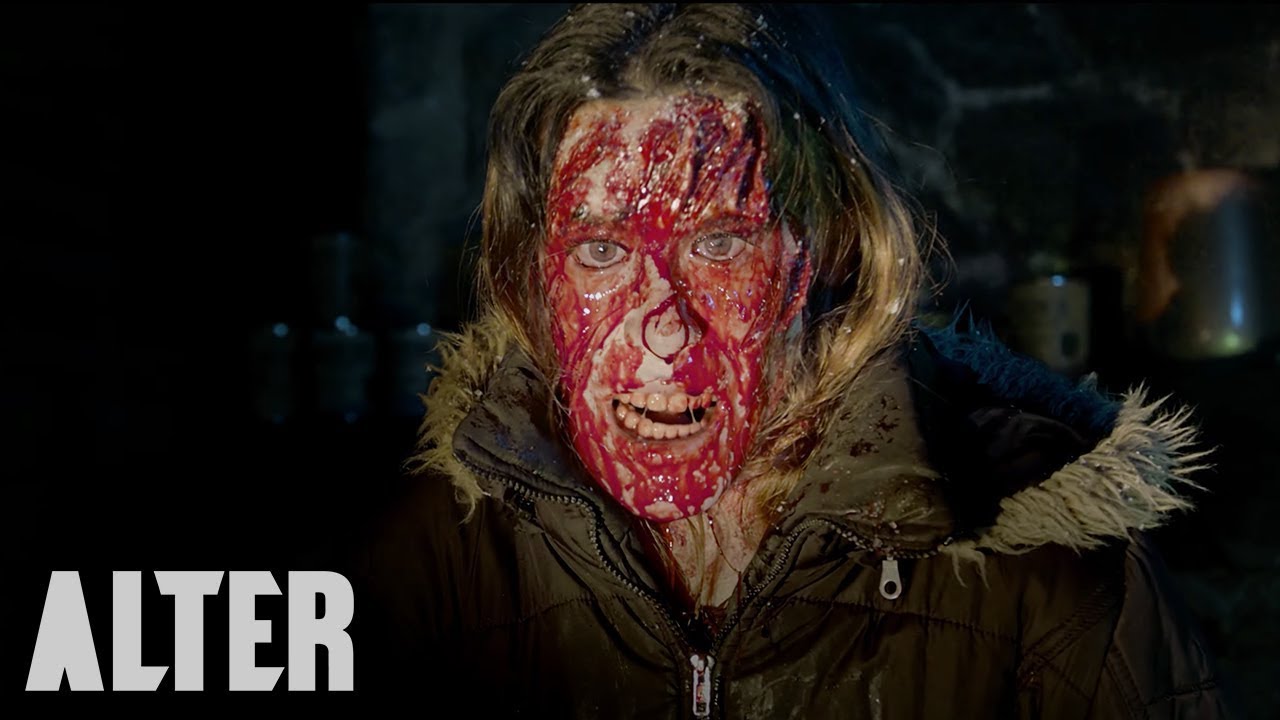 If you are familiar with the text based video game ‘Stories Untold’ then ‘The House Abandon’ will be right up your alley because it brings the video game to life in film form and I am here for it. Playing on my love for all things nostalgic it delivers on atmosphere and tone that fans of ‘Stranger Things’ will love, but in a more brutal way. Even though the most horrific thing is done off-screen. Check out the short below. 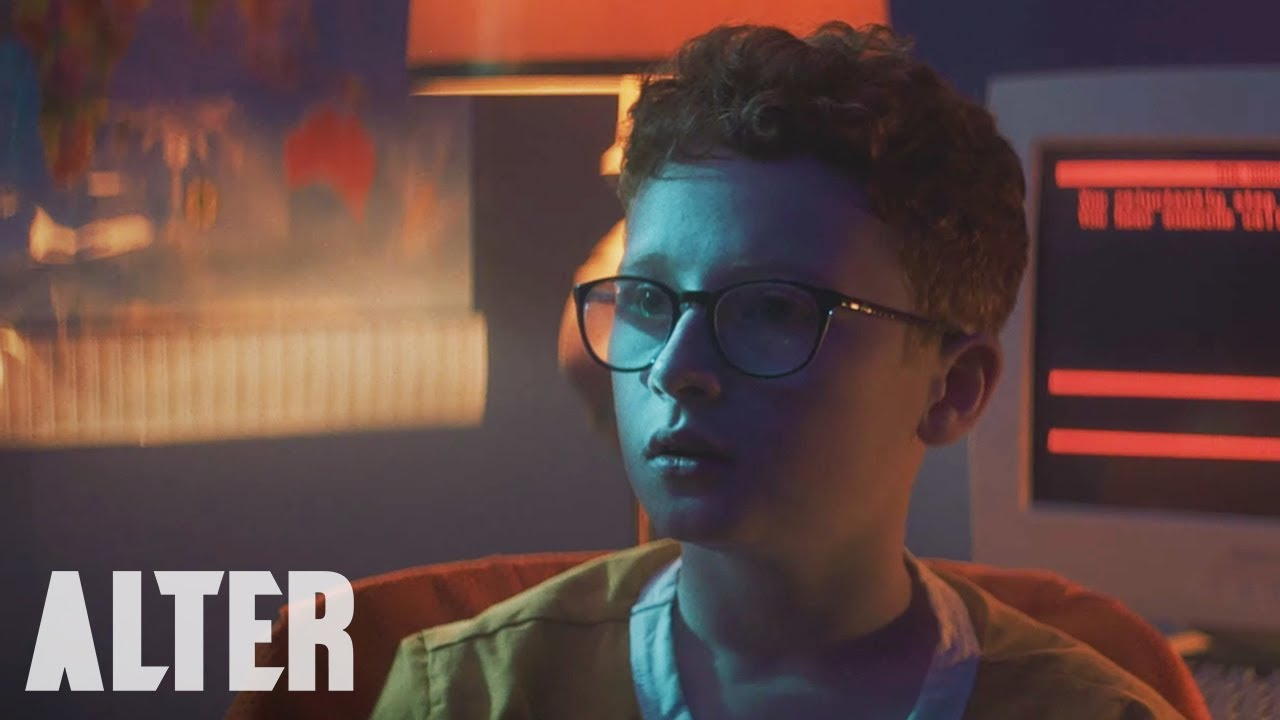 Mash-up an aerobic’s workout video with satanic rituals? OKAY! This is what you get to experience with ‘Satanic Panic ’87.’ While completed in 2019 it only recently made its debut on ALTER. It’s fresh and original play on nostalgia is a breath of fresh air from writer and director Bryan M. Ferguson that makes me want to plan my new year’s resolution to work out more. Do some stretches and watch the short below. 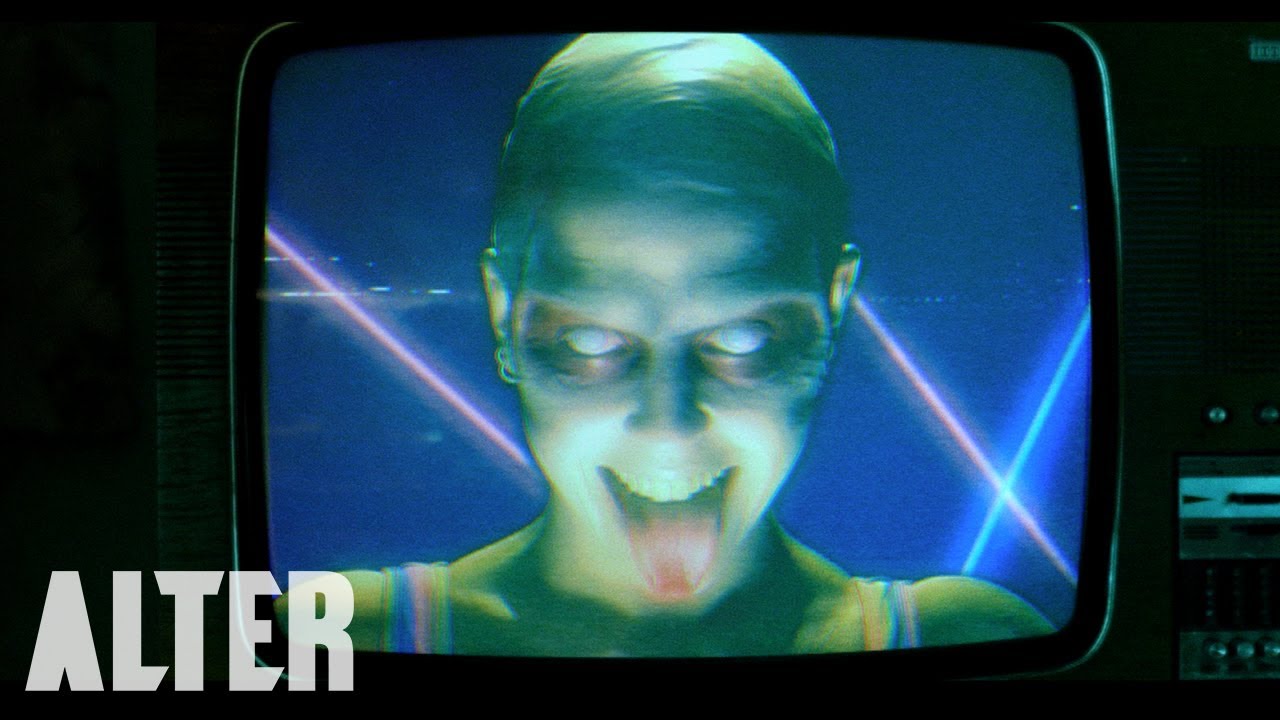 Another film that was made in 2019 but only recently saw a wide release on ALTER is ‘Dark Water.’ The short focuses on the narrative of a deep-sea environment that unexpectedly manifests in the walls of a grieving women’s suburban dwelling; an impossible, flooded inner-architecture. It explores familial trauma through the darkly surreal tale of a woman who discovers an ocean within her house. The life forms that dwell in this space are both real and a manifestation of the resident’s internal psychological state, as she comes to terms with the death of her mother. Dark Water is underscored by both a sense of human loss and contemporary concerns around habitat loss within our oceans. 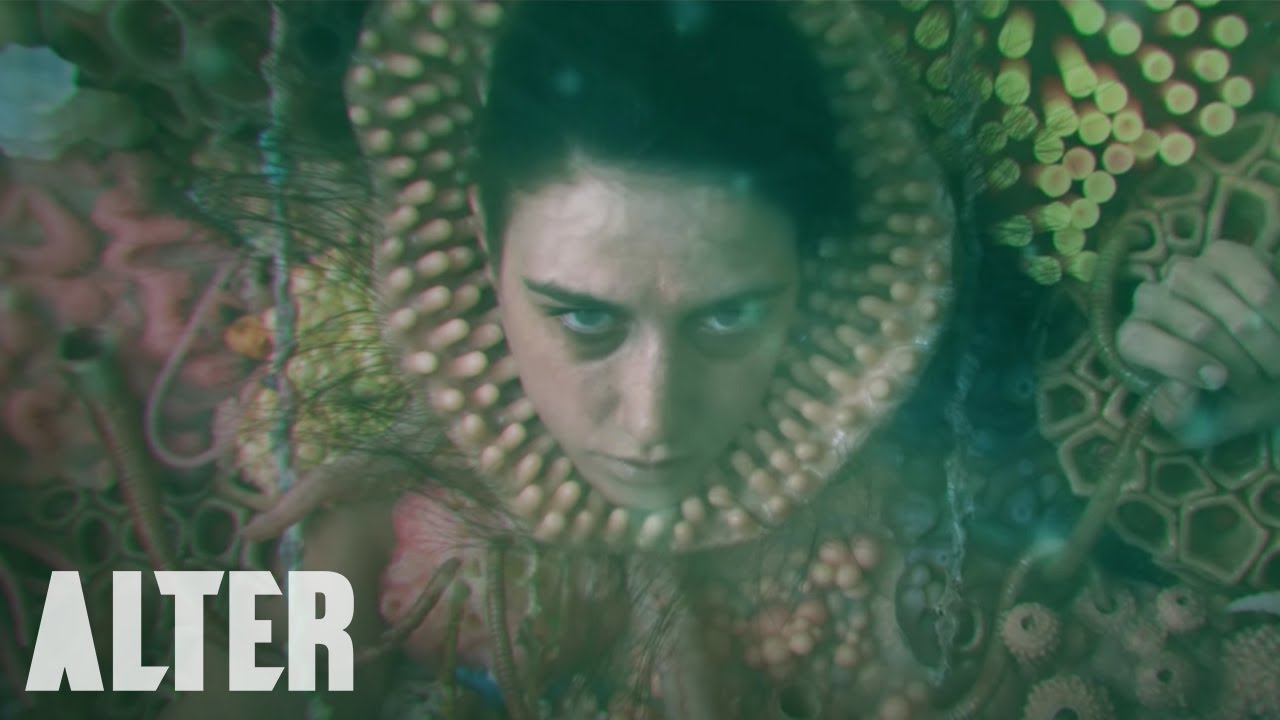 With the scandal that took place in the U.S. Women’s Gymnastic scene, the short film ‘Stuck,’ certainly stuck its landing. David Mikalson’s (Writer / Director) film follows a gymnastics coach must deal with a man who has taken an interest in the young girls she coaches. The man makes a bold move and the coach responds with an even bolder one that had our audiences at Panic Fest cheering.  Look for this one to be available to watch soon, after it concludes a very successful festival run. 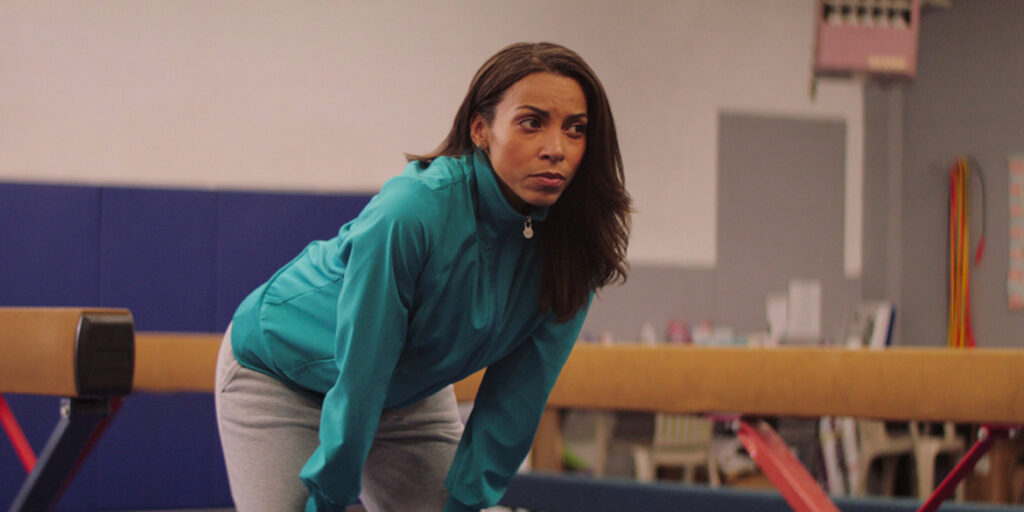 Body of the Mined

‘Body of the Mined’ is the story of a quiet, young woman who moves into a new building and meets a brilliant and reclusive engineer at the brink of completing a bizarre, extraordinary machine. When they collide with three ruthless criminals on the hunt for valuable scrap, a bloody brain-bending climax unravels, savagely altering their lives and the very structure of their existence.

Eric Jungmann wrote, directed and even starred in the film as a villain you really want to punch in the face. He was a true triple threat that achieved greatness on each level. ‘Body of the Mined’ is a fantastic first effort from Jungmann. It was not only smart, original but also featured great performances. 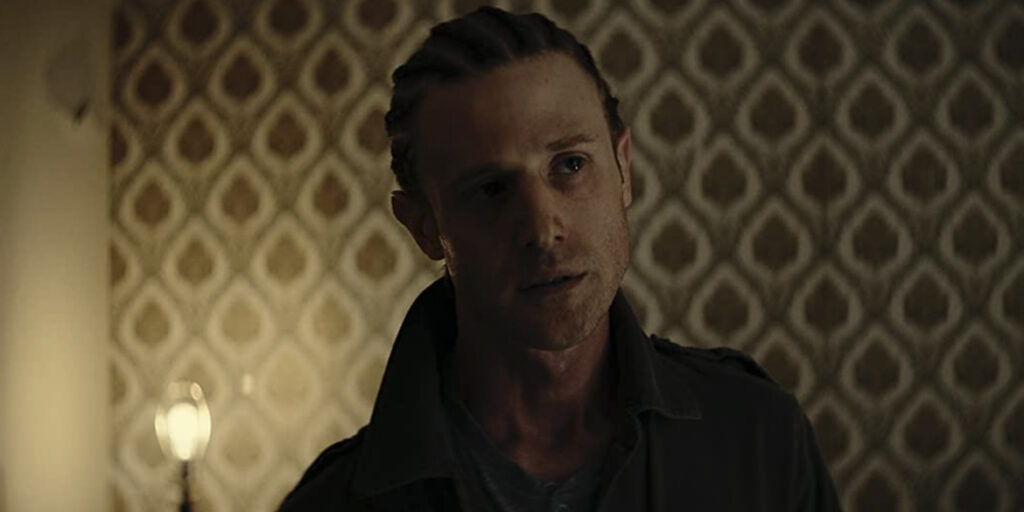 Director Brian Sacca brings his dark unconventional horror short, ‘Joanne is Dead’ to the Midnighters section of SXSW and it lives up to the badge of honor. It is a quirky, thrilling examination of the preconceived notions we attach to older generations.

You might know Sacca from his work on the TV series ‘Wrecked.’ Which also takes a bit of dark humor approach when a plane crashes on a deserted island on the way to Thailand and the remaining survivors of the crash struggle to get along and heads clash as they have differing views on how to stay alive.

‘Joanne is Dead’ finds the delicate balance of comedy, horror, broaches the topic of dementia and tips it on its head. The film uses a single location to its advantage, backed up by great actors that fit each and every personality, and a scene at the end that will invoke horror classics of yesteryear while leaving your dark heart laughing and wanting more.

Moral of the story…listen to your elders or you may not outlive them.

SXSW 2021 REIVEW: ‘Joanne is Dead’ Asks You to Respect Your Elders – Or Else